One of the most beautiful views in the entire Big Bend National Park has to be the one from the South Rim. I posted a photograph last weekend of the sunrise that I witnessed during my recent trip to the Park. The photograph below was taken after the sun had risen. I was maximizing my time on the Rim and I wanted to take advantage of the golden glow of the sunrise before the long hike down to the lodge. I mentioned that the wind was howling and as such it was hard to find adequate foregrounds. I did manage to find this tree which was fairly stiff and the century plant stalk on the right which was moving but much less so than the grasses in front of me.

One of the things I like about this view is that you can see Santa Elena Canyon off in the distance. It’s that crack in the middle of the wall in the center portion of the image. I have taken numerous photographs from that vantage point and it was great to see it all lit up from a distance. 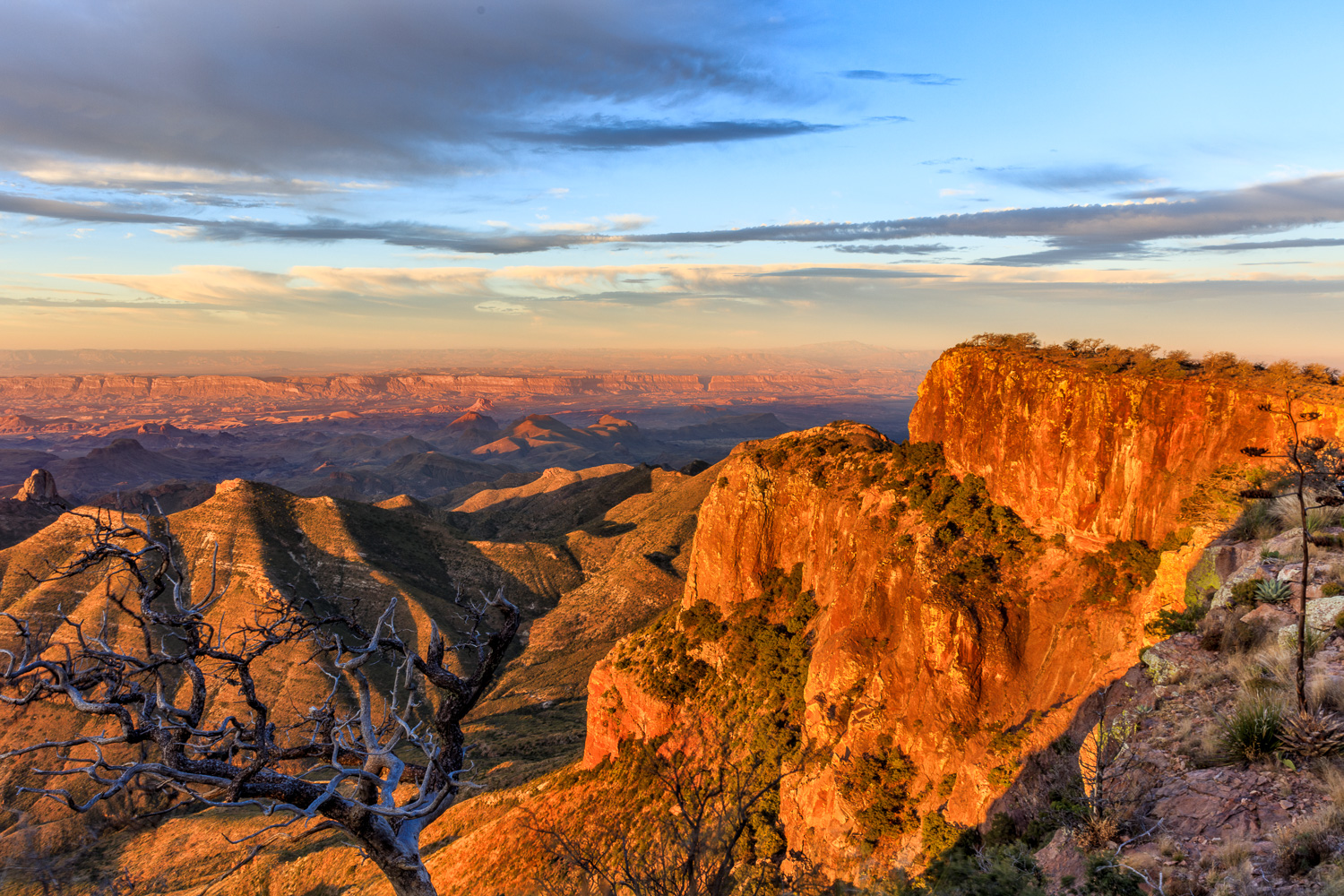 This image was taken with my Canon EOS 5DS using my Canon EF 24-70mm f/2.8L II USM Lens set on 24mm. The camera was set on Manual mode with the aperture set at f/14, shutter speed at 1/10th of a second and the ISO set at 100. I used a tripod for stability. I captured three images (-1, 0, +1) and brought them together in Lightroom using the HDR feature. I then finalized the image in Photoshop using Nik Color Efex Pro.

You can access my Big Bend National Park collection by clicking here. Please use the section below to post your comments, questions or suggestions.