I photographed the moonrise over Castellan Mountain at Big Bend National Park during a very rare event. Not only was the moon rising at the same time as the sun was setting but the moon was larger than normal. I really liked how the golden glow of the sunset lit up the mountain while the moonrise had a hint of “moon burst”. It was truly a unique event. I also liked the contrast between the Tuff field and the volcanic rock layers of the mountain.

I recently posted a Moon in Motion sequence that I captured shortly after I captured this one.

This year, the full moons of October, November and December all take place when the moon is at its closest point in its orbit around the Earth, a so-called super moon. The full moon was not only the closest and brightest super moon of 2016 but also the largest since 1948 and it won’t come this close to Earth again until 2034. 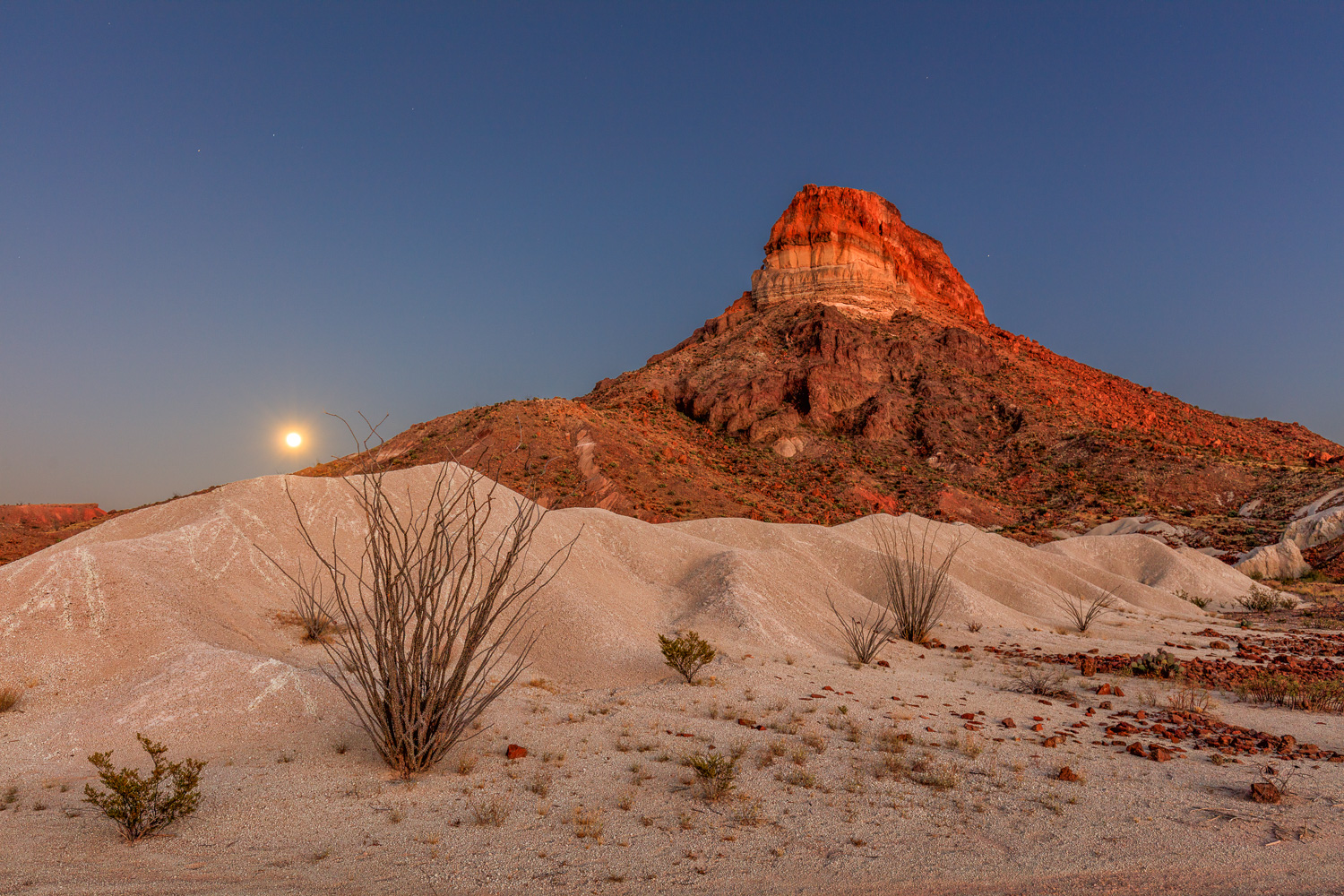 This image was taken with my Canon EOS 5DS using my Canon EF 16-35mm f/4 Lens set on 24mm. The camera was set on Manual mode with the aperture set at f/8, shutter speed at 15 seconds and the ISO set at 100. I used a tripod for stability. This is a single image processed in Lightroom then finalized in Photoshop using Nik Color Efex Pro.

You can access my Big Bend National Park collection by clicking here. Please use the section below to post your comments, questions or suggestions.