I paid a visit to Millennium Park during my visit to the windy city and stopped at the McCormick Tribune Ice Rink to practice a photography technique that I have been working on for a while. It is a tradition for families to visit the rink during the Thanksgiving holiday and the rink was quite crowded. There are ways to remove people from a photograph using a feature found in Photoshop. This is a very handy feature when trying to photograph crowded places. It involves taking a number of photographs and using Photoshop to eliminate objects that are moving and keep those that are constant. I decided to try it at the ice skating rink since it was quite crowded. It did not completely remove all the people but I liked the effect it created. I will post another photograph soon of my second attempt in another area of the park. I highly recommend this part of the park, especially during the fall holidays. 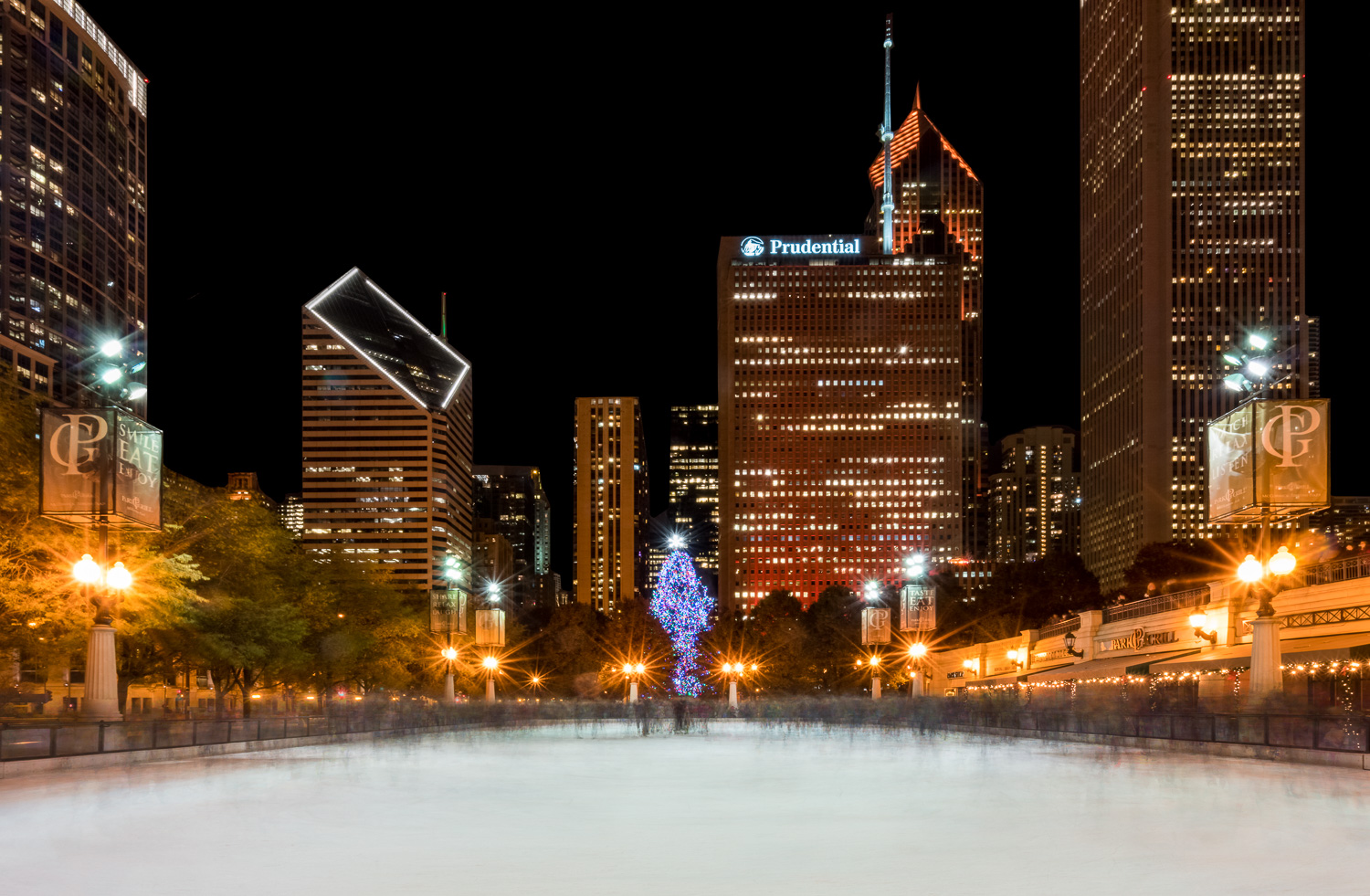 This image was taken with my Sony Alpha A7R II using my Sony 16-35mm f/4 Lens set on 16 mm. The camera was set on Aperture priority mode with the aperture set at f/22, shutter speed at one second and the ISO set at 100. I used a tripod for stability. I captured 31 photographs and used a special technique in Photoshop to remove all the people. I completed the image in Photoshop using Nik Color Efex Pro.