I photographed this American Bison bull during my first full day in the Grand Teton National Park. The bull walked right in front of a fairly large group of people and acted as if we were not there. It was quite amazing. I was very impressed with his size. A very beautiful but massive animal. I would certainly not want to be in front of him when he’s not happy.

The American Bison has a very long history in North America. Bison populations before 1880 are estimated to be in the 60 million range. By 1900 there were around 300. The significant decline was due to hunting and the introduction of bovine diseases from cattle. Today, the population has rebounded to around 400,000. The Yellowstone area plays a big role in their survival and ongoing population increase.

There is a big of confusion between bison and buffalo. Early American settlers called bison “bufello” due to the similar appearance between the two animals, and the name “buffalo” stuck for the American variety. But it’s wrong. The American bison (Bison bison) lives only in North America, while the two main buffalo species reside in Africa and Asia. A small population of bison relatives called the European bison (Bison bonasus) lives in isolated parts of Poland. 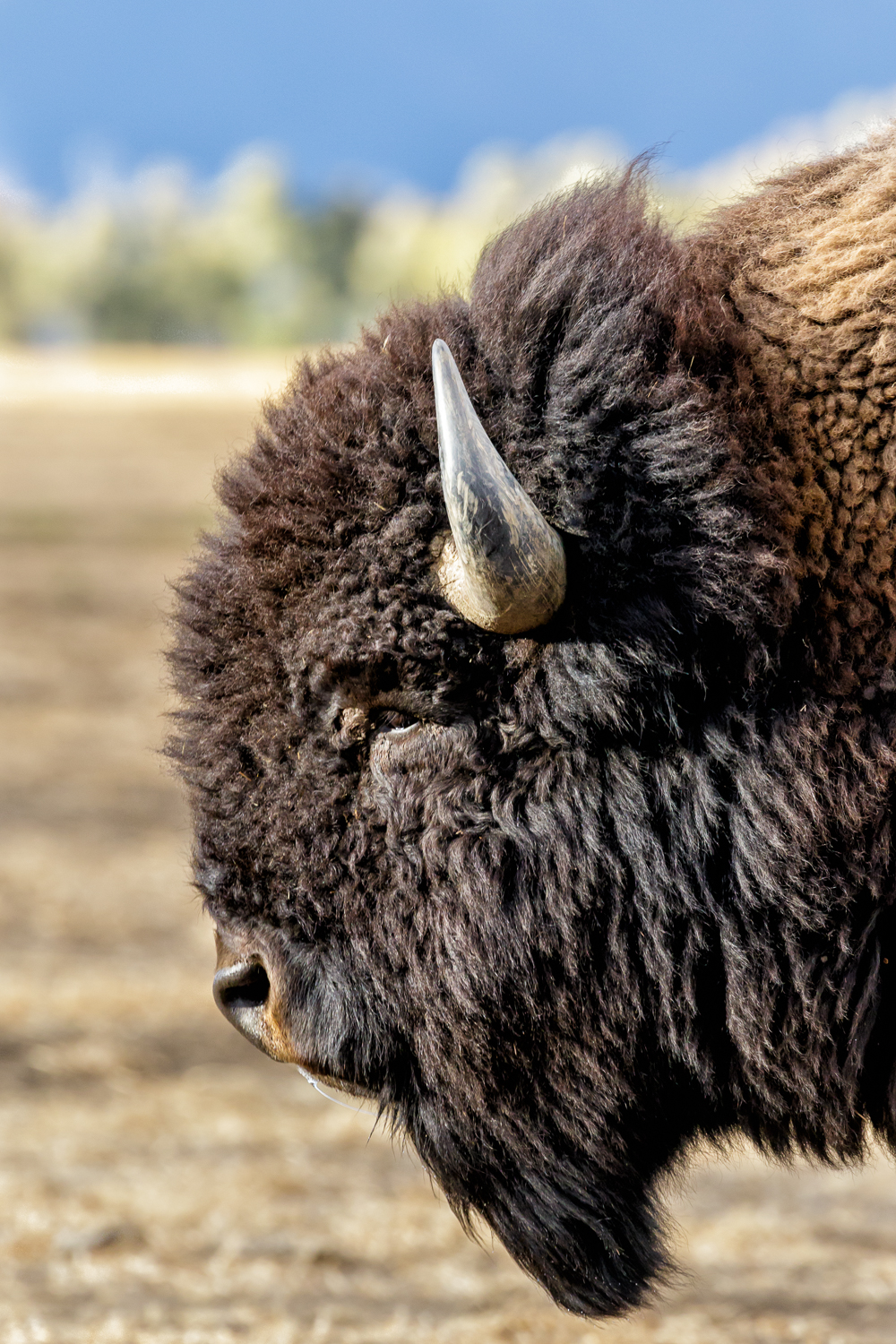 This image was taken with my Canon EOS 7D Mark II using my Canon EF 100-400mm f/4.5-5.6 II Lens set on 400mm. The camera was set on Aperture Priority mode with the aperture set at f/8, shutter speed at 1/320th of a second and the ISO set at 800. I hand-held the camera and should have used a tripod. This is a single image processed in Lightroom and finalized in Photoshop using Nik Color Efex Pro.

You can access my Yellowstone/Grand Teton collection by clicking here. Please use the section below to post your comments, questions or suggestions.