We stopped to photograph the Madison River reflection during our last full day in the Yellowstone National Park. The water was completely still, the clouds were good and the morning sunrise light was great! I decided to setup my tripod low to the ground and capture a wide view using the panorama technique. I used my “nodal slide rail” to avoid Paralax Errors (a subject I will explain in a future post).

The Madison River, which begins in Wyoming, is a tributary to the Missouri River. It measures 183 miles long. The Madison rises in Park County in northwestern Wyoming at the confluence of the Firehole and Gibbon rivers. It flows west then north through the mountains of southwestern Montana before joining the Missouri River. The river was named in 1805 for U.S. Secretary of State James Madison, who would succeed Thomas Jefferson as President in 1809. The western fork, the largest, was named for President Jefferson and the east fork for Treasury Secretary Albert Gallatin. 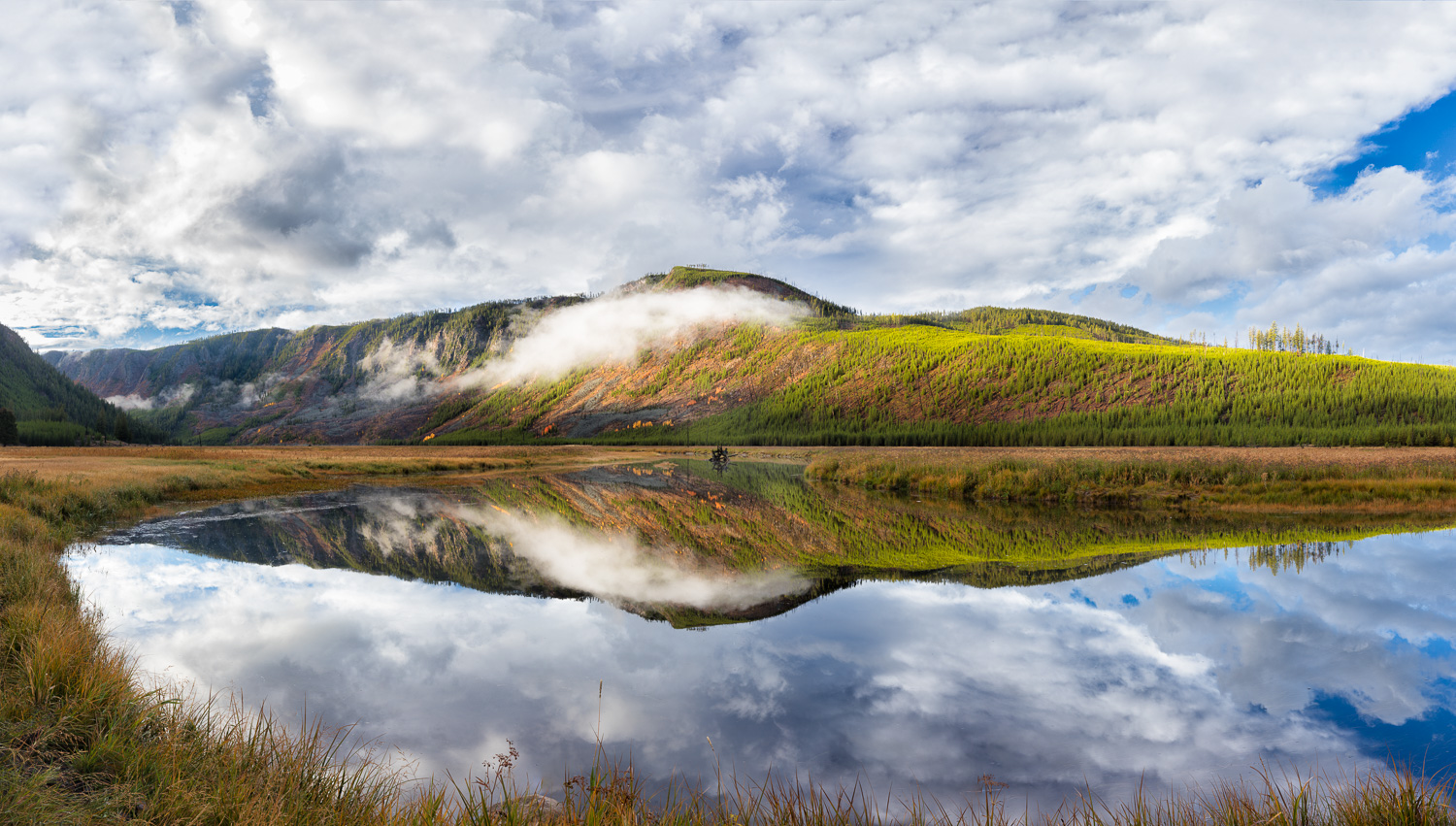 This image was taken with my Canon EOS 5DS using my Canon EF 16-35mm f/4 Lens set on 35 mm. The camera was set on Manual mode with the aperture set at f/16, shutter speed at 1/3rd of a second and the ISO set at 100. I used my Kirk Long Rail to avoid Parallax Errors and captured eight images for the panorama. I stitched them together into one image using Lightroom. I did the preliminary processing in Lightroom then completed the image in Photoshop using Nik Color Efex Pro.

This image is best viewed large. Click on the image to enlarge it. Please use the section below to post your comments, questions or suggestions.