I still have a few unprocessed images from my trip to Big Bend National Park last spring. Night sky photos, especially Milky Way photos, require special processing so I procrastinated on processing them. I decided to tackle my processing backlog given that I chose to stay indoors due to the recent sweltering heat and then the constant rain. This photograph is of the Milky Way Galaxy over the Alvino House which is located near the Castolon Ranger Station. We arrived early at the location in order capture the Milky Way’s Galactic Center then heading over to our sunrise location where I photograph the Chimneys Trail sunrise.

We used flashlights to light up the doorways of the house and the building was illuminated by the interior lights of our vehicle. The clouds kept moving by but they did not interfere with the Milky Way.

The Alvino House is named after Alvino Ybarra who lived there with his family from 1918 through 1957. In the early 1900’s a fellow by the name of Cipriano Hernandez built the home and he also opened the first store in the area. Operating the store out his home, he sold goods to his neighboring farmers and to the mining community in Terlingua. Many families moved north to escape the Mexican Revolution raged south of the border. The U.S. military was brought in to protect the area from bandit raids in 1916. 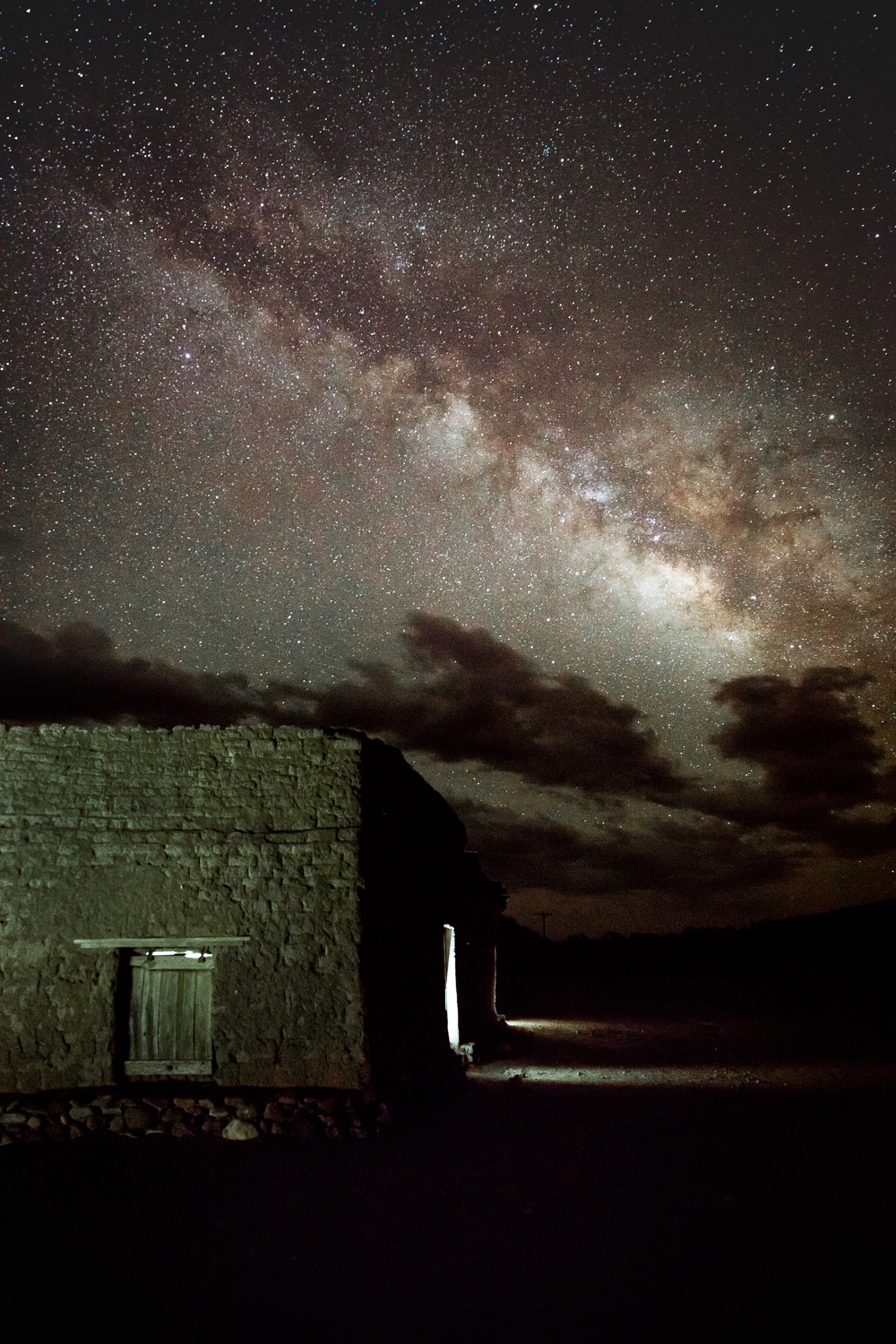 This image was taken with my Canon EOS 5DS using my Canon EF 16-35mm f/4 Lens set on 16 mm. The camera was set on Manual mode with the aperture set at f/4, shutter speed at 20 seconds and the ISO set at 6,400. This is a single image processed in Lightroom, Photoshop and Nik Color Efex Pro.

You can see other photos of my trips to Big Bend NP here or other night sky photos here. Please use the section below to post your comments, questions or suggestions.