I mentioned in yesterday’s post that I was heading to Trinity Episcopal Church to photograph one of Buffalo’s architectural marvels when I went into “Babeville” by accident. Well, the following day I finally made it to the right place. The photo below is of the main sanctuary at Trinity Episcopal Church. I was not disappointed when I saw the marvelous design, stained glass windows and wonderful decorations.

Trinity Episcopal Church was built in the 19th century and it is a great example of Gothic Revival and Victorian Gothic styles. The oldest part of the complex was built in 1869 and the main church was finished in 1886. The stained glass windows you see in the photo below were designed by John LaFarge and Tiffany Studios (yes, the Tiffany Glass people). The church was listed on the National Register Of Historic Places in 2008. 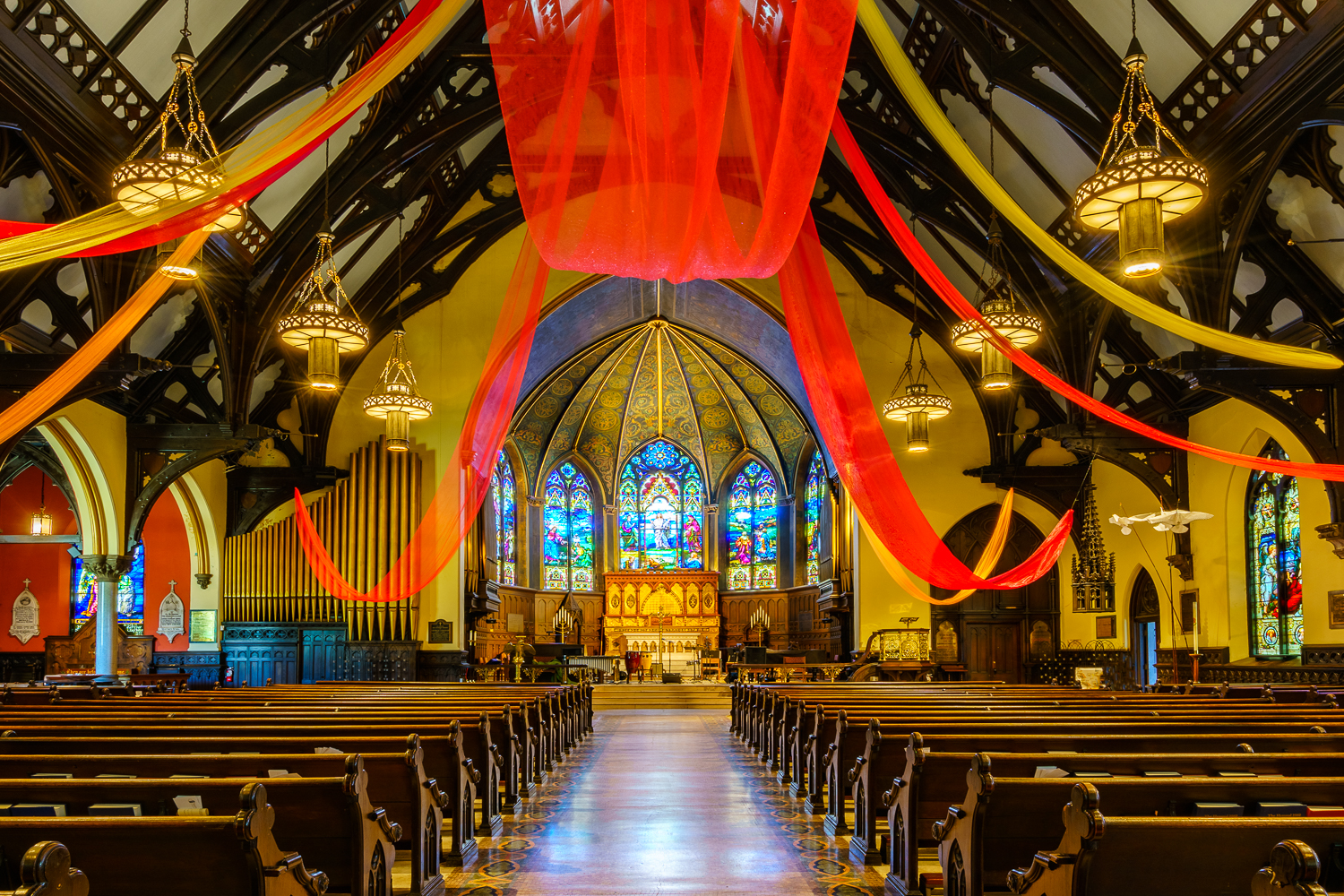 This image was taken with my Sony Alpha A7R II using my Sony 16-35mm f/4 Lens set on 16 mm. The camera was set on Aperture priority mode with the aperture set at f/14, shutter speed at 1.6 seconds and the ISO set at 100. I took a series of five bracketed images (-2, -1, 0, +1, +2) and brought them together in Lightroom using the HDR merge feature. I then completed the processing in Photoshop using Nik Color Efex Pro.

This photograph is best viewed enlarged. Click on the photo to enlarge it. Please use the section below to post your comments, questions or suggestions.