I made a trip this week to Tulsa to visit family. I woke up early one morning and decided to gather my gear and head over to photograph the “Praying Hands” at the entrance to Oral Roberts University. I actually lived in Tulsa when they were built, installed and subsequently relocated. It created quite a spectacle in the news. It has been a must-do tourist attraction ever since they were built.

Oral Roberts founded the Christian-oriented, accredited university in 1963. The “Praying Hands” in the photograph are a bronze sculpture of Mr. Roberts’ hands. The original design called for the 30-ton bronze sculpture to be permanently placed in front of the City of Faith Medical and Research Center which opened in 1981. The Center resides just south of the university campus and it is comprised of a  60-story clinic, a 30-story hospital and a 20-story research center. The original tenants left in 1989 due to financial problems and the lack of demand for medical services. The Praying Hands were sculpted by Leonard McMurray and the structure was cast in Ciudad Juarez Mexico in 1980. They were relocated to the ORU campus entrance in the summer of 1991.

My original vision of this photograph was to have the starburst come out of the middle of the hands, however, I could not wait for the sun to rise to that level. So, I settled for the photograph as you see it below. 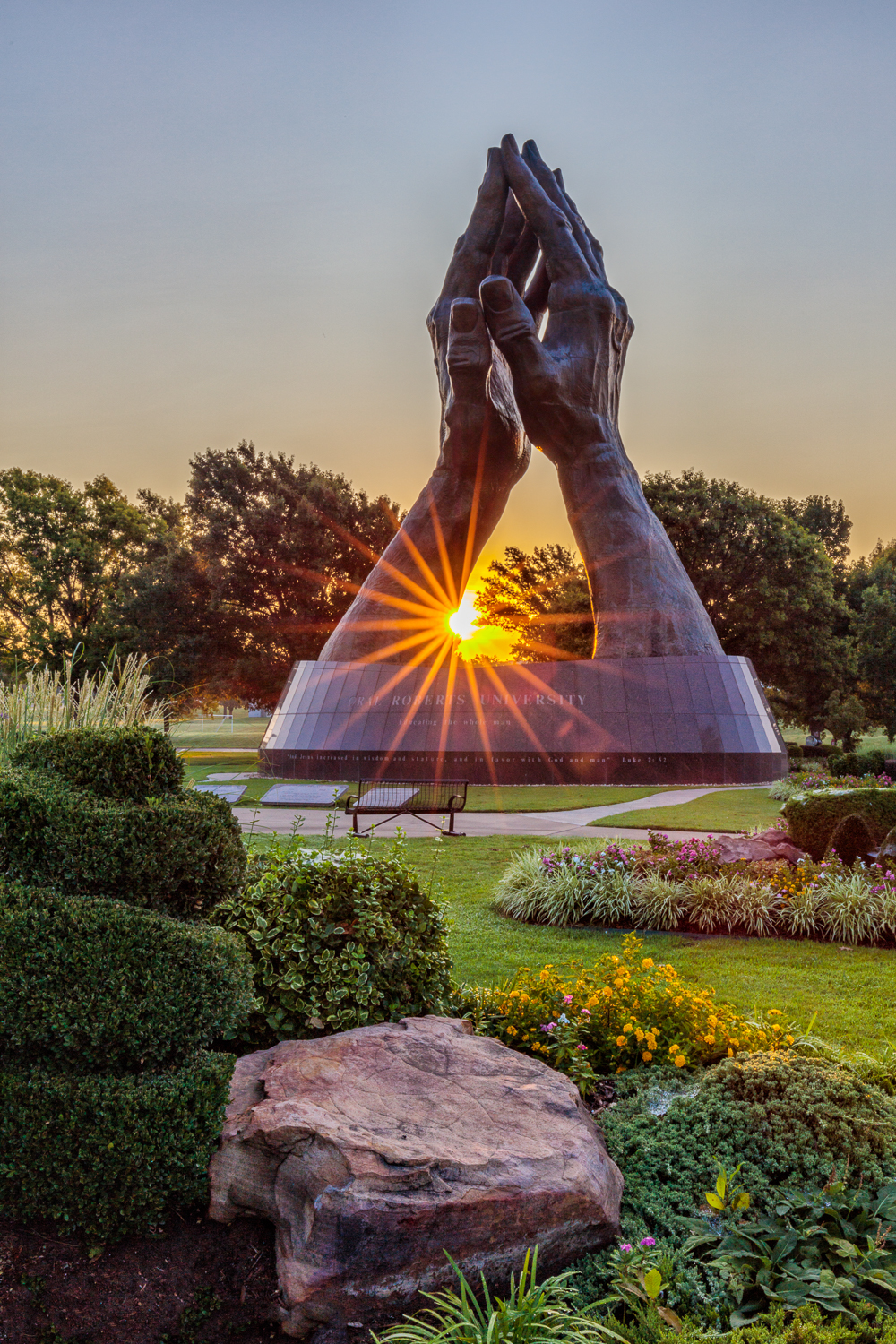 This image was taken with my Canon EOS 5DS using my Canon EF 16-35mm f/4 Lens set on 16 mm. The camera was set on Aperture priority mode with the aperture set at f/22, shutter speed at 1/25th of a second and the ISO set at 100. This is a single image processed in Lightroom and Nik Color Efex Pro.