I was looking forward to the Niagara Falls Light Show when I decided to visit Niagara Falls one evening. I was very disappointed with the quality of the light show. High-power lights are beamed from the Canada side onto the falls. The bulbs seem to be lower quality so the lightbulb elements are projected onto the falls which caused strange patterns (see the right side of the falls). The lights were also highly refracted by the mist which caused a lot of glare. So, I decided to convert this photo to black and white so you could see how the falls look at night and see how the river flows.

Every evening the Falls are lit with the colors of the rainbow in a show called Niagara Falls Illumination. From time to time the falls are also lit with special colors (colours for the Canadians) of many non-profit organizations.

While photographing the falls, I thought about the people who have gone over the falls. Many people have accidentally fallen onto the Niagara River and met their fate there. There have been quite a few daredevils that have challenged death by going over the falls in a variety of contraptions. The first known person to intentionally go over the falls was Annie Taylor. This 63-year-old woman went over the falls in a pickle barrel on her birthday. Annie was pulled from the barrel with little more than a cut on her head. The press nicknamed her the “Heroine of Niagara Falls”. Following her feat, she “cautioned anyone against attempting the feat…”. She never benefited from it and died penniless in 1921. 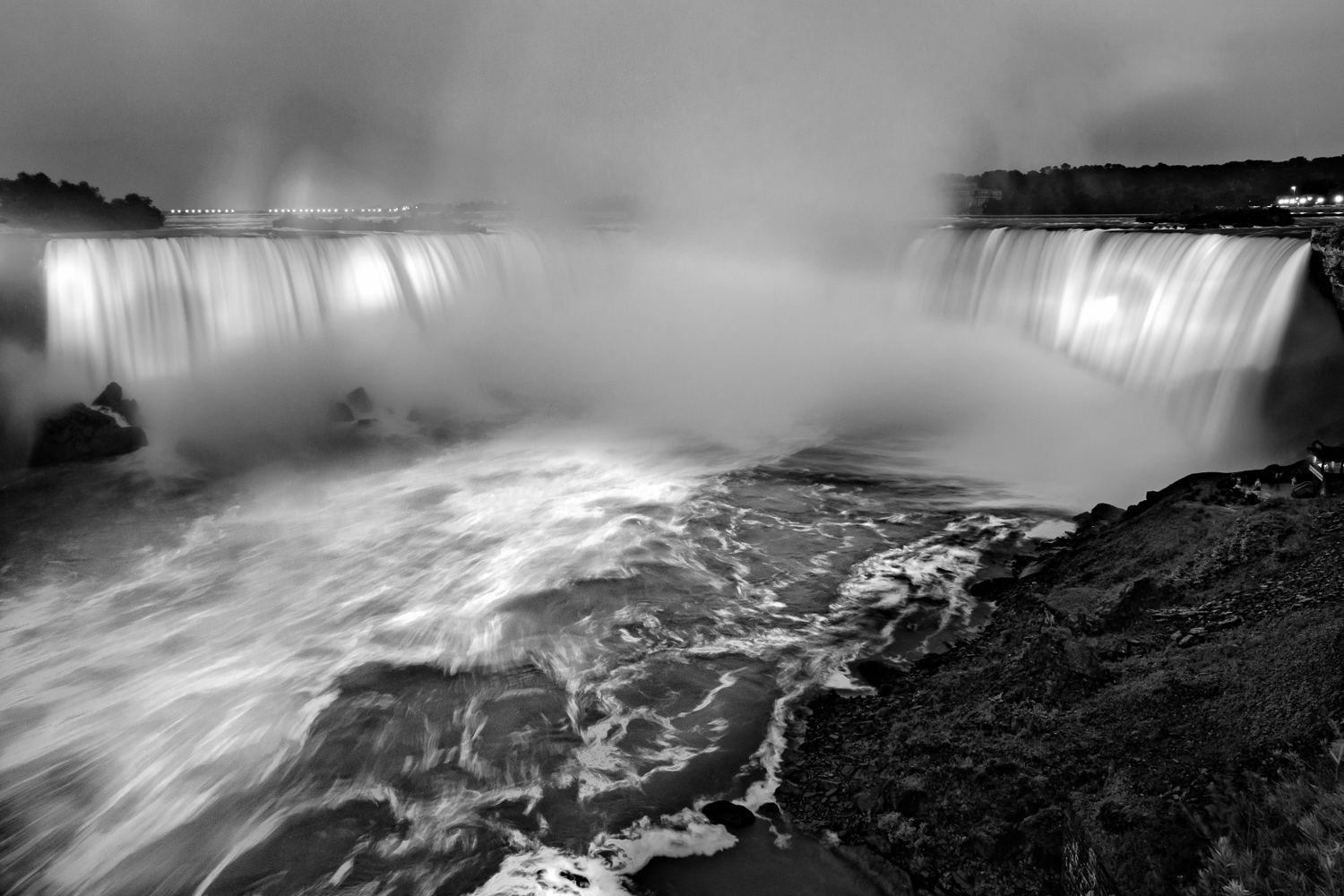 This image was taken with my Sony Alpha A7R II using my Sony 16-35mm f/4 Lens set on 17 mm. The camera was set on Aperture priority mode with the aperture set at f/4, shutter speed at 2.5 seconds and the ISO set at 100. This is a single image processed in Lightroom and Nik Color Efex Pro. The conversion to black and white was done in Lightroom.