This image of the full moon over Austin was taken a few minutes prior to the image I posted yesterday titled “Howl at the Moon”. I was conducting an experiment to capture the moon’s details along with the detail of the buildings. I needed the light to be just right so that the luminosity of the building matched the luminosity of the moon. This would allow me to take one exposure instead of two (one for the buildings and a separate one for the moon). I wished the moon had been over Lady Bird Lake but that was several minutes later and by then the buildings were no longer illuminated properly. I had to raise the ISO to 1600 in order to achieve the right exposure. I will continue to conduct more tests until I get it right.

Photographing the moon can be tricky. A bright full moon creates one of the most high contrast situations possible. This scenario poses a difficult challenge. Often photos of the moon appear like a spotlight in the sky that looks more like the sun than the moon (like yesterday’s photo). The moon is very intricate and detailed. It has craters, channels and mountains on its surface. If your moon photo turns out bright white then it is overexposed. This happens frequently because of the blackness of the surrounding sky throws off the meter. To fix this, turn down your exposure compensation (+/-), or use your camera’s spot metering mode to expose for the moon alone. This should give you a great moon exposure. Another option is to use bracketing to create four additional exposures. I often do this to make sure I have a good one to choose from. There are other considerations including composition and having the right equipment. 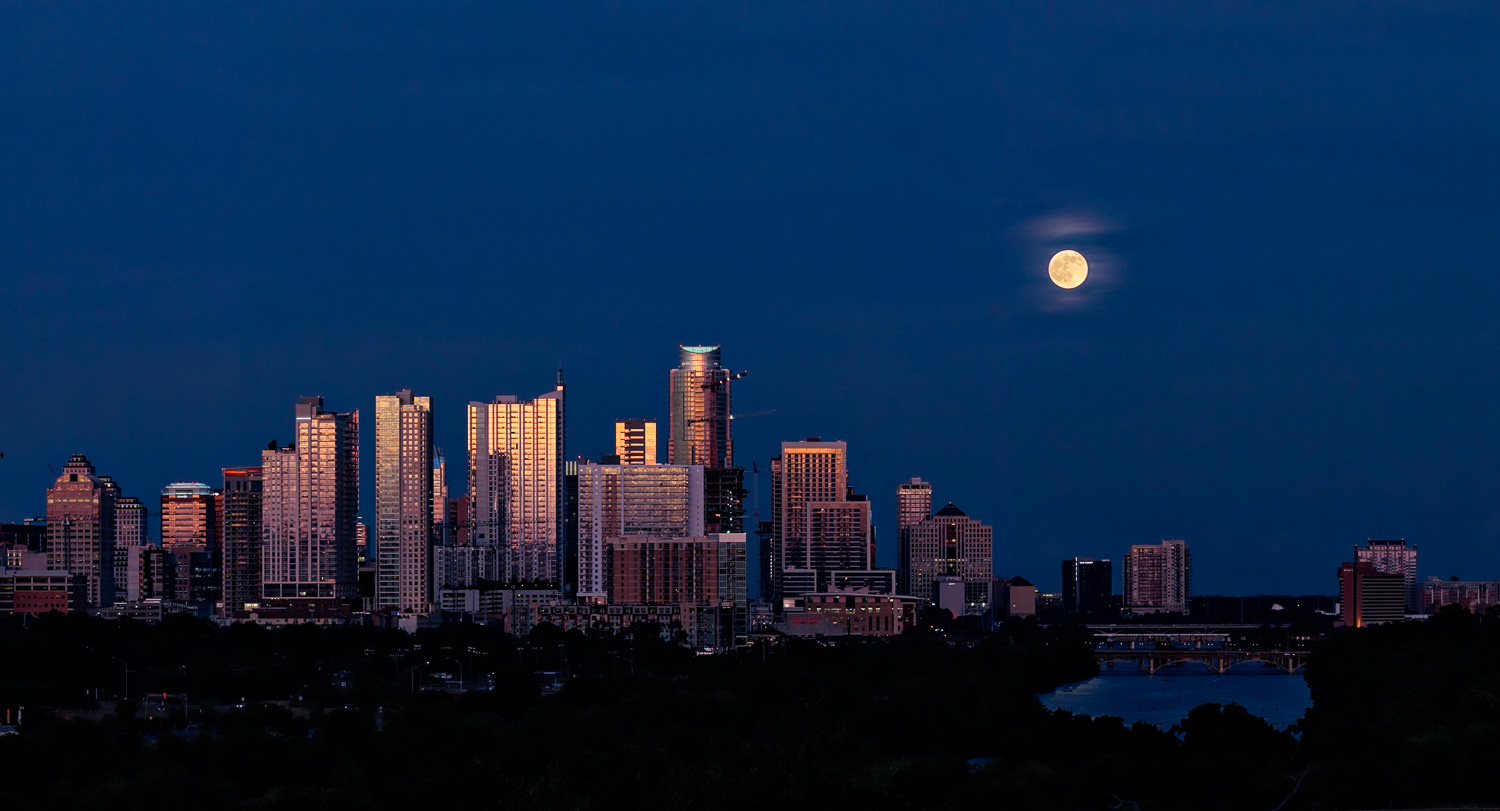 This image was taken with my Canon EOS 5DS using my Canon EF 100-400mm f/4.5-5.6 II Lens set on 100mm. The camera was set on Manual mode with the aperture set at f/8, shutter speed at 1/80th of a second and the ISO set at 800. This panorama is composed of four images stitched together using Lightroom and processed in Photos hop and Nik Color Efex Pro.

This image is best viewed large. Click on it to enlarge it. You can also view other Austin skyline photographs by clicking here. Please use the section below to post your comments, questions or suggestions.