The “eternal flame” is found in a grotto housed within a waterfall in a park south of Buffalo. The fire is fueled by natural gas that seeps into the grotto. During my visit to the area I became aware of the park, so, I decided to get up early and go photograph the waterfall and the eternal flame. The area has been in a drought so the water that normally cascades down the face of the cliff was a mere trickle. The popularity of the park has increased tremendously in the last five years. Prior to that it was a little-known area. If you plan to visit the park I recommend avoiding the weekends and holidays as it can be very congested.

The Eternal Flame was studied by geologists in 2013 and they estimated that the seep at the falls emits approximately two pounds of methane per day. They also found numerous other seeps in the area. 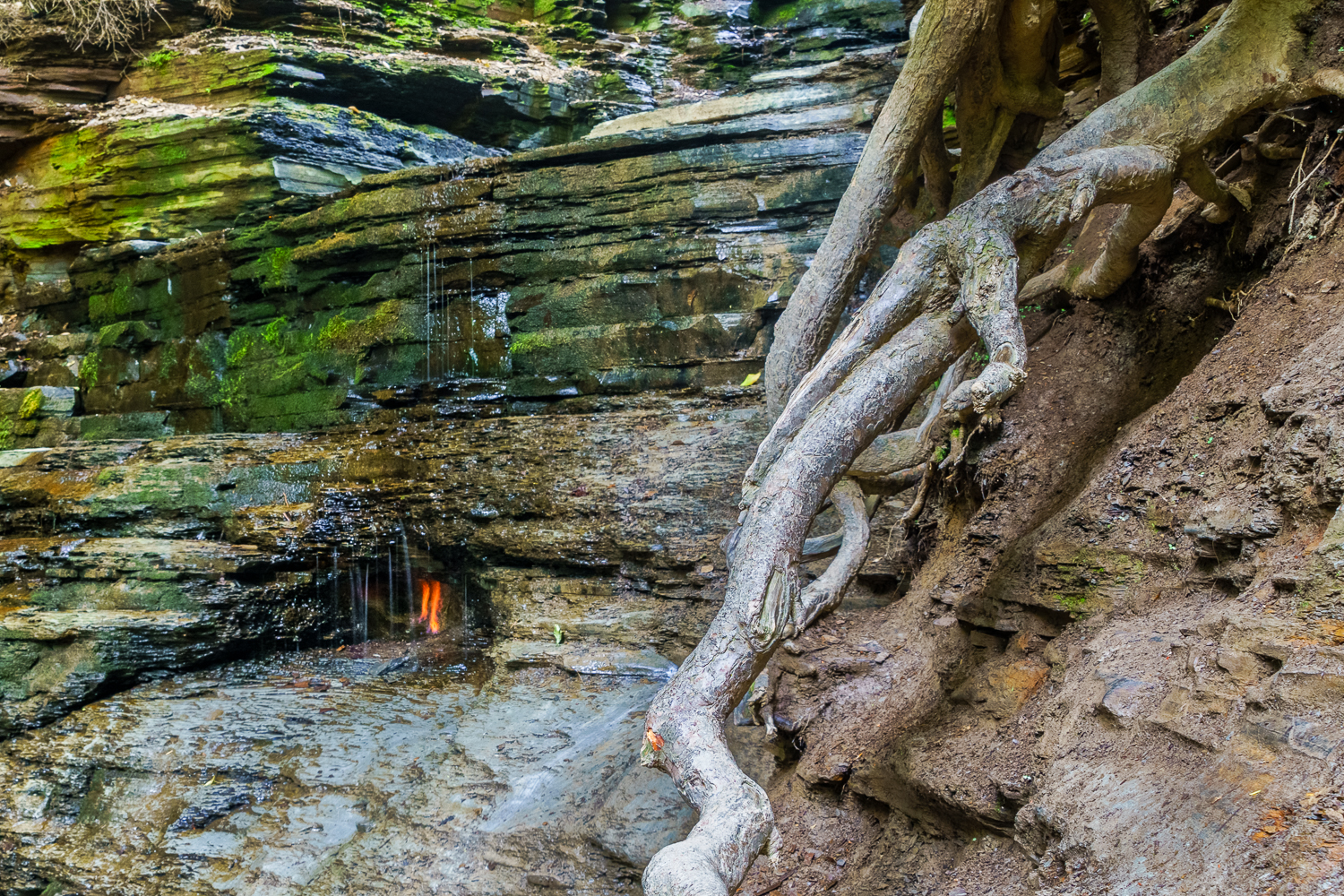 This image was taken with my Sony Alpha A7R II using my Sony 24-70mm f/4 Lens set on 24 mm. The camera was set on Aperture priority mode with the aperture set at f/9, shutter speed at 1/8th of a second and the ISO set at 800. I also used a Circular Polarizer filter to eliminate the reflections of the sky on the rocks.  This image was composed of five bracketed images (-2, -1, 0, +1, +2) and brought together using Lightroom. I also used Nik Color Efex Pro.