I still have a lot of unprocessed photographs from last month’s trip to South Africa. I captured this image of a Caracal during my visit to the Cheetah Rehabilitation facility in the northeastern part of the country. I wrote about this center when I posted a photograph of a Cheetah that I captured during my visit to the facility. Seconds after I captured this image the cat took off after a small child that was running back to her parents. A big no-no when wildlife is around! She learned her lesson.

The Caracal has a historic past. They were religiously significant to the ancient Egyptians. Their likeness occur throughout Egypt in paintings and bronze figures and their sculptures guarded the tombs of pharaohs. During the 13th and 14th centuries Chinese emperors used Caracals and Cheetahs as gifts. In the present day, caracals are kept as pets. They can adapt well to domestic surroundings and are not generally aggressive toward domestic cats and dogs. 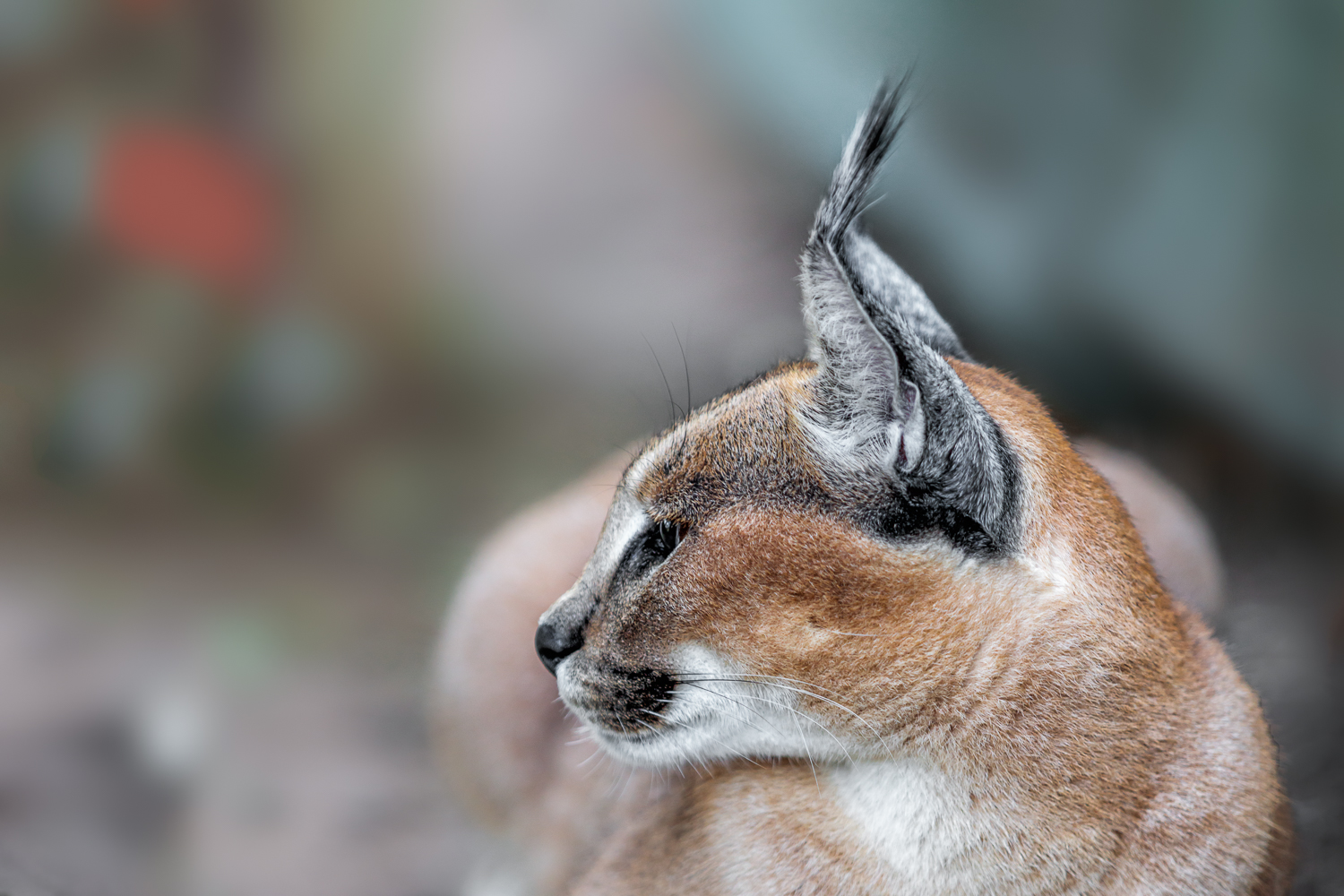 This image was taken with my Canon EOS 5DS using my Canon EF 70-200 f/2.8 Lens set on 175 mm. The camera was set on Manual mode with the aperture set at f/2.8, shutter speed at 1/200th of a second and the ISO set at 640. This is a single image processed in Lightroom, Photoshop and Nik Color Efex Pro.