I posted a “high-key” image of three elephants last week. This is my second attempt at getting this post-processing technique right. I was not very happy with my first try. I think this one is better but I still have some work to do in order to prefect the technique. As I mentioned in that post, this technique works best when the original image is photographed in the right settings.

The White Rhinoceros, along with the Black Rhinoceros, is part of the “Big Five” group of African game animals. The other four are the African lion, African elephant, Cape buffalo and the African leopard. The term big five game was coined by big-game hunters and refers to the five most difficult animals in Africa to hunt on foot. Subsequently the term was adopted by safari tour operators for marketing purposes. The term is used in most tourist and wildlife guides that discuss African wildlife safaris. During my trip, I was only able to see three of the Big Five animals. Missing were the Lion and the Leopard. Perhaps next time. 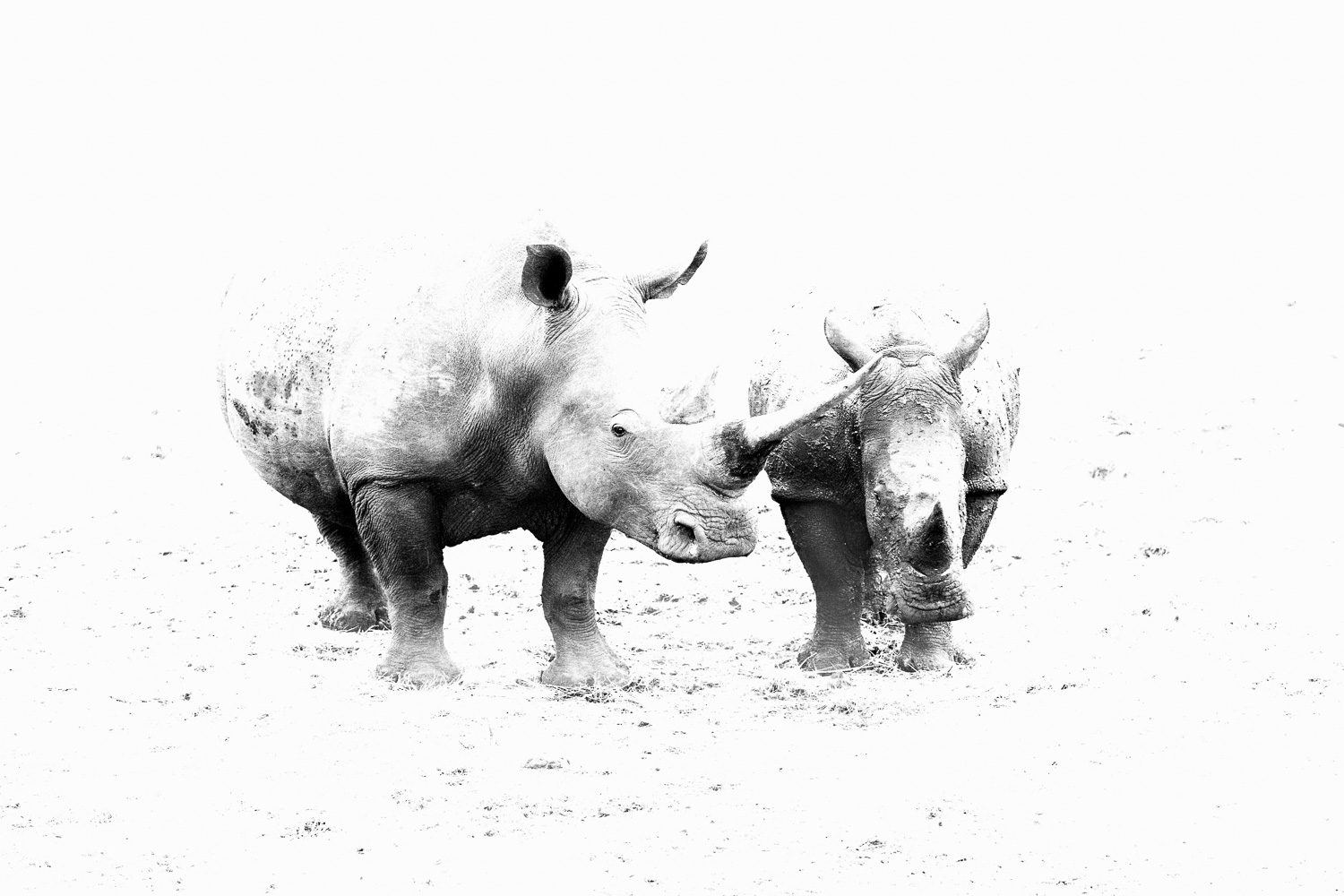 This image is best viewed large. Click on the image to enlarge it. Please use the section below to post your comments, questions or suggestions.