I deliberated whether or not to document my trip to South Africa on my blog and decided that it would be great to share this experience with you all. I’m at the mercy of their internet system so I may miss a post here or there. The trip has been in the works for quite some time and it’s exciting to finally be able to experience it. The journey is very long and tiresome but I’m glad to have arrived.

I knew a fair amount about the country (mostly geographic, political, social and economic) and I did some reading during the long flight. I found some great information that I think are worth sharing. South Africa contains some of the oldest archaeological and human fossil sites in the world. Extensive fossil remains have been recovered from a series of caves in Gauteng Province. The area has been termed “The Cradle of Humankind”.

The interior of South Africa consists of a vast plateau. This plateau is surrounded by The Great Escarpment whose eastern, and highest stretch is known as the Drakensberg. It was named this by the original Dutch settlers.

The image below is of South Africa’s Code of Arms. The present coat of arms was introduced on April 27, 2000 during the Freedom Day holiday. It replaced the earlier national code of arms, which had been in use since 1910. The motto “ǃke e: ǀxarra ǁke” is written in the Khoisan language and translates literally to “diverse people unite”. The previous motto, in Latin, was Ex unitate vires, translated as “From unity, strength”.

Stay tuned for photos from my various expeditions. 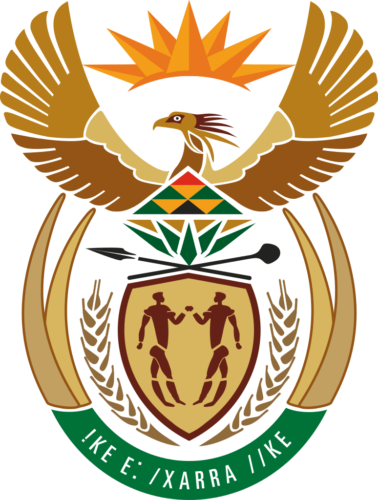