It’s Thursday so it’s time for a throwback to the 90’s.

I took this photo in 1997 when a friend of mine, who was very instrumental in my photography journey, was visiting along with his daughter Anne. I had just purchased a Holga medium format film camera and decided to take some photographs of his daughter while she was playing in a playground. I called the series “Anne’s Dream”. I later entered a 4-photograph grouping of this session in a photography contest called “Art of the Community”. The photograph below earned an Honorable Mention. What’s interesting is that Holga cameras are plastic cameras with plastic lenses. They sold for about $40 at the time. They now retail for up to twice that much. The company discontinued the product last year.

The Holga camera is a 120 film toy camera, made in Hong Kong starting in the early 1980’s. It is well-known for its low image quality. The Holga’s low-cost construction and simple plastic 60mm lens often yields photographs that display vignetting, blur, light leaks, and other distortions, all of which are present in this photograph. Apparently, art galleries and photography judges really like those esthetics. I attribute that to the reason I won the Honorable Mention. It is a fun camera to use. I recall that some people were buying these cameras and the lenses were “too good” sometimes they would rub Vaseline on the lens to make it blur “like it should”… 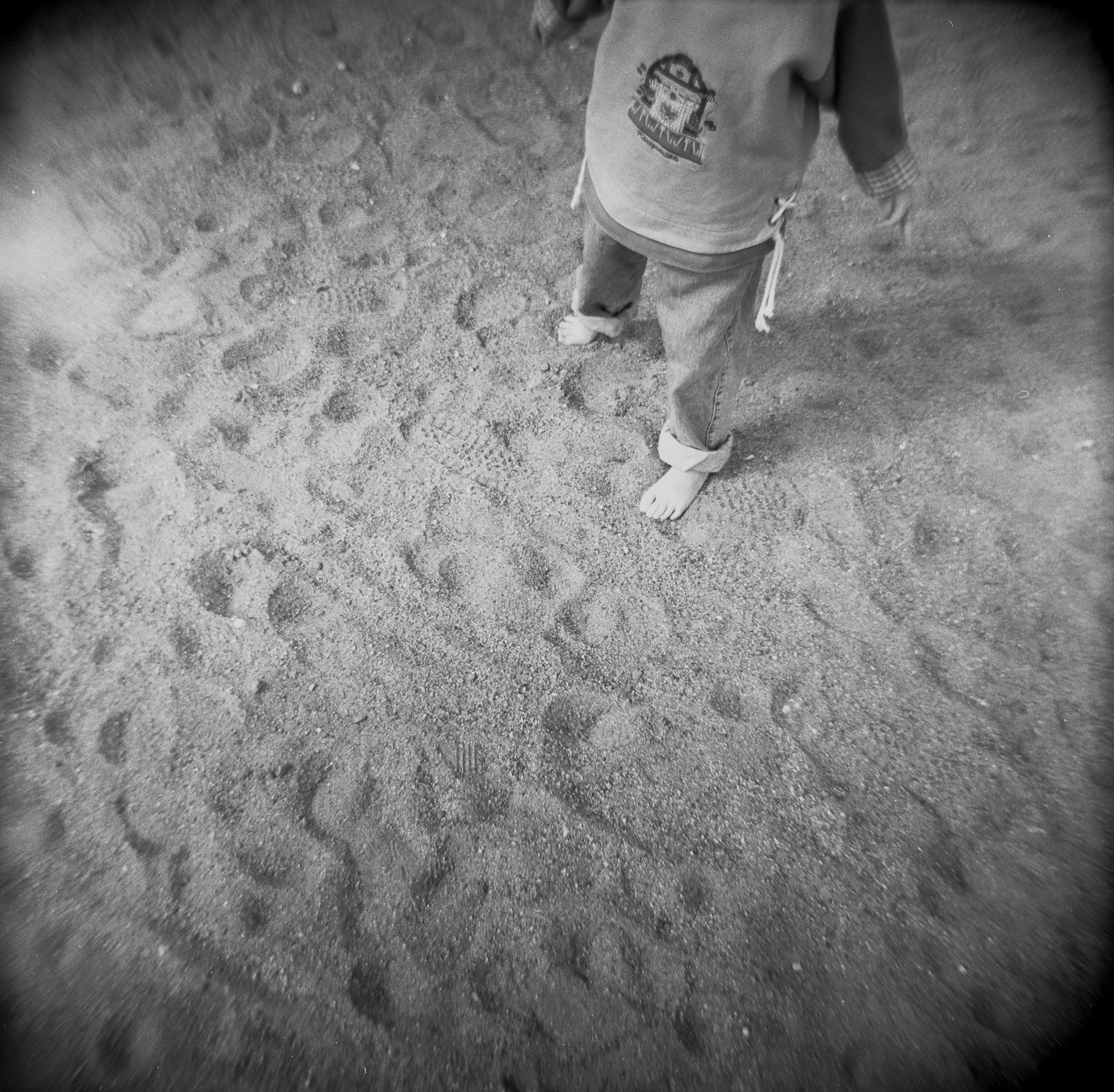 This image was taken with my using my Holga 120S Camera with a fixed lens. The camera was set on daylight mode (there are only two modes on this camera, daylight and cloudy). I used Kodak Tri-X Pan film (ISO 400) processed in my makeshift darkroom. I then scanned the negative using my Epson scanner and did some processing in Lightroom.