The image below is from the same photowalk as the image I posted in February titled “Ninja Style“. That photograph of the Austin skyline was taken from the Lamar pedestrian bridge. This Austin Skyline photograph was taken from the banks of Town Lake (aka Lady Bird Lake) near the Auditorium shores area. The bridge you see on the right is Congress Avenue. You can read more about Congress Avenue on the post titled “Congress“. I really enjoy photographing skylines at night. It gives an entirely new dimension to the skyline and I enjoy taking photos with black backgrounds. I was actually able to get some stars in this photo. that was my objective when I decided to do this photowalk.

The Austin skyline has changed dramatically over the last 10 years. There are at least 3 new, large buildings in this photo that did not appear in the other one. The City of Austin recently announced that a developer has agreed to build the tallest residential building west of the Mississippi. Although the building is named “The Independent”, people have already nicknamed it “The Jenga Tower” because of how it resembles the Jenga game. The, 370 unit, $300 million, 58-story, 950,000-square-foot building will be located at the northwest corner of 3rd Street and West Avenue. How popular are condominiums in Austin? Well, the developer reports that they have already secured deposits for 90 percent of the units… 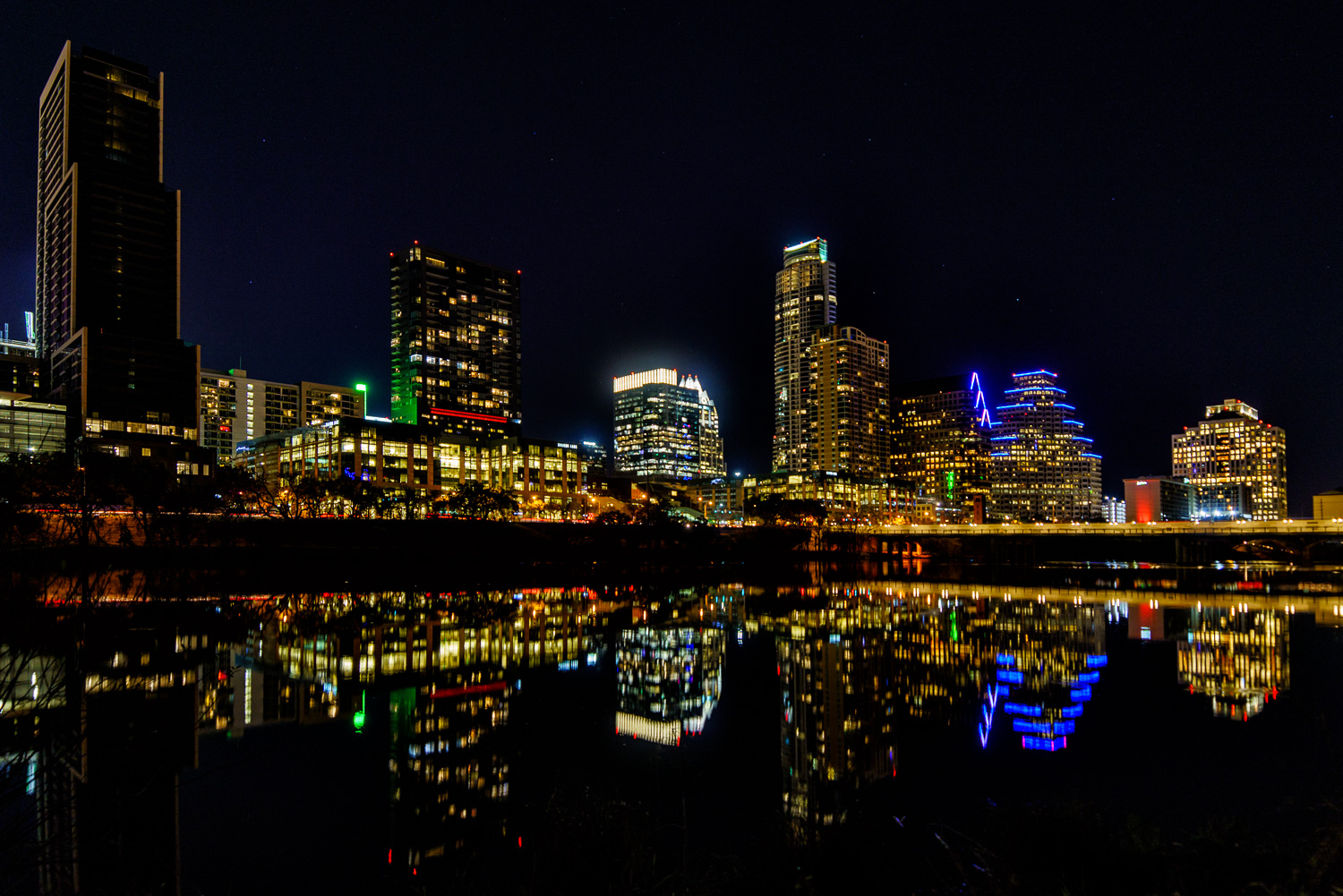 This image was taken with my Sony A7R II using my Rokinon 14mm f/2.8 Lens. The camera was set on Manual mode with the aperture set at f/2.8, shutter speed at 1 second and the ISO set at 100. This is a manual lens so I had to set the aperture and focus manually. This is single image processed in Lightroom.