Welcome to a new category – Street Photography. I have been wanting to try this new area for some time but I was never sure where to start. I was out photographing musical venues last weekend when I noticed a man watching the Esther’s Follies show from outside. It’s a scene I’ve been wanting to photograph for some time but it was never right. There were either too many people or the show was not at an interesting stage (no pun intended) in the program.

Esther’s Follies is a modern-day vaudeville theater that is located on 6th Street in downtown Austin, TX. The group is named after actress Esther Williams. The acts incorporate magic (my favorite), juggling, singing, dancing and sketches on current events. This is 90-minute, very fast-paced show with most of the acts incorporating a comedic theme.  The founders of the show are Michael Shelton (Magician) and Shannon Sedgwick. One word of advice, don’t sit on the front two rows and don’t stand at the window and look in during Shelton’s acts. You will become part of the show! The show does have skits that take place outside the facility through the window that you see in the image below. I highly recommend attending the show if you happen to visit the area. 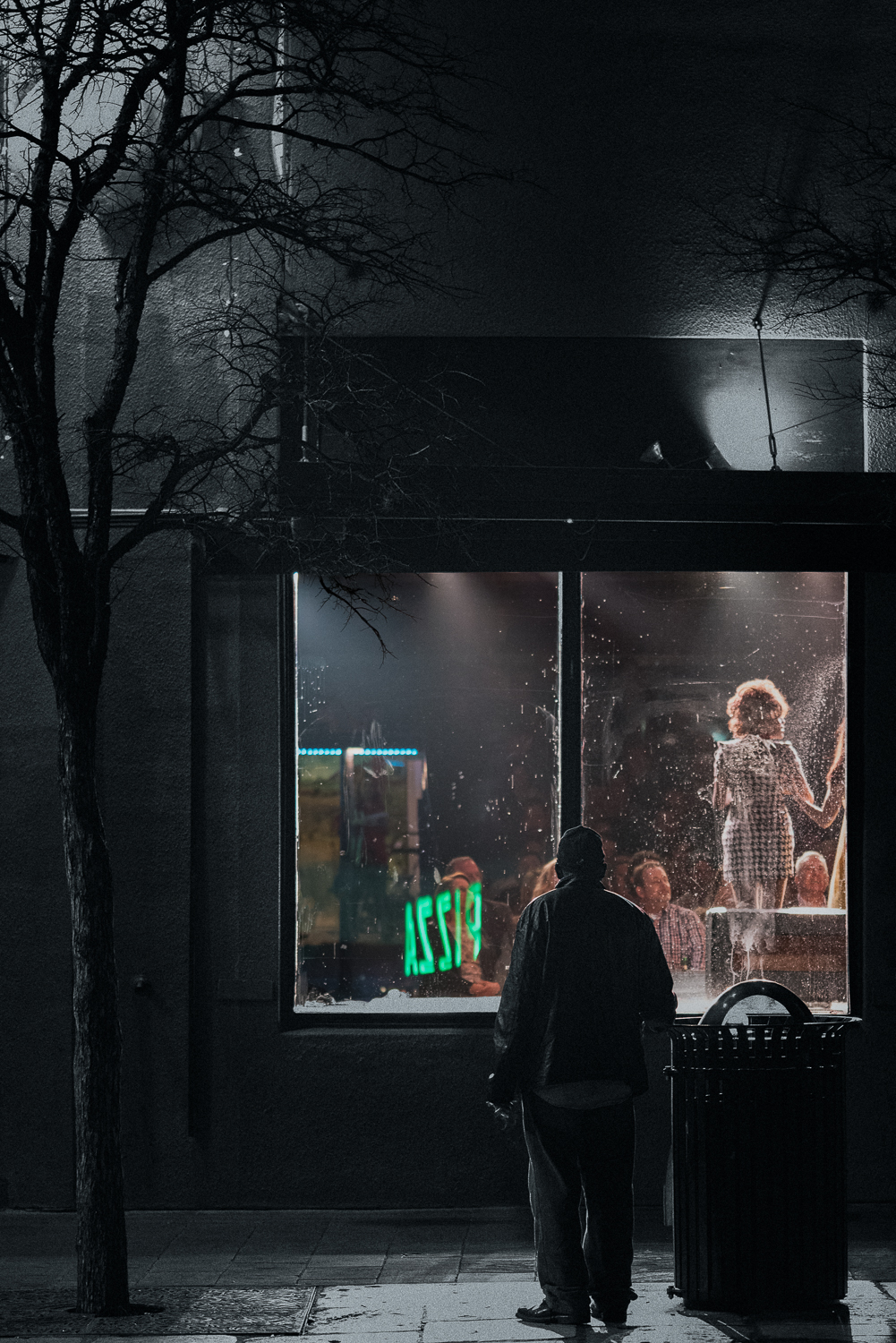 This image was taken with my Sony A7R II using my Sony FE 90mm f/2.8 Macro Lens. The camera was set on Aperture priority mode with the aperture set at f/2.8, shutter speed at 1/100th of a second and the ISO set at 3200. I processed this image in Lightroom then used Silver Efex Pro to create the black and white image then photoshop to bring the color back into the window scene.