I posted a sparkler quadriptych for my “Happy New Year” post yesterday and I thought it would be beneficial to post a single image and provide some history on how I captured this sparkler image. The technique is not that difficult and I think it’s an incredibly rewarding set of images. This series of images on the quadriptych is a four-shot series of one sparkler. The challenge was mostly finding a sparkler that was interesting.  I purchased a 9-pack and each sparkler was different. Some were starburst and some were like the one in the image below.

I chose to shoot the sparkler after sunset so I setup the sparkler in a clamp out in my patio looking out into the darkness so that the background would be pitch black.  Then, I setup my camera and framed the sparkler in the middle of the image. I set the ISO, aperture and shutter settings, set the focus on manual focus and focused on the subject.  It was hard to determine how far out the sparks would go so I gave myself plenty of room. I then took four, one-second images and processed the single images in Lightroom then processed the quadriptych in Photoshop.

Did you know that sparklers can burn as hot as 3,000 degrees Fahrenheit? 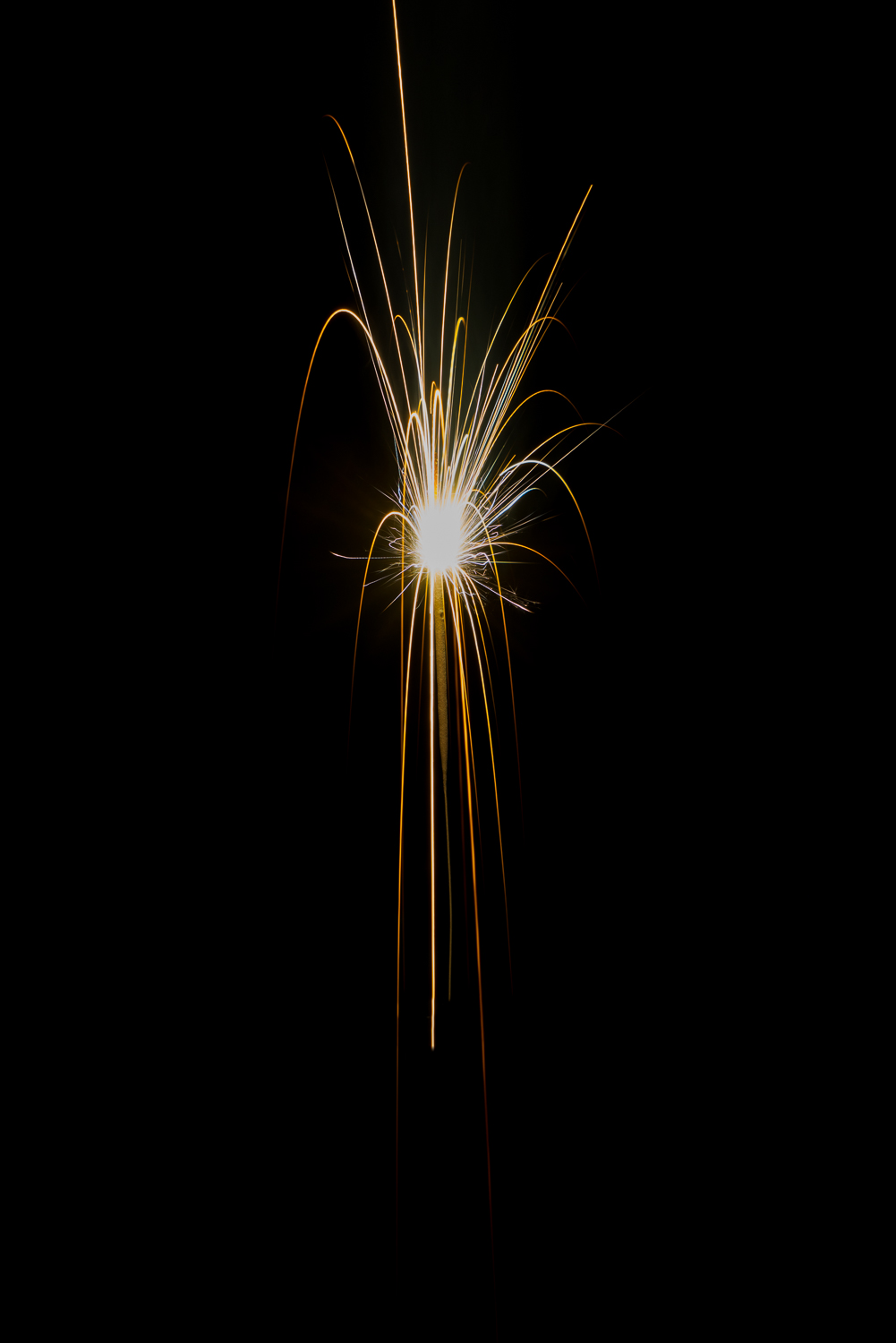 This image was taken with my Sony Alpha A7R using my Sony FE 24-70mm f/4 Lens set on 47 mm. The camera was set on Manual mode with the aperture set at f/8, shutter speed at 1 second and the ISO set at 100.  All processing was done in Lightroom.