Northern Cardinals are one of my favorite birds and they also happen to be one of the most plentiful birds during this time of year in this area. This photograph of “Mrs. Cardinal” was taken at the same spot as the photograph I posted three days ago entitled “Reflecting“.

The bird is a very interesting bird. Unlike many other songbirds in North America, both the male and female cardinals can sing (usually, only a male songbird is capable of singing). In addition, when a female cardinal sings from the nest, it usually means she’s telling the male she needs more food. Speaking of food, during the courtship process, male Northern Cardinals are known to exhibit affection toward females by feeding her beak-to-beak. The tender display of affection is a sight to behold (by the way, this is to engage the female blog subscribers). :)

Do you know where the Cardinal gets its name? They say that the bird is named for the red plumage of the male, which was said to look similar to a Catholic cardinal’s red vestments. Another interesting tidbit, during the spring, you might see a male Northern Cardinal attacking a window. It’s actually attacking his reflection in the glass because he will fiercely defend his breeding territory from intruding males (real or perceived). 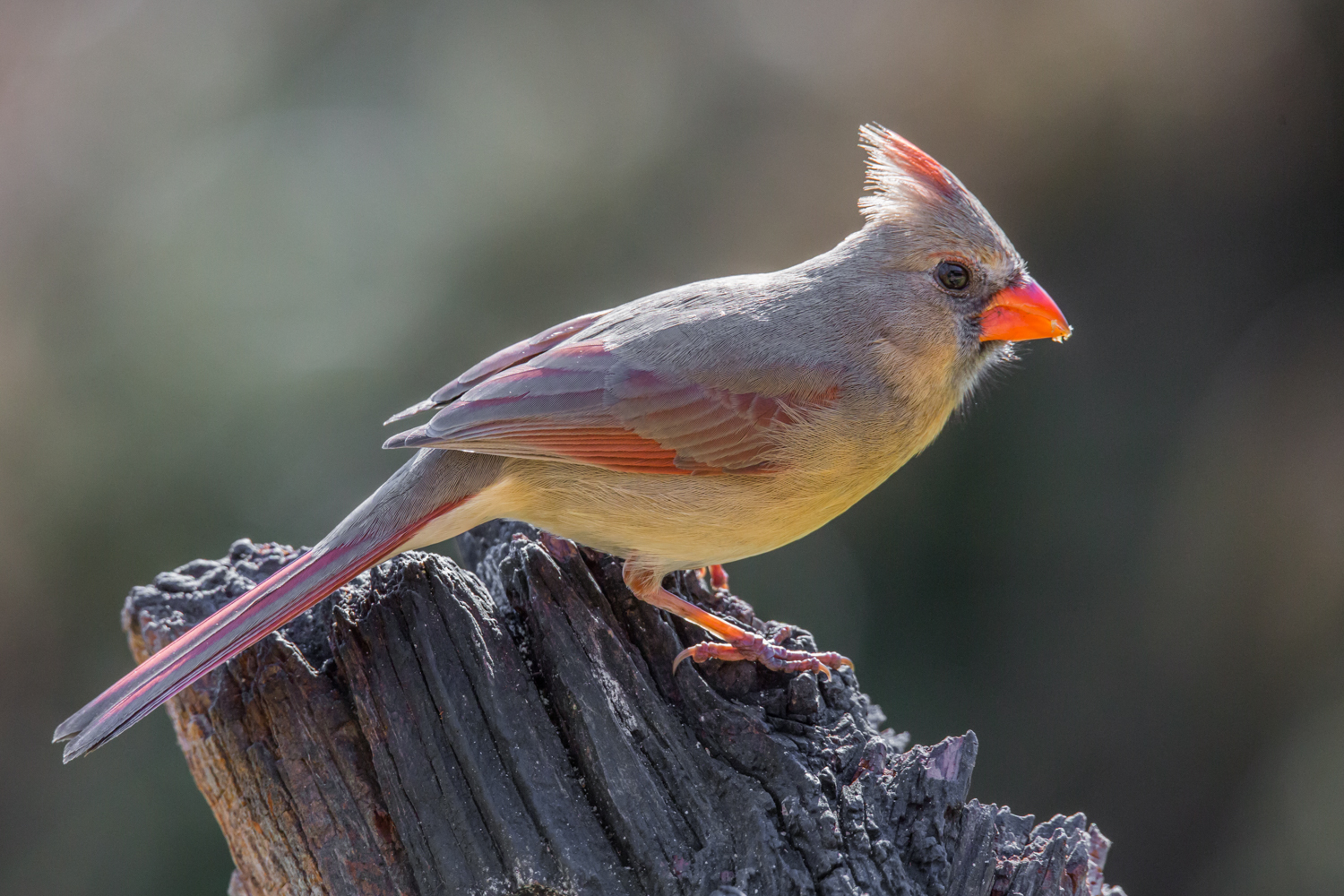 This image is best when viewed large. Click on the image to enlarge it. Also, you can access the portfolio for this bird by clicking here. Please use the section below to post your comments, questions or suggestions.