There are very few locations for landscape photographers in this part of Texas. So, most of us gravitate to cityscapes and the few natural landscapes that are available. I mentioned in a post about a week ago that I scouted a location near downtown called Lou Neff Point in Zilker Park. Subsequently, I posted a sunrise image taken from that location. The image below was taken just after sunrise on the same day. The clouds lit up with a nice colorful palette and I was able to capture this image. I plan on returning in a few weeks when the sun should be rising just left of the trees, right down the middle of the river.

Many people are unaware of how the City of Austin got its name. The city was named after Stephen Fuller Austin who was actually born in Virginia in 1893. He moved to Missouri in the late 1700’s, moved to Arkansas in the early 1800’s then to Louisiana before moving to Texas in 1822 to colonize the area. He mapped and surveyed much of Texas, translated Mexican laws, fixed the land system, and served as civil and military liaison with the Mexican authorities. He also organized the Texan defenses against the Indians. At the end of the Texas revolution, he reluctantly ran for president of the new republic against the hero of the war, Samuel Houston. Defeated, Austin accepted the position of secretary of state in the Houston administration. He died on Dec. 27, 1836, of pneumonia.

He is recognized in numerous ways in Texas; the capital city, a county, and a college are named in his honor. His statue in the national capitol was placed there by grateful citizens of the Lone Star State. 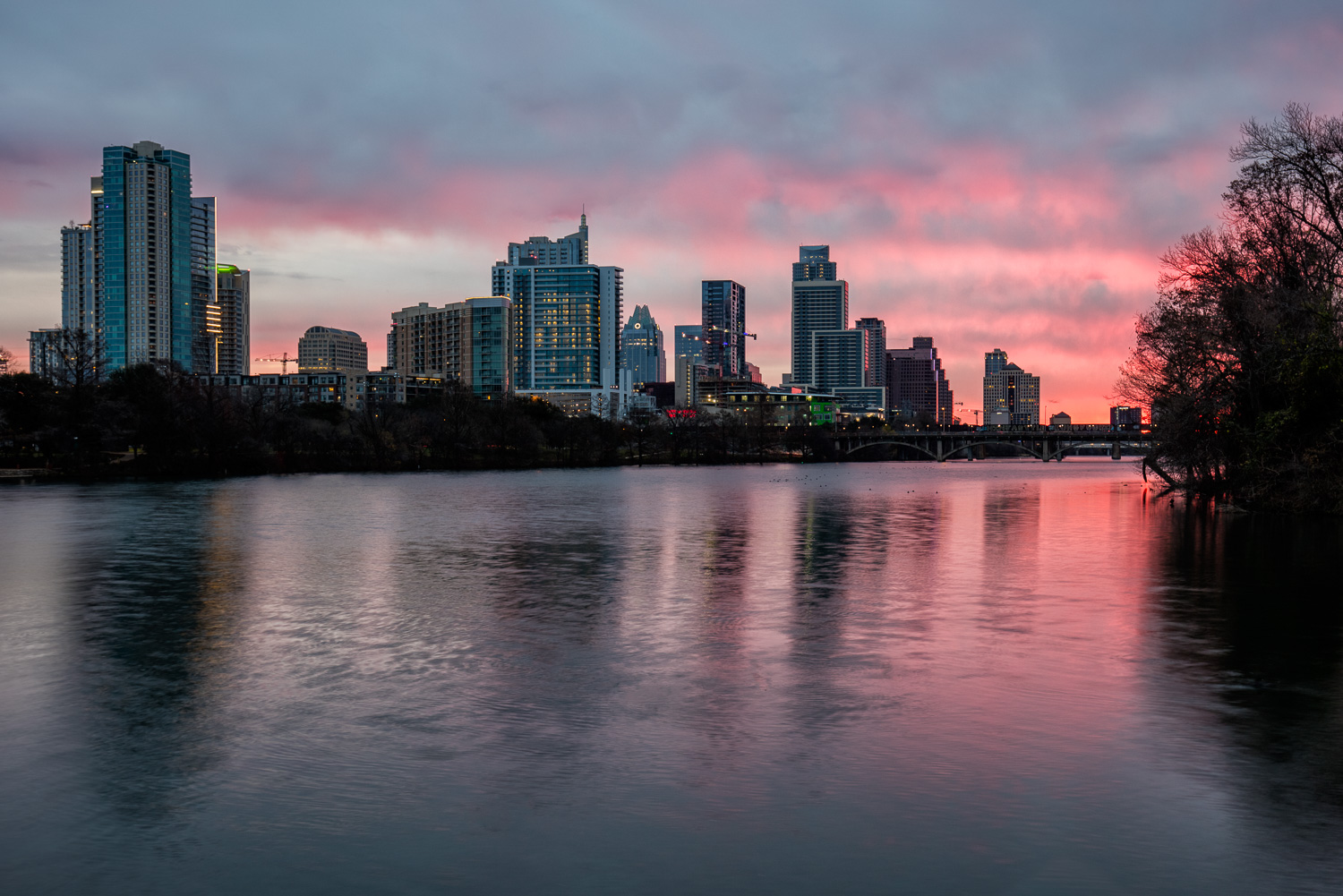 This image was taken with my Canon EOS 5DS using my Canon EF16-35mm f/4 Lens set on 35 mm. The camera was set on Aperture priority mode with the aperture set at f/8, shutter speed at 1/4th of a second and the ISO set at 100. This image was made from five bracketed images (-2, -1, 0, +1, +2) and put together using Lightroom.  I used Photoshop and ColorEfex Pro to finalize the details.

This image is best when viewed large. Click on the image to enlarge it. Also, you can access other photographs like this one by clicking here. Please use the section below to post your comments, questions or suggestions.