The Sotol plant is very prominent throughout the Big Bend National Park. Their numbers are easily viewed when the plant generates its long, flowering stalk. It was during my trip to the park last week that I photographed the now dead and empty stalk head while waiting for the sun to set at the Mule Ears overlook. The flowering stalk was way past its flowering, fruiting and seeding phases and all that was left were these little prickly strands. The background you see is of the sun glow on the mountain across the way.

The Sotol plant (Dasylirion liophyllum), a member of the Lily family (Liliaceae), is composed of a cluster of flat leaves that have sharp, hooked teeth along the margins of the leaf. A tall flower stalk is produced each spring that has light-colored flowers clustered together. The fruit is triangular. The stalk then dies, falls off and a new stalk is formed the following spring. Twenty species of Sotol occur in southwestern U.S. and Northern Mexico.

Sotol was an important source of materials for basket making. The young flower stalks were eaten, as were the seeds. The heart of the plant was cooked along with agave hearts in a stone-lined pit for several days and then eaten. The stalks were also used to make temporary shelters, porches, roofs, corrals and walking sticks. When the sap is fermented it produces the alcoholic beverage also called Sotol. 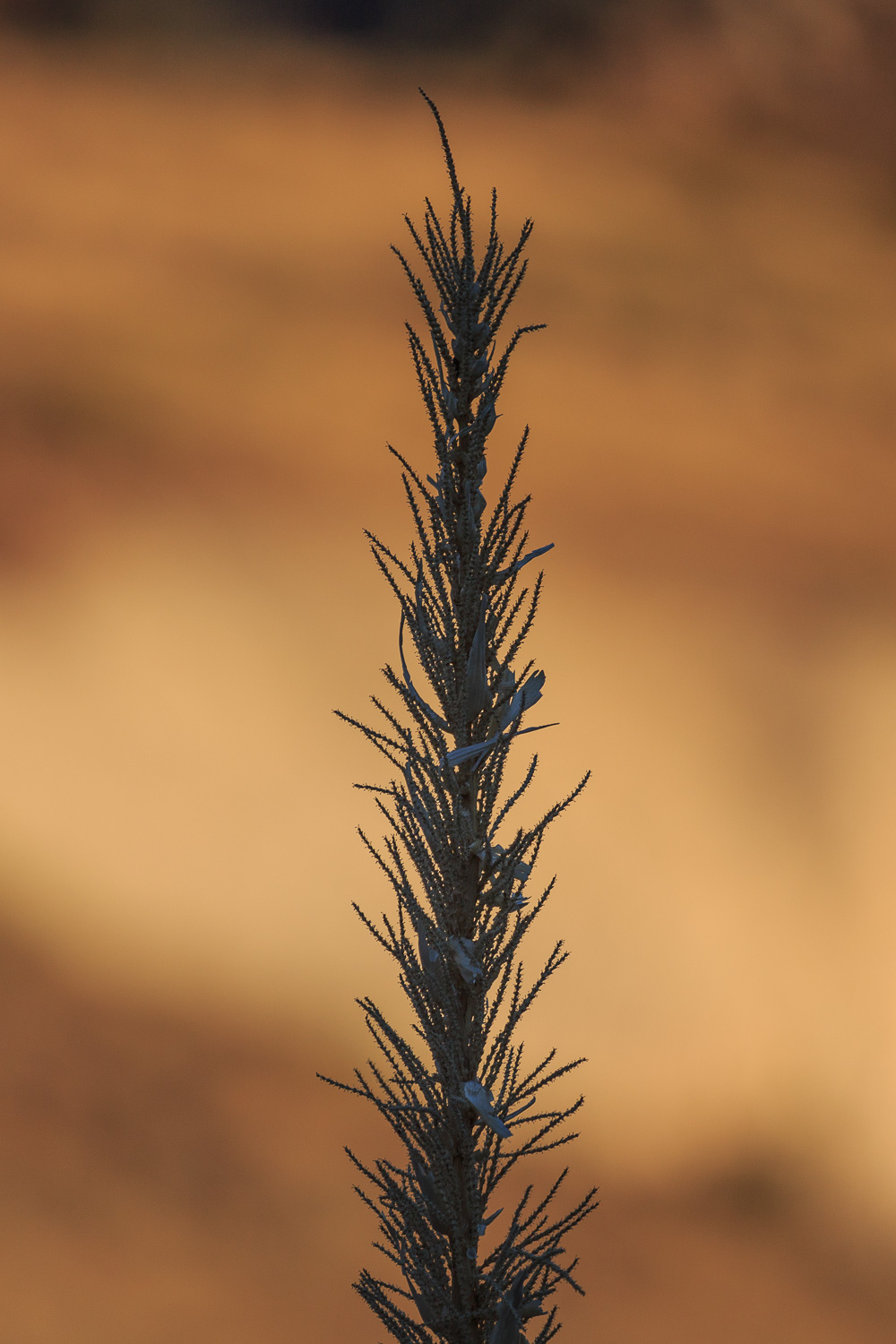 This image was taken with my Canon EOS 5D Mark III using my Canon EF 100-400mm f/4.5-5.6 Lens set on 400 mm. The camera was set on Aperture priority mode with the aperture set at f/5.6, shutter speed at 1/400th of a second and the ISO set at 100. I used a tripod for stability. This image is a single frame image and all the process was done within Adobe Lightroom. I was looking for a very soft background and was able to accomplish this through the use of a long telephoto lens and a large aperture (f/5.6).