I mentioned in previous posts that I made a trip to Big Bend National Park with some of my photography friends to spend a few days photographing this wonderful area. Our first stop after checking in to our accommodations was to photograph the “Ocotillo field” at sunset. The problem, no clouds. So, I tried to find a good composition that would compensate for the lack of clouds. I found these two Ocotillo’s and decided to create a starburst with the sun on one of them and use them to frame the mountain in the background. The orange glow in the background was a bonus. The Ocotillo on the left was featured in the Fall Colors post.

This “ocotillo field” is located near the main entrance to the park close to mile marker #21. This is a regular spot for us during our first day in the park. The official road is Texas Highway 118 and it’s named “Panther Junction Road”.

Ocotillo plants have many uses. The resin and wax collected from the bark was often used to condition leather. The lengthy stems of Ocotillo are also used as fence posts, if watered frequently they can re-root themselves and become a living fence post. There are also many medicinal uses for the plant including a tincture made from the bark that was used as an anti-inflammatory. 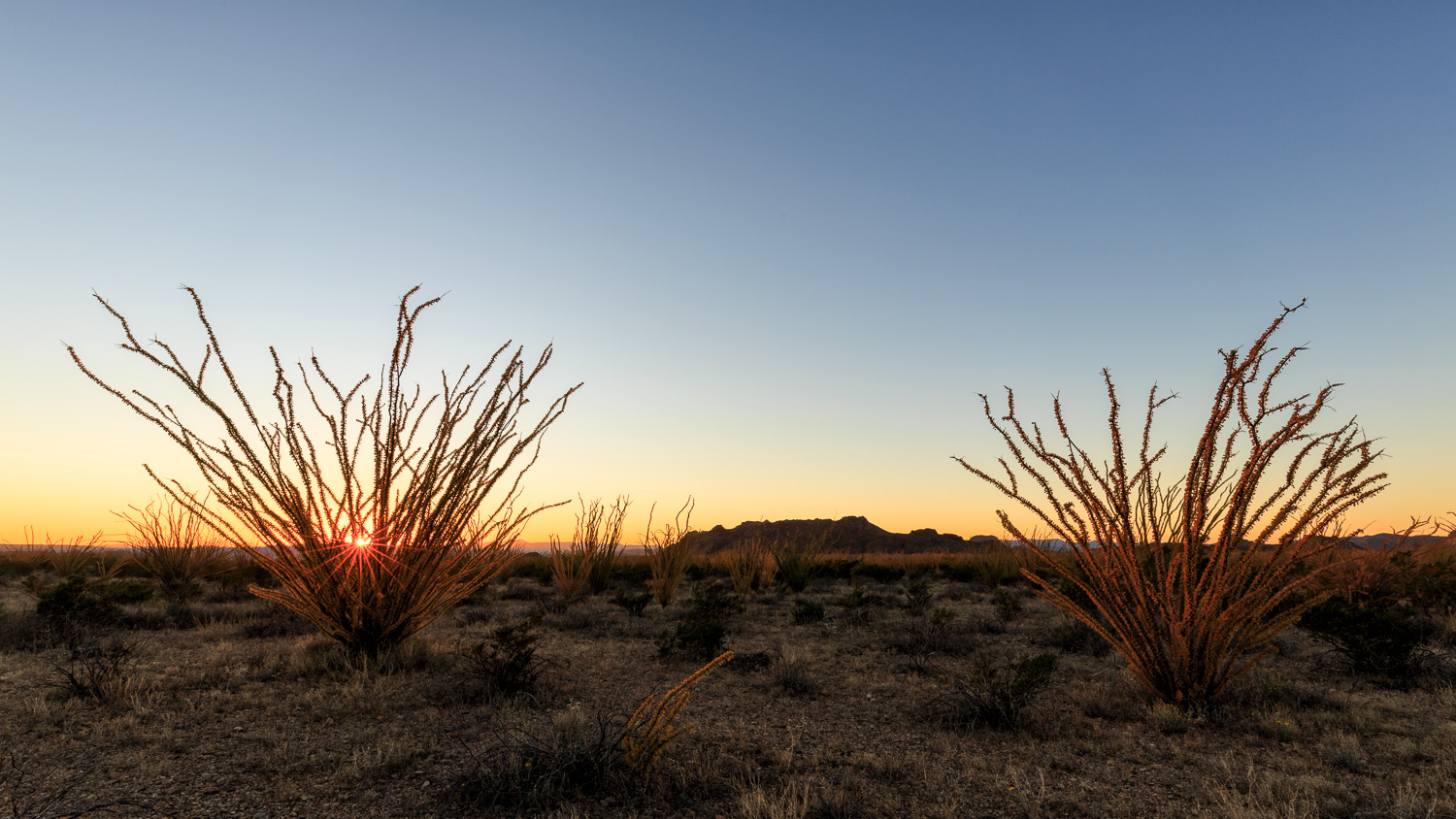 This image was taken with my Canon EOS 5D Mark III using my Canon EF 16-35mm f/4 Lens set on 16 mm. The camera was set on Aperture priority mode with the aperture set at f/14, shutter speed at 1/160th of a second and the ISO set at 100. This image is a single-image processed in Lightroom.