I mentioned in yesterday’s post that I adopted a new hobby, birding (which by the way, was introduced as a verb in 1918). My first image was of a male and female Ladder-backed Woodpecker. The bird in this image is a Western Scrub Jay. I took this image at the Pedernales Falls State Park bird blind.

The western scrub jay (Aphelocoma californica), is a species of scrub jay native to western North America. It ranges from southern Washington to central Texas and central Mexico. The Austin area is on the edge of its boundaries. While many refer to scrub jays as “blue jays”, the blue jay is a different species of bird entirely. Recent research has suggested that western scrub jays are among the most intelligent of animals. The brain-to-body mass ratio of adult scrub jays rivals that of chimpanzees. Scrub jays are also the only non-primate or non-dolphin shown to plan ahead for the future. 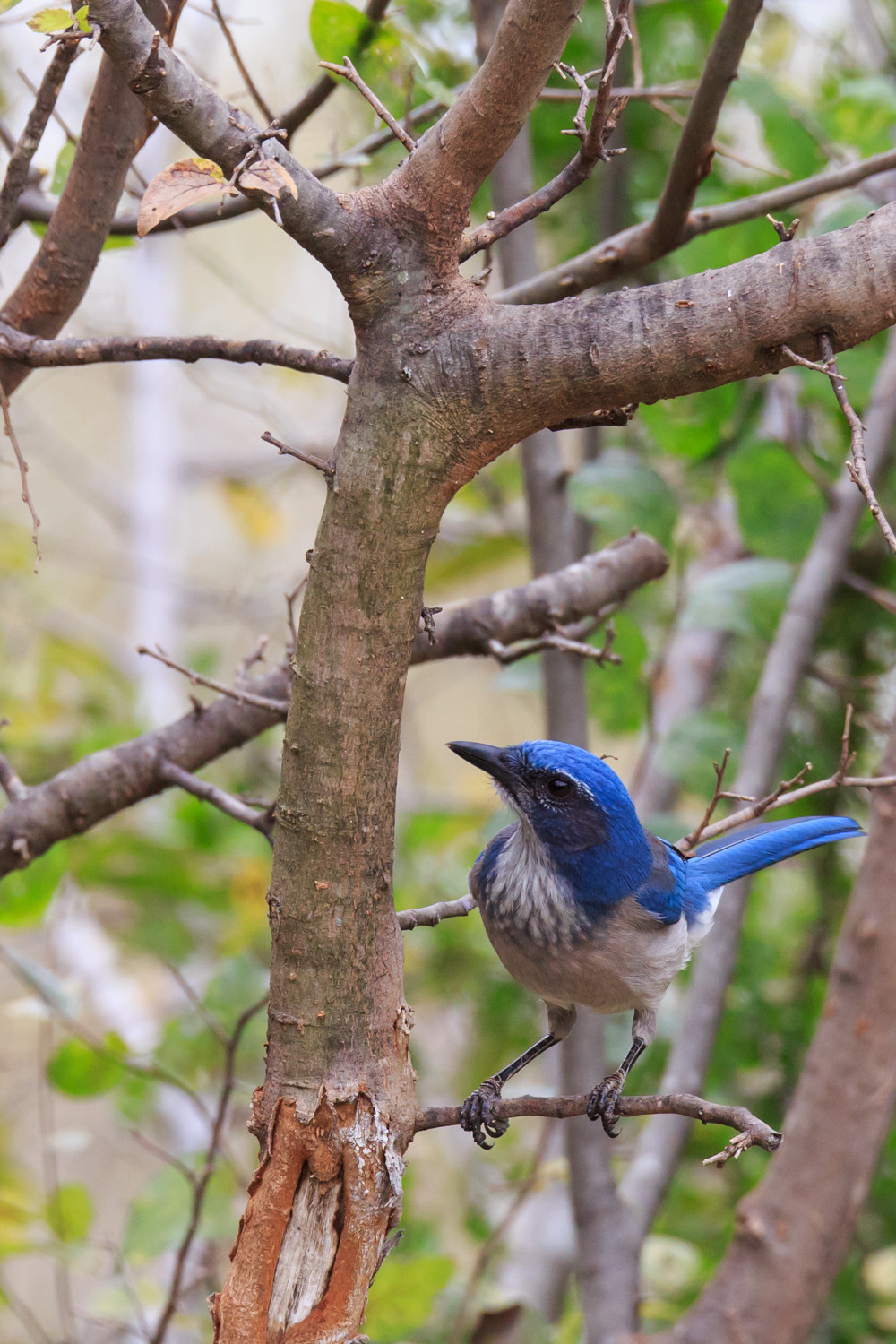 This image was taken with my Canon EOS 5D Mark III using my Sigma 150-600mm F5-6.3 Sports Lens set on 470 mm. The camera was set on Aperture priority mode with the aperture set at f/8, shutter speed at 1/500th of a second and the ISO set at 2500. All processing was done in Lightroom.

This image is best when viewed large. Click on the image to enlarge it. Also, you can access the portfolio for this post by clicking here. Please use the section below to post your comments, questions or suggestions.