Northern Cardinals are one of the most recognizable birds in North America. They are also one of the most plentiful birds in Central Texas. This was certainly the case when I visited the Pedernales Falls State Park bird blind this fall. When I began to process the images I noticed that at least one-third of all my images were of cardinals. I guess the bright red is not only easy to spot but also a pleasure to photograph.  Few things in nature are as bright as a male cardinal.

One of our most popular birds, the Cardinal is the official state bird of no fewer than seven eastern states and the mascot of numerous professional and collegiate sporting teams. Abundant in the Southern United States and Mexico, the Cardinal has been extending its range as far north as Canada. West of the Great Plains, the Cardinal is mostly absent, but it is locally common in the desert Southwest. I’m not sure why they named it the “Northern” Cardinal when it’s clearly a “Southern” bird… 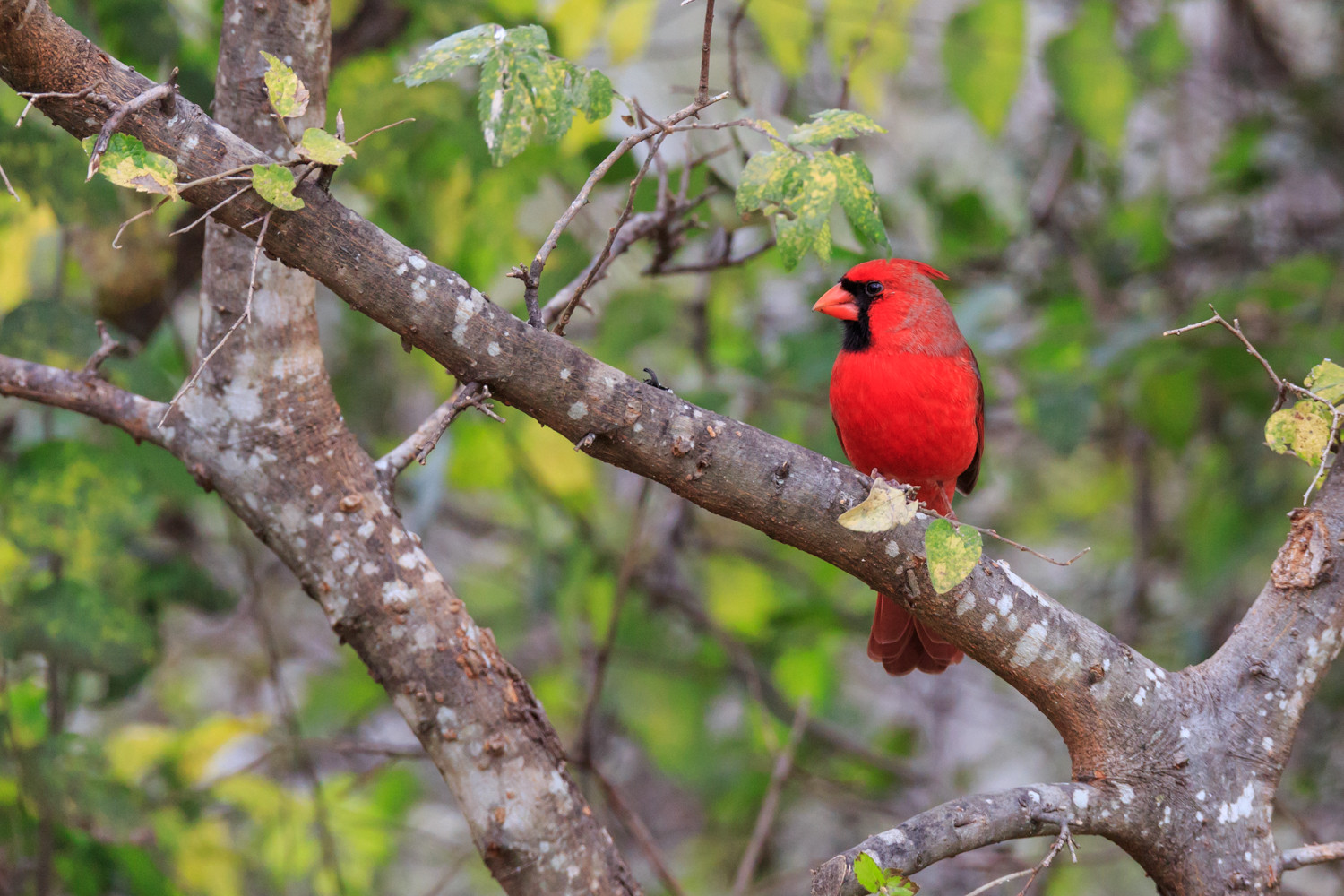