The Rio Grande serves as a natural border between the United States and Mexico and is one of the principal rivers in the southwestern United States. It’s total length is about 1,900 miles and the river is in the top five longest rivers in North America.  Since the mid–20th century, heavy water consumption by farms and cities along with many large diversion dams on the river has left only 20% of its natural discharge to flow to the Gulf. I saw this as we took photographs along the river. There were many ares where one could easy walk across.

This image was taken with my tripod in the water and set to about 18-inches off the surface. I guess you could say that I was literally standing on the border. I wanted to give a different vantage point and showcase some of the rocks that are in the river. Using an ultra wide angle lens allowed me to point the camera straight down and still capture the sunset at the top of the frame. 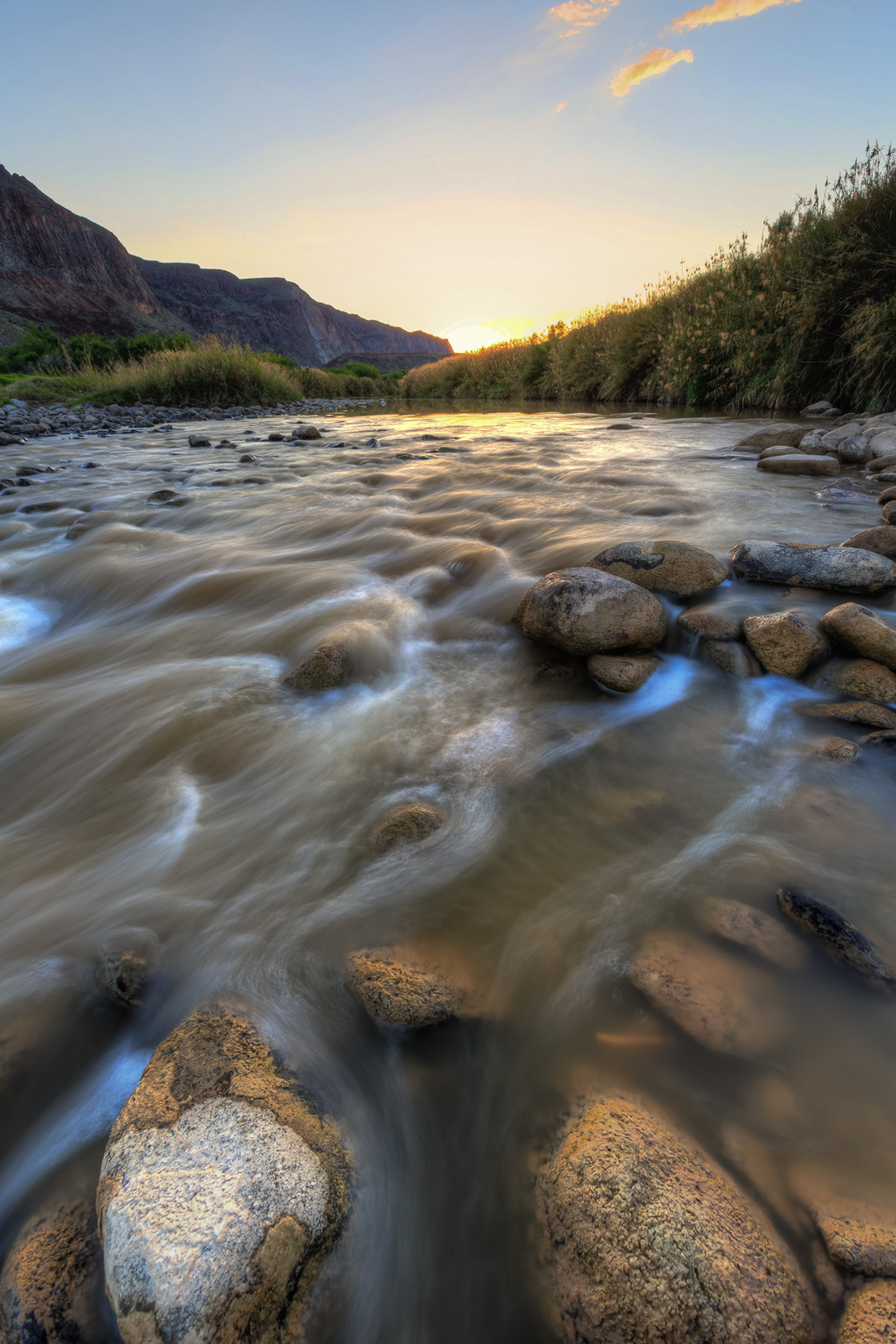 This image was taken with my Canon EOS 5D Mark III using my Canon EF 16-35mm f/2.8 Lens set on 16 mm. The camera was set on Aperture priority mode with the aperture set at f/11, shutter speed at 1/8th of a second and the ISO set at 100. I took a total of five bracketed images (-2, -1, 0, +1, +2) and brought them together into one HDR image using Photomatix Pro. Final processing was done in Photoshop.

This image is best when viewed large. Click on the image to enlarge it. Also, you can access my Big Bend NP Gallery by clicking here. Please use the section below to post your comments, questions or suggestions.