I traveled to the Miami area earlier this year to attend an event. I mentioned in prior posts that I took some time to do some photography work. One of the images I wanted to capture was of the Miami skyline at dawn. I figured that there would always be great clouds and if I got lucky, the bright orange sunrise would make for a great image. So, I headed out one day to scout the area and decided that the vantage point I had chosen during my online research was the best one. I got up early, drove down before dawn, setup the camera and waited for the sun to rise.  Unfortunately, I did not get the orange sunrise I was envisioning but I did get some good clouds and a dusting of color.

Miami is a very interesting city. I traveled there many times on business as many companies that do business in Latin America are headquartered there. The Miami area was inhabited by indigenous cultures for thousands of years.  The Tequestas occupied the area before encountering Europeans. In 1566 the explorer, Pedro Menéndez de Avilés, claimed it for Spain. Spain and Great Britain successively “controlled” Florida, and Spain ceded it to the United States in 1821. Miami was officially incorporated as a city on July 28, 1896 with a population of just over 300. 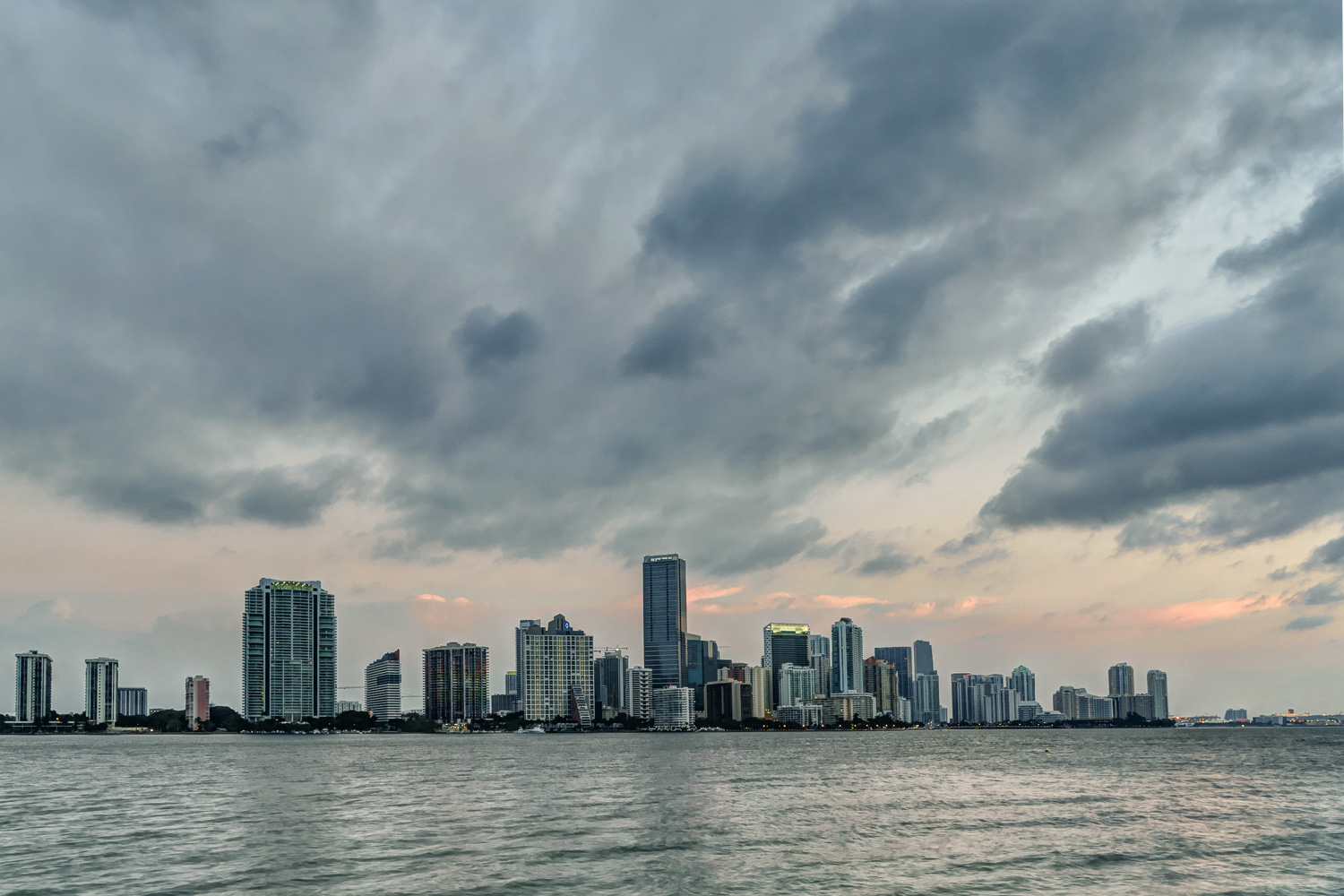 This image was taken with my Sony a7 II DSLR using my Sony FE 24-70mm f/4 Lens set on 24 mm. The camera was set on Aperture priority mode with the aperture set at f/14, shutter speed at 1/2 second and the ISO set at 100. I used my tripod in order to get a stable foundation.