My Encounter With The ‘Afghan Girl’ Photographer

I saw a National Public Radio (NPR) headline show up in my newsfeed earlier this week titled “The Story Behind Steve McCurry’s Iconic ‘Afghan Girl’ Photo“.  It was part of their series “My Big Break“.   The story talks about how a very short encounter with an Afghani refugee changed his life back in 1984.  The story reminded me of the time during the summer of 2012 when  I stopped in Lubbock, TX to get something to eat while on my way back from visiting friends in Colorado.  I noticed that the award winning and famous National Geographic photographer, Steve McCurry, was going to be speaking on the Texas Tech University campus later that month.  So, I planned a trip there to potentially meet him, get some books autographed and listen to him speak. 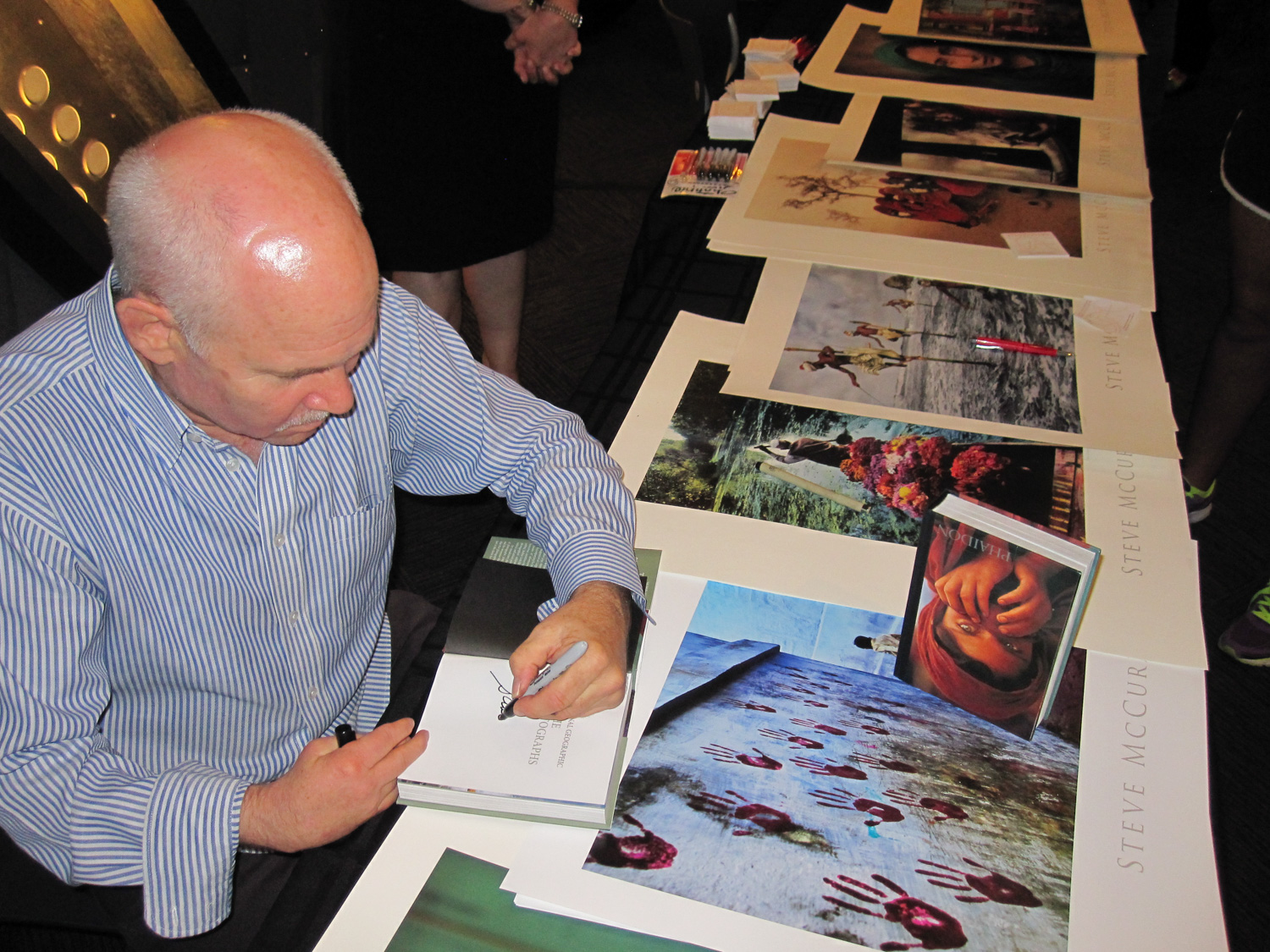 When I arrived at the university for the event, I noticed a gathering of people along with some television cameras and went over there to see if that was Steve.  In fact, it was an interview with Steve.  I waited for the interview to be over and for him to finish his conversation with some of the folks before I approached him to shake his hand.  As I reached out with my right hand to greet him (and I’m sure I said something like “I’ve always been a great fan of yours…”) he immediately shook my hand with his left hand.  I realized immediately that his right hand was not fully functional.  Not only did I not know this but I also never thought about all cameras being “right-handed”.  I was even more impressed with his work after knowing this.  How did he manage to take such wonderful images in less than ideal situations as a war photographer and with limited dexterity?  So, I did some research. As it turns out, he crafted various devices which he connected to the tripod mount on the bottom of the camera so he could hold the camera with his right hand while making adjustments and triggering the shutter with his left.  Amazing!  I was even more impressed with his abilities, attitude and approach.  I often think of him when I’m down on my results and it inspires me to persevere.