Little Skellig (about a mile off in the distance) is the neighboring island to its more famous Skellig Michael (aka Great Skellig). Little Skellig, however, has fame of its own. It does not have a monastery at the top of the island (like Skellig Michael) but it is home to Ireland’s largest Northern Gannet colony of nearly 30,000 pairs. The colony also ranks high among the world’s larges Gannet populations. The boat we were on took a tour around the island and the population of birds was definitely impressive.

I captured this photograph after spending time at St. Fionan’s Monastery at the top Skellig Michael. While hiking back down I stopped along the way to photograph the Puffins and also stoped at this famous standing rock to photograph it along with the nearby island. The rock is called the “Wailing Woman Rock” and it is a very popular place for visitors to stop and photograph. I am not sure if this rock was there before the monastery or if the inhabitants built / carved it. 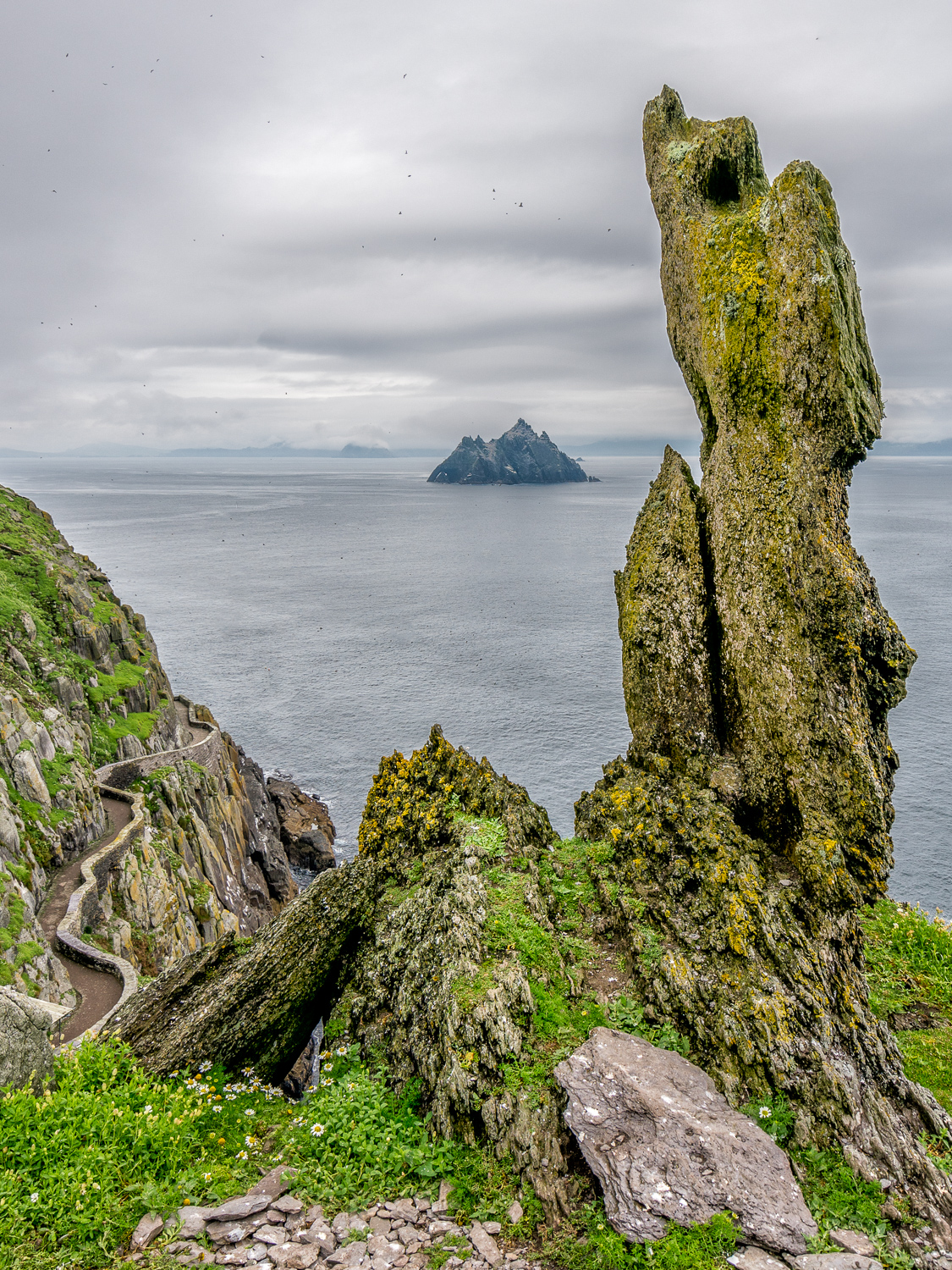 This image was taken with my Sony A7R II using my Sony FE 16-35mm f/4 Lens set on 16mm. The camera was set on Aperture Priority mode with the aperture set at f/9, shutter speed at 1/200th of a second and the ISO set at 100. I hand-held the camera for this image. This is a single image processed in Lightroom and finalized in Photoshop using Nik Color Efex Pro.