I photographed this Great Egret at the Aransas National Wildlife Refuge near Rockport, TX. I am planning a trip to the region later this week to photograph beautiful landscapes and local/migratory birds. The Great Egret is widely found in the Refuge and throughout the southern portion of Texas. The last time I visited the Refuge I went in by boat. This time I intend to enter the Refuge by land. I hope to get some good photos of wildlife while I’m there. If I’m lucky, I will get some good photos of Whooping Cranes. Stay tuned. 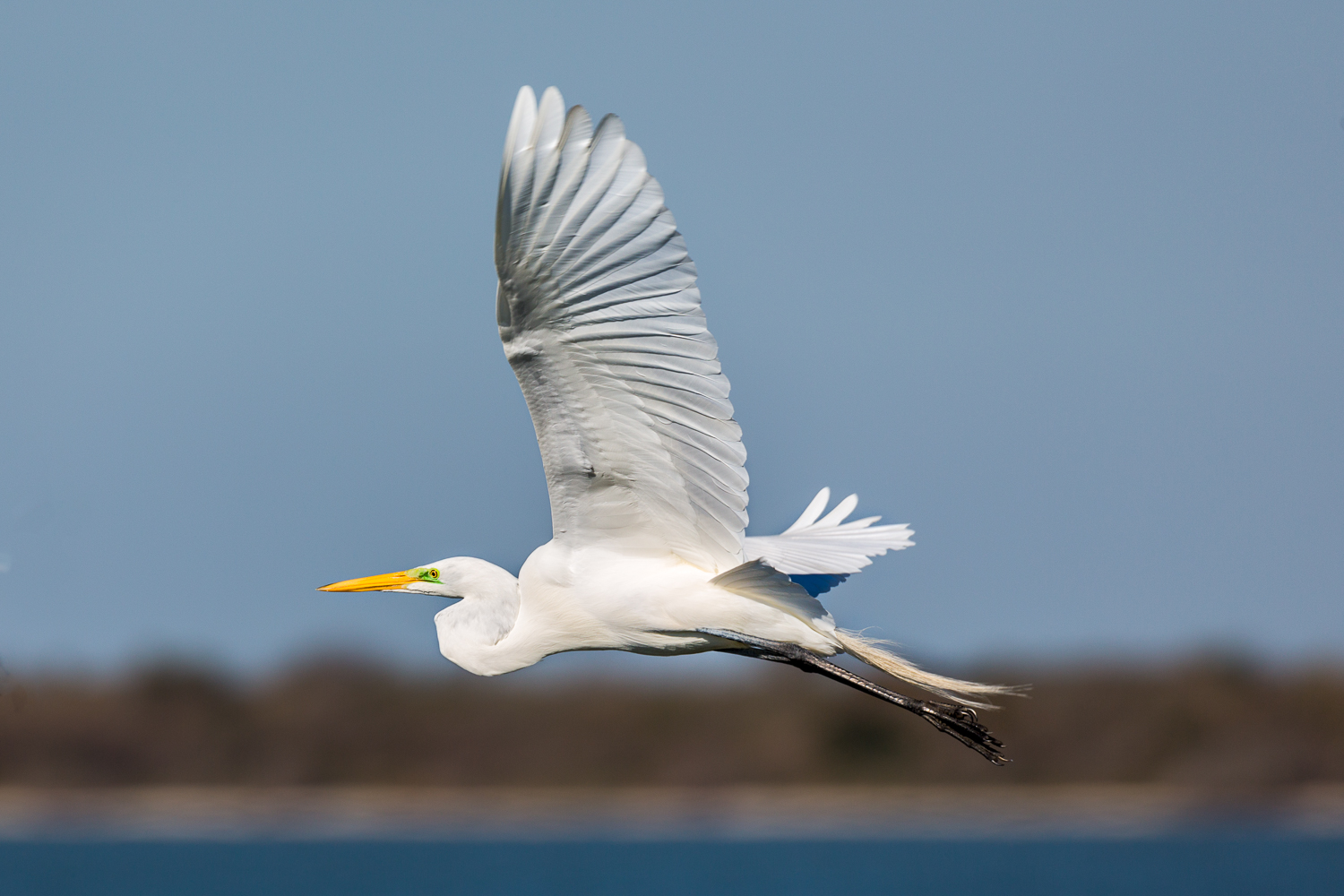 This image was taken with my Canon EOS 5D Mark III using my Sigma 150-600mm f/5-6.3 Sports Lens set on 569mm. The camera was set on Aperture Priority mode with the aperture set at f/8, shutter speed at 1/640th of a second and the ISO set at 100. This is a single image processed in Lightroom and finalized in Photoshop using Nik Color Efex Pro.

You can access the profile for this bird by clicking here. Please use the section below to post your comments, questions or suggestions.