I mentioned in yesterday’s post that Austin is not known for its fall colors. We are also not know for having a functioning lighthouse. However, there is a lighthouse on Lake Austin that I’ve had my eye on for some time. I decided to go out last week with a friend to photograph it. This photograph of the lighthouse on Lake Austin was taken a few minutes before the one I posted yesterday. My hope was to have perfectly calm water to get a great reflection. I got half of my wish. The breeze was causing just enough ripples in the water to mess up part of the reflection. I should have used a polarizer to minimize the glare but I did not think of doing so until I was looking at my photographs later that day.

So, where is the lighthouse and what is its purpose? It is located on Lake Austin, just west of the Pennybacker bridge on Highway 360 (aka North Capital of Texas Highway). It, and other structures, are part of The Curtain Theatre, a replica of Shakespeare’s Globe, and it sits on the property of Mr. Richard Garriott (local game developer/producer). You can see this structure as you drive over the 360 bridge. Look west. It’s a tiny white spec on the far end of the river. That’s why I had to use a long lens to capture this image. 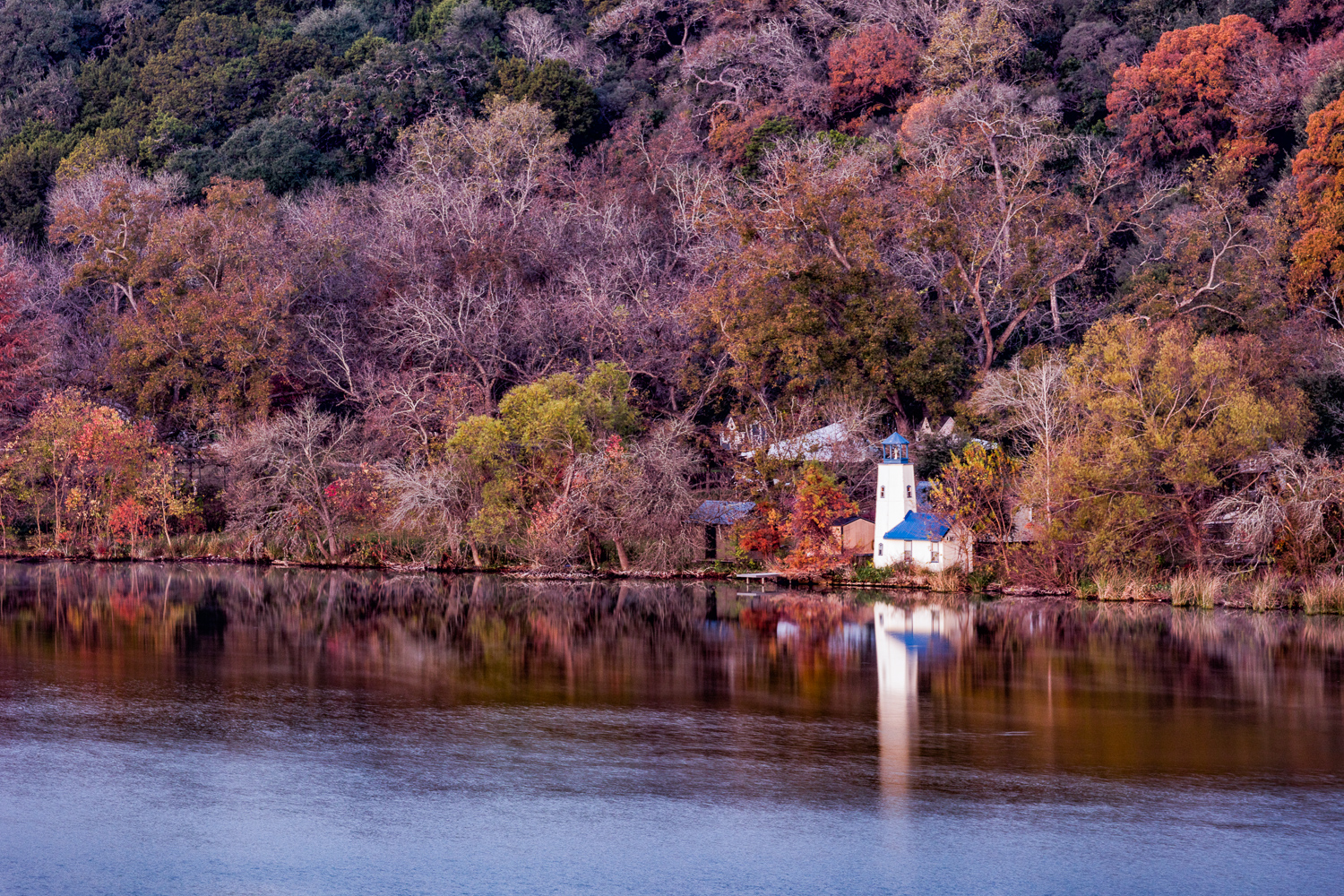 This image was taken with my Canon EOS 5DS using my Canon EF 100-400mm f/4.5-5.6 II Lens set on 400mm. The camera was set on Aperture Priority mode with the aperture set at f/5.6, shutter speed at 5 seconds and the ISO set at 100. I used a tripod for stability. This is a single image processed in Lightroom. I completed processing in Photoshop using Nik Color Efex Pro.