I captured this photograph of a Sunrise over Lake Michigan during my recent trip Chicago. Initially, I thought the sun was going to be blocked by the cloud bank and that I was not going to get my anticipated starburst. Then a slit opened up and the sun came through. I love it when a plan comes together!

Lake Michigan is the third largest Great Lake by surface area and the sixth largest freshwater lake in the world. Because Lake Michigan is joined to Lake Huron at the Straits of Mackinac, they are considered one lake hydrologically. Twelve million people live along Lake Michigan’s shores, mainly in the Chicago and Milwaukee metropolitan areas. Lake Michigan has many beaches and as such it is often referred to as the “Third Coast” of the United States. 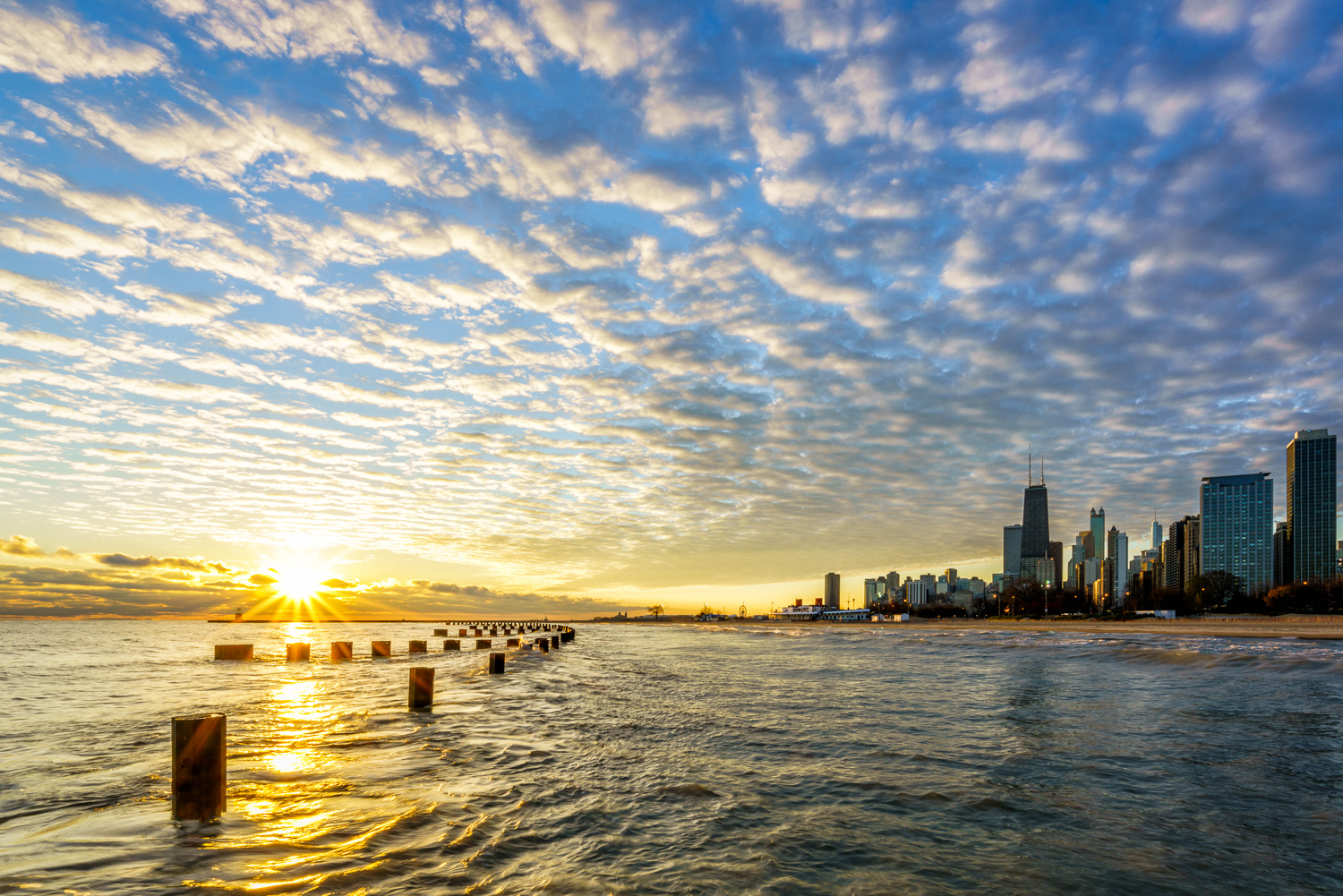 This image was taken with my Sony Alpha A7R II using my Sony 16-35mm f/4 Lens set on 16mm. The camera was set on Aperture priority mode with the aperture set at f/22, shutter speed at 1/10th of a second and the ISO set at 100. I used a tripod for stability. This is a single image processed in Lightroom then completed in Photoshop using Nik Color Efex Pro.