Meet Grey Wolf #712M, a twelve-year old alpha male. I photographed him at the Yellowstone National Park on the way to see some of the sites in the park. I was lucky enough to be standing next to one of the Grey Wolf volunteer researchers who provided a lot of great information about this wolf, including his ID. There are quite a few Grey Wolves that wear a collar so that the researchers and volunteers can track them.

The wolf is a major predator that was missing from the greater Yellowstone ecosystem for decades until its restoration in 1995. As of January 2016, there were about 100 wolves in 10 packs living primarily in Yellowstone and 528 wolves living within the greater yellowstone ecosystem. In general, wolf numbers within the park have fluctuated between 83-104 wolves from 2009 to 2015. I was very lucky to have seen this wolf, even though it was far away. 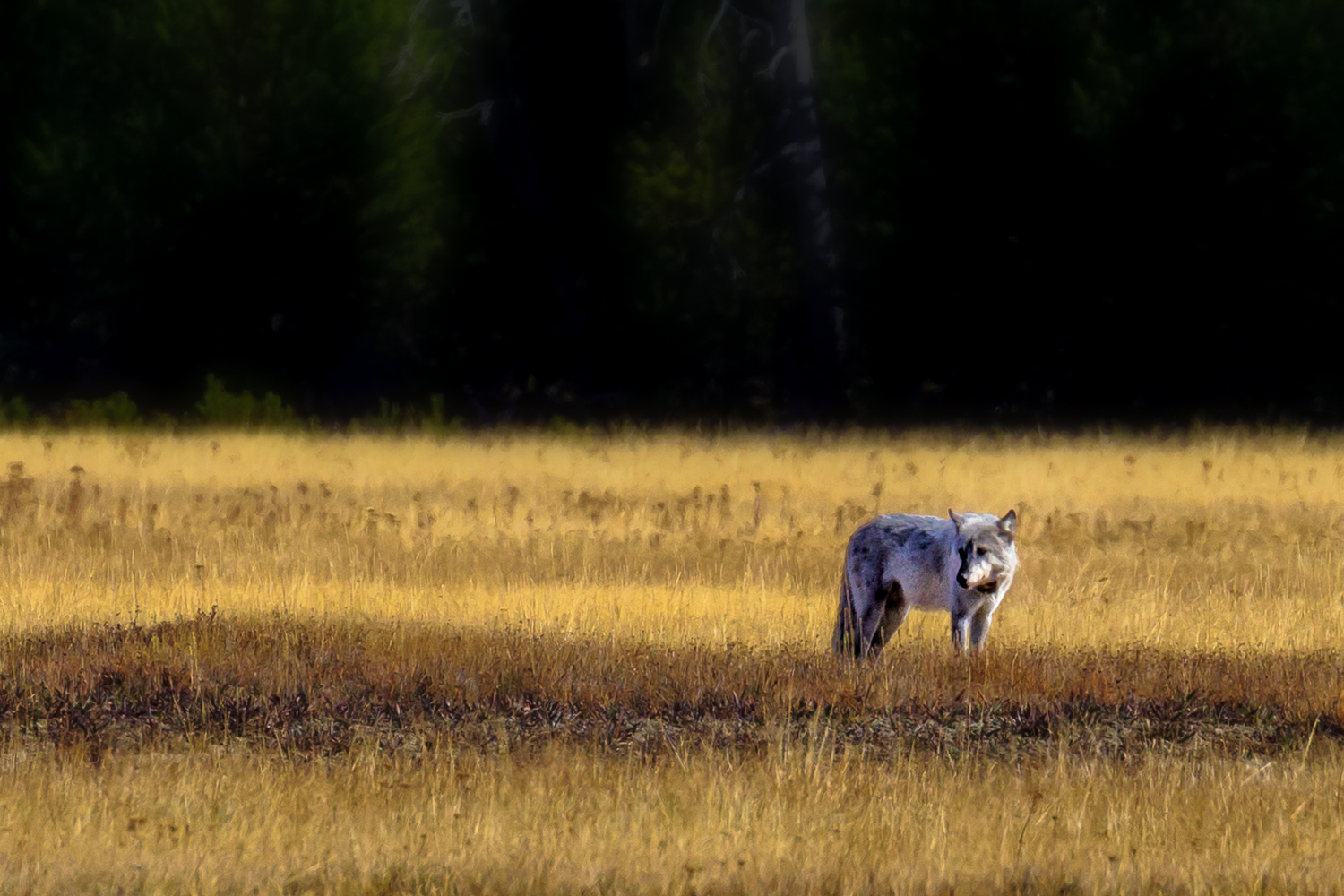 This image was taken with my Canon EOS 7D Mark II using my Canon EF 100-400mm f/4.5-5.6 II Lens set on 400mm. The camera was set on Aperture Priority mode with the aperture set at f/5.6, shutter speed at 1/2000th of a second and the ISO set at 400. I did not use a tripod for this image and I probably should have. This is a single image processed in Lightroom and Nik Color Efex Pro.