The first challenge to come in was for a Ladybug. When I read the email I had no idea how to go about finding a ladybug in mid-summer. Later in the day I decided to go out in the back yard and just take a look. And, would you believe that the first plant I found and the first leaf I looked at had a ladybug? I clipped the leaf and brought it into the studio, placed it into the light box, captured eight images, took it back outside and the thing did not move until it was back on the plant. I could not figure out how to give it a bonus for being such a good model.

Ladybug (Coccinellidae family) is a widespread family of small beetles ranging in size from 0.03 to nearly 0.75 inches. This one measured about 3/16ths of an inch. Coccinellids are known as ladybugs in North America, and ladybirds in other areas.  Entomologists widely prefer the names ladybird beetles or lady beetles as these insects are not classified as true bugs. A bug is a bug, right? Well, not really. Apparently, beetles are not bugs. Neither are flies.

If you have a Macro Challenge for me just drop me a note via email or through the comment below. 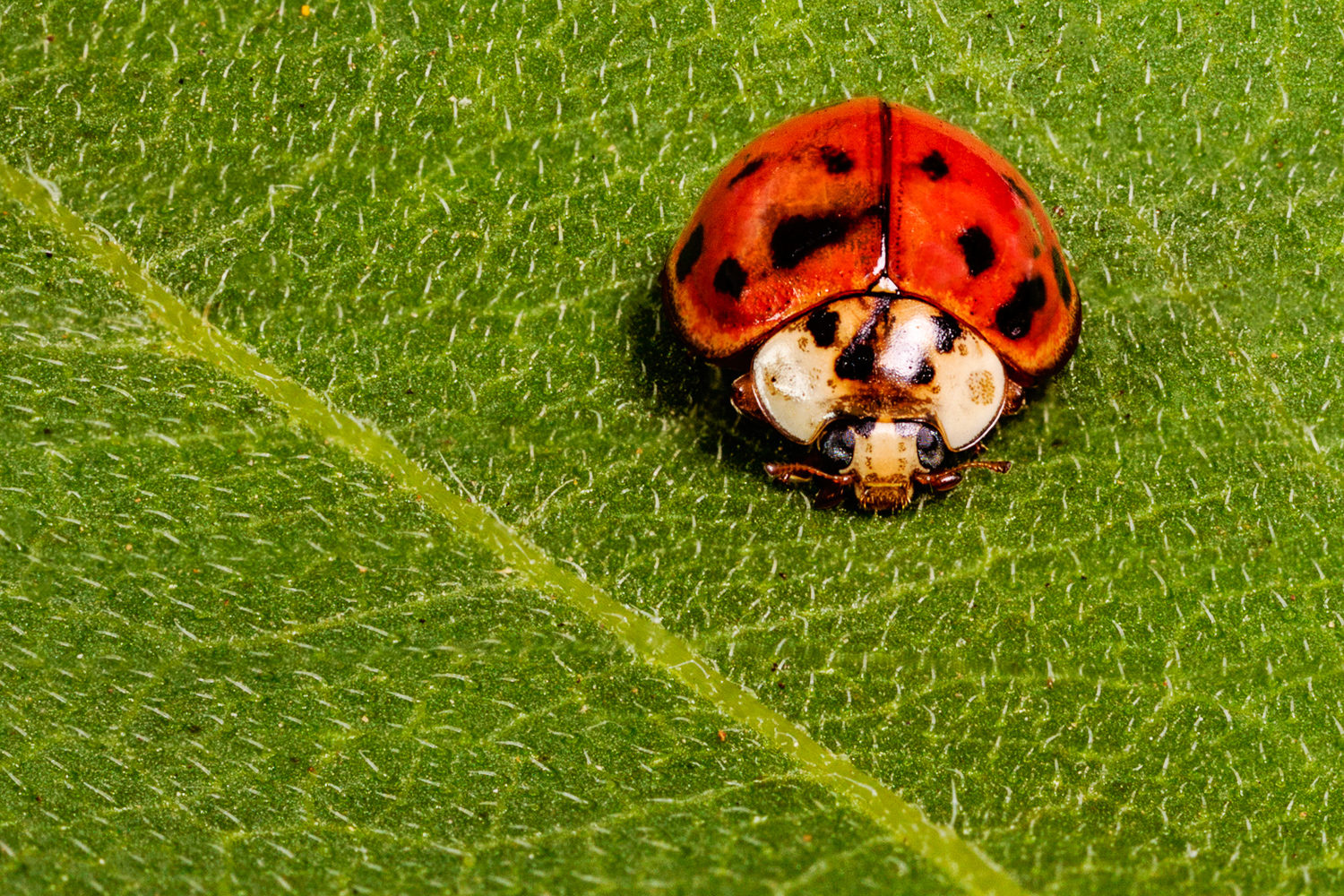 This image was taken with my Canon EOS 5D Mark III using my Canon EF 100mm f/2.8 Macro Lens. The camera was set on Manual mode with the aperture set at f/11, shutter speed at 1/4th of a second and the ISO set at 100. This image is comprised of eight focus stacked images captured in my light box using three LED lights. I used Helicon Focus to put together the image. I then finished the image in Lightroom and Photoshop using Nik Color Efex Pro. NOTE: This was a 1x magnification. I cropped the image down to about 35% in order to show more detail.