I captured this photograph of a Fork Tailed Bush Katydid (Scudderia furcate) sitting on a Blackfoot Daisy yesterday morning in my front yard. I noticed that some flowers were blooming in the undeveloped area and I walked over to see what they were. To my surprise I spotted this very colorful nymph sitting on the flower so I ran in and got my macro gear so I could photograph it. I used the manual focus stack technique that I used to capture the spider on the Buffalo Bur that I wrote about yesterday. There was a breeze which made it difficult to create a perfect stack.

Katydids get their name from the sound of the chirps they make. It is akin to someone calling “Katy-did, Katy-didn’t” and that became how thy were recognized. The Fork Tailed Bush Katydid male as a split “tail” at the end of its abdomen. This physical feature became part of its name. Katydids are very small insects. As a point of reference, this Blackfoot Daisy measured about 5/8″ in diameter. Katydids have excellent eyesight and when startled can hide behind leaves quickly. This was evident when I went back to measure the plant. It ran and hid behind the flower as I got near the flower with the ruler. This particular species is a pest on citrus groves. They nibble on the rind, which ruins the fruit. 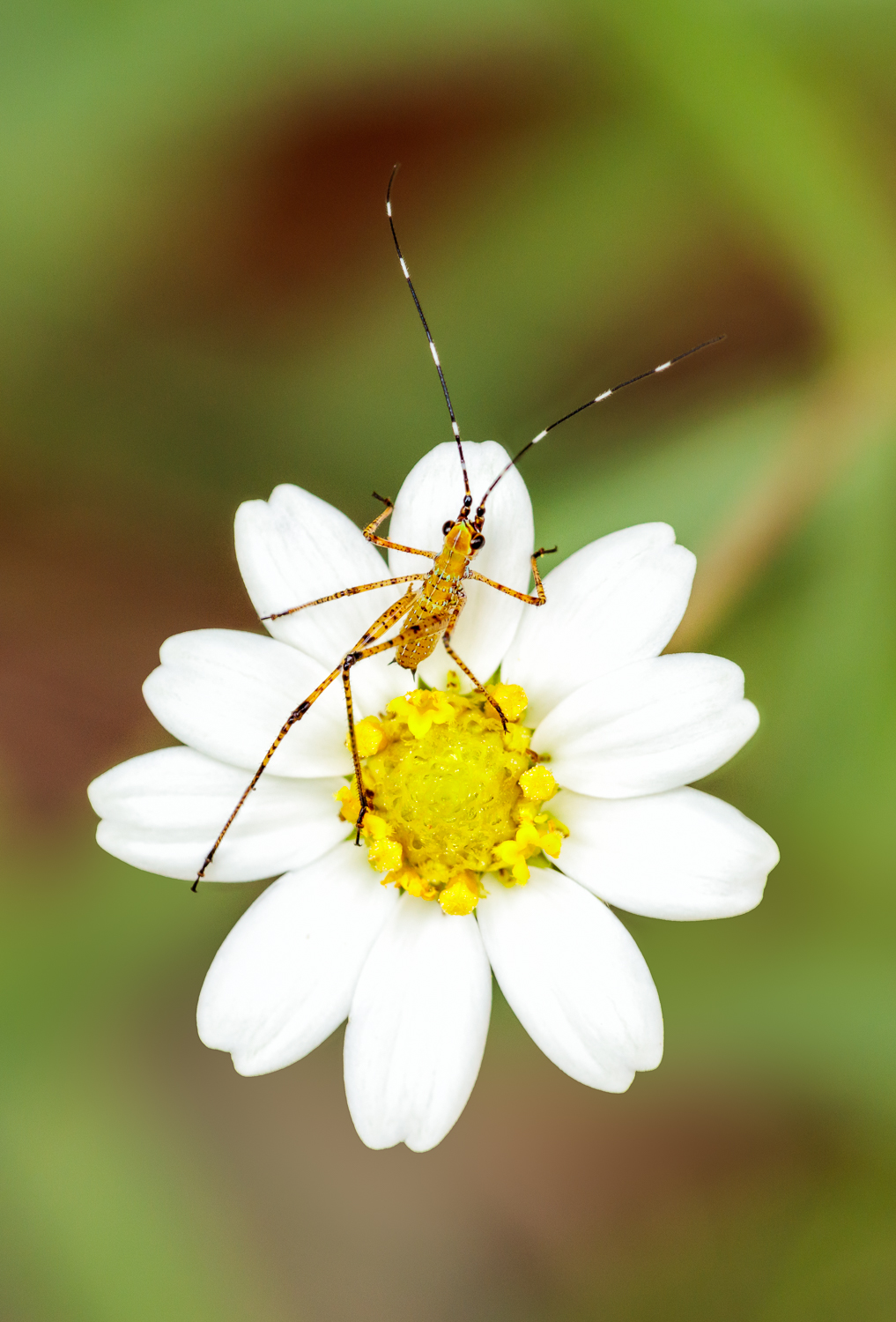 This image was taken with my Canon EOS 5DS using my Canon EF 180mm f/3.5 Macro Lens. The camera was set on Aperture Priority mode with the aperture set at f/8, shutter speed at 1/100th of a second and the ISO set at 400. I did not use a flash to light the subject. I captured three images using manual focus stacking (manually adjusting the focus). I brought the images into a single image using Photoshop. I then used Lightroom and Nik Color Efex Pro to finalize the image.

This image is best viewed large. Click on it to enlarge it. Please use the section below to post your comments, questions or suggestions.