I captured this sunrise image of downtown Austin from a spot named Sahm Hill Summit. I have been wanting to photograph the Austin skyline from this vantage point for some time. It’s one of the least dramatic views of downtown Austin but, as you can see, many of the holes are starting to fill in with new construction. It will probably be a great spot in a year or two. The skies that morning certainly cooperated. The people also helped out as they tend to congregate in this spot for their morning stretching exercises and workouts. I had the scene all to myself for a change.

Sahm Hill Summit was built in honor of Douglas Wayne Sahm, a popular musician in several popular genres. He was a musical prodigy who, at an early age, began playing with a local band. He was singing on the radio at the age of five and was so gifted that he could play the fiddle, steel guitar, and mandolin by the time he was eight years old. A native of San Antonio, he moved to Austin in the 1970’s and became a member of the “Cosmic Cowboy” scene, along with Willie Nelson and Jerry Jeff Walker. In 2008 the city of Austin approved the naming of Doug Sahm Hill, the highest point of a park near Lady Bird Lake, in his honor. 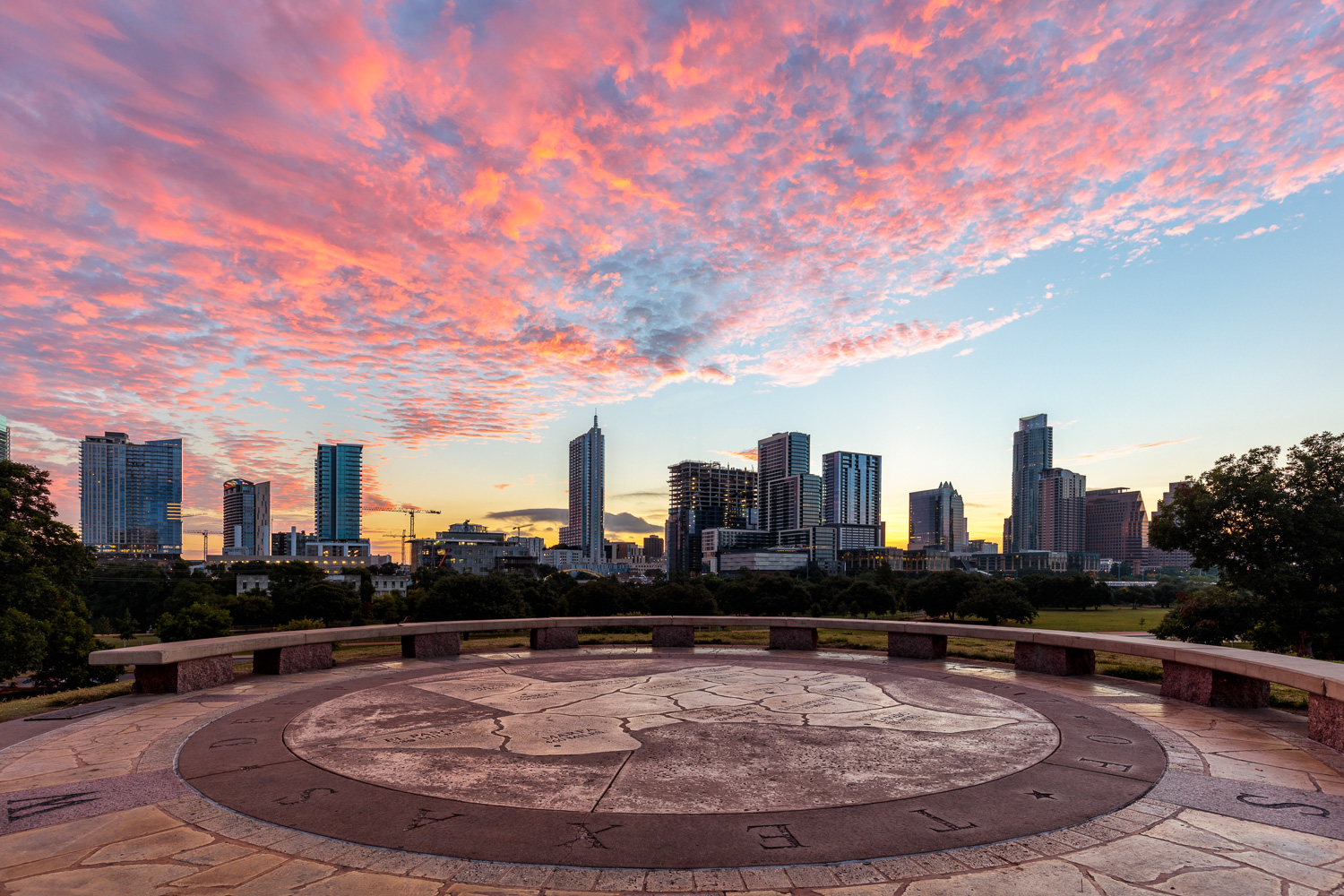 This image was taken with my Canon EOS 5DS using my Canon EF 16-35mm f/4 Lens set on 16 mm. The camera was set on Aperture priority mode with the aperture set at f/8, shutter speed at 1/25th of a second and the ISO set at 100. I captured five bracketed images (-2, -1, 0, +1, +2) and brought them together in Lightroom. I used Photoshop and Nik Color Efex Pro to finalize the image.

You can see other Austin Skyline photographs like this one by clicking here. Please use the section below to post your comments, questions or suggestions.