I planted Purple Headed Gomphrenas (Gomphrena globosa) last year and decided not to plant them again this year, however, the mild winter did not kill them off so they came up again on their own. They usually take a beating in the hot weather so I thought I would photograph them before they wilt.

Gomphrenas are part of the Amaranthaceae family (Gomphrenoideae subfamily) and are not native to Texas. They are mostly found in Australia, Central America and South America. The Purple Headed Gomphrena (aka globe amaranth or bachelor button) is a native plant of Brazil, Panama and Guatemala. In Hawaii, it is commonly used in long-lasting leis since it retains its shape and color after drying. In Neptal, the flower is used to make a garland for Brother’s Day. The garland is put around the brother’s neck by their sister for protection. It is used for medicinal purposes in Trinidad. 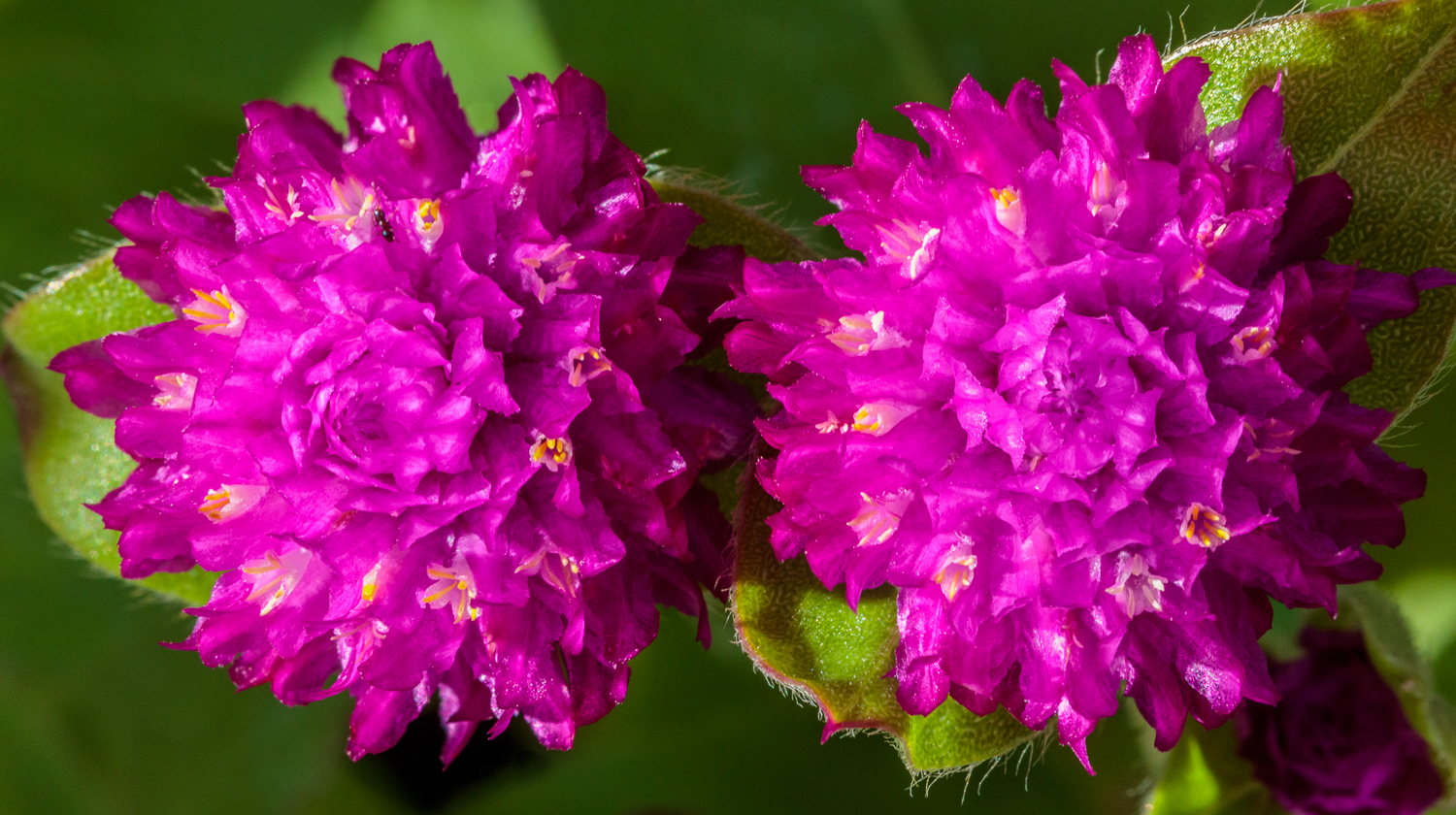 This image was taken with my Canon EOS 5DS using my Canon EF 100mm f/2.8 Macro Lens. The camera was set on Aperture Priority mode with the aperture set at f/14, shutter speed at 1/160th of a second and the ISO set at 800. I did not use a flash to light the subject. I captured four images using manual focus stacking. I then brought the four images into a single image using Helicon Focus. I then used Lightroom and Nik Color Efex Pro to finalize the image.