I keep returning to Austin’s Pennybacker Bridge overlook with hopes of getting a fabulous sunset photo. I posted a photo of my first effort few weeks ago. I tried once again earlier this week but it was not as spectacular as I had hoped. The cloud formations were magnificent about the time I decided to go but they dissipated when I got there… I never really got the last ray of sun because there were clouds in the horizon and the sun disappeared seconds after I captured this image.

The bridge has a uniform weathered rust finish which allows the bridge to blend with the surrounding hills. The finish was sandblasted to ensure even weathering. The bridge was constructed such that no part of the structure touches the water. It is 1,150 feet long with a 600-foot central arched span. The design keeps Lake Austin free from support columns because the recreational lake is popular with boaters and water-skiers. The arch suspension span is suspended by 72 steel cables.

At the time it was built it was only the second bridge in the world with this design. The bridge won first place in the 1984 Federal Highway Administration’s Excellence in Highway Design competition. In 1992, the Austin members of the Consulting Engineers Council of Texas selected the bridge as the most innovative example of Austin architecture. It is truly a magnificent structure. 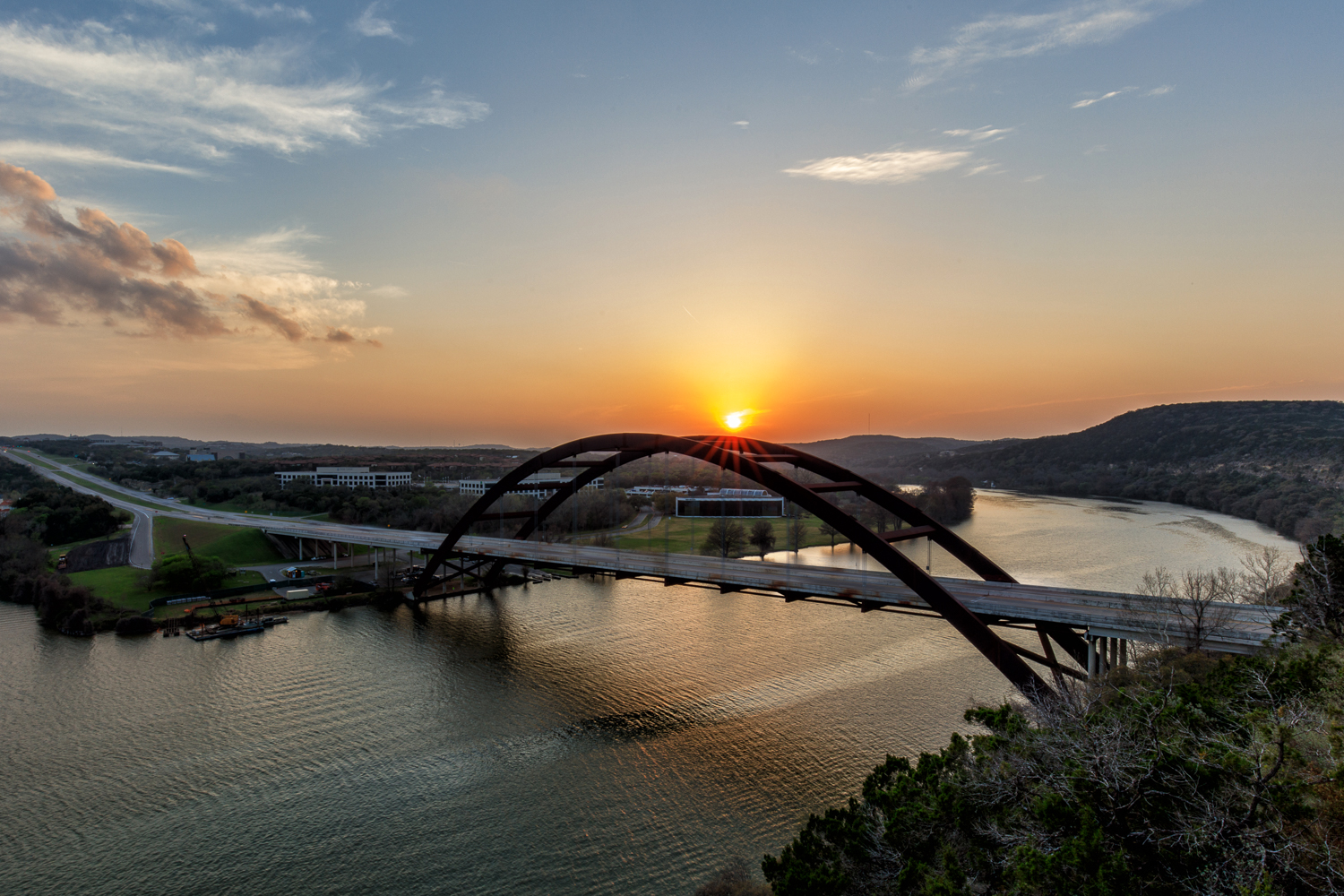 This image was taken with my Canon EOS 5DS using my Canon EF 16-35mm f/4 Lens set on 16 mm. The camera was set on Aperture priority mode with the aperture set at f/22, shutter speed at 1/4th of a second and the ISO set at 100. This is a single image processed in Lightroom and in Nik Color Efex Pro.

You can access other landscape images by clicking here. Please use the section below to post your comments, questions or suggestions.