I mentioned the other day in a post named “Black and White” that I hiked down the trail at the Bull Creek District Park in Austin. It was during that hike that I encountered a limestone cliff full of moss and ferns. The wall was huge and it was spectacular.  Water was seeping out of the limestone formation and it was evident that the moss had been thriving there for some time. It was incredibly green. The constant dripping had formed hundreds of moss “stalactites”.  I called them “mossactites” because I could not find an official word that described these plant formations.  If you know what it is then please let me know.

Mosses are small flowerless plants that usually grow in dense green clumps or mats, in damp or shady locations (like the one I encountered). The individual plants are usually composed of simple, one-cell thick leaves, covering a thin stem that supports them but does not conduct water and nutrients. They do not have seeds or any vascular tissue. At certain times they produce thin stalks topped with capsules containing spores. They were millions of these plants all over the wall. They formed very nice shapes and patterns. If you are in the area I highly recommend going to the moss wall. Click here for the exact location. 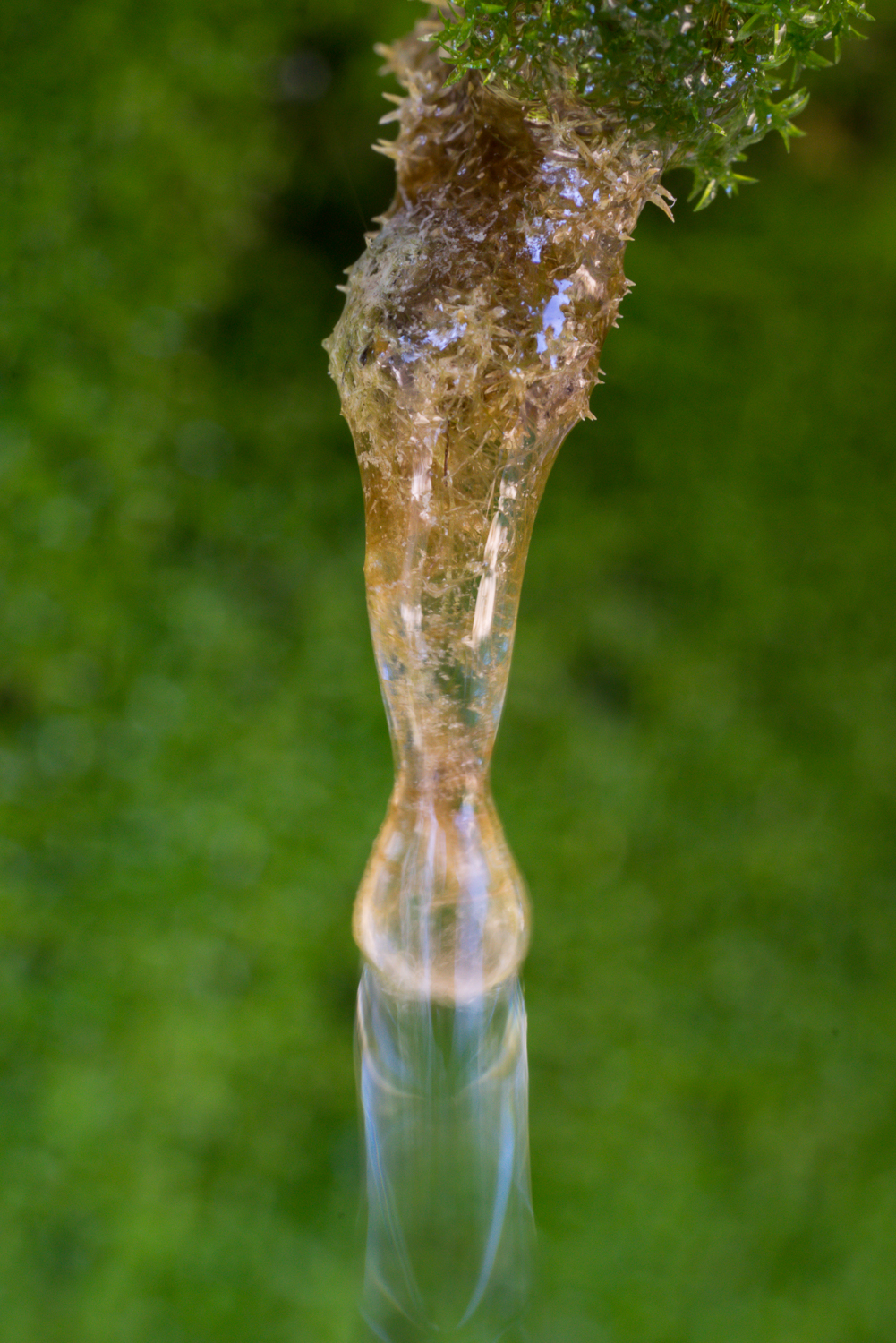 This image was taken with my Sony Alpha A7R using my Sony FE 90mm f/2.8 Macro Lens. The camera was set on Aperture priority mode with the aperture set at f/11, shutter speed at 1/2 second and the ISO set at 800. This is a single image processed in Lightroom.