I mentioned recently that I’m venturing out of my comfort zone and started a new project to capture the Austin Live Music scene. It was during one of those photowalks that I ran across this stained glass window of the front door at the 1886 Cafe and Bakery. I was attracted to the window because of its colors and symmetry. It was also a good subject to practice the use of my manual Rokinon 85mm f/1.4 Lens. I wanted to make sure that I had the right aperture to control the depth of field and also focus properly on a flat surface.

The 1886 Cafe and Bakery is actually part of the Driskill Hotel in downtown Austin, TX. The hotel was built by Col. Jesse Driskill, a cattleman who was focused on building “the finest hotel south of St. Louis”. It was completed in 1886 (thus the name of the restaurant) at a total cost of $400,000. It is the oldest operating hotel in Austin and is also one of the best-known hotels in Texas. The architecture and decor of this hotel draws many visitors but more importantly it is the venue for many weddings. The facility was threatened with demolition in 1969 after a planned renovation fell through. It was saved from the wrecking ball at the last minute by a non-profit organization that raised enough money to renovate it and keep it going. It reopened in 1972 and has been successful ever since. I recommend you visit the hotel when you are in the area. 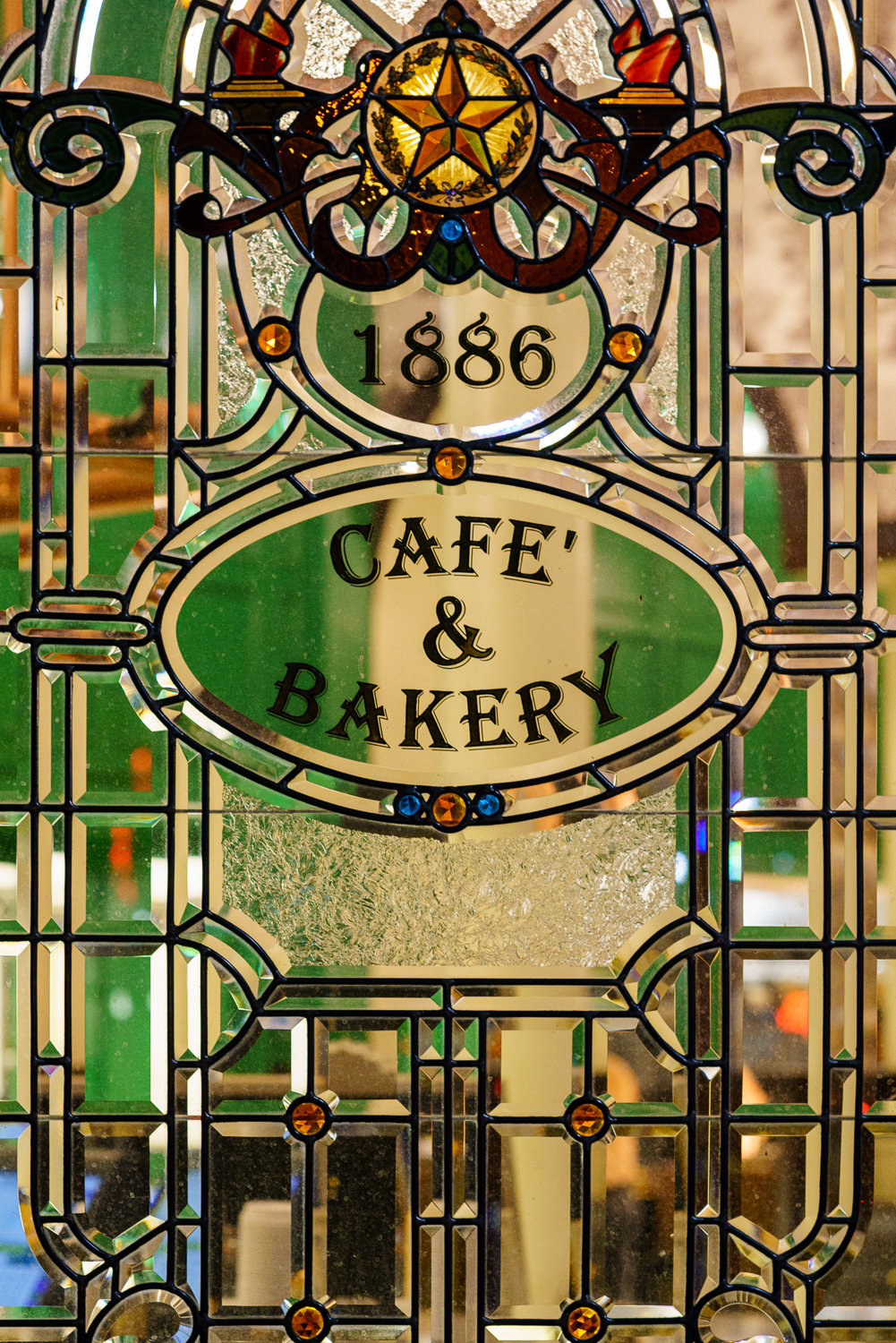 This image was taken with my Sony Alpha A7R II using my Rokinon 85mm f/1.4 Lens. The camera was set on Aperture priority mode with the aperture set at f/2.8, shutter speed at 1/50th of a second and the ISO set at 3200. I mentioned in my earlier post that managing the manual aperture and focus on this lens was a challenge, but, I had a good time doing it. This is a single image processed in Lightroom and Nik SilverEfex Pro.