I have posted a few images taken at the end of the Lost Mine Trail during my recent trip to Big Bend National Park. The image below was taken at sunrise from the same spot but looking South down Juniper Canyon. You can see Mexico off in the distance, the South Rim (~7,400 ft) on the right and Elephant Tusk (5,249 ft) just left of the Rim. Elephant Tusk is a large volcanic plug that formed around 30 million years ago during the most active period in Big Bend’s volcanic past. Hot magma rose from deep in the crust, and reached an impermeable layer of country rock, which gave the peak its distinctive shape.

The Lost Mine Trail is perhaps the best hike to go on if you only have a day to spend in Big Bend. It’s not terribly long, provides a great access to the typical plants, animals and geological formations seen in the park and it’s not too far from the main park ranger station or the Chisos Basin Lodge rooms. The trail gets its name from a legend that suggests that a secret mine existed in the area. Workers were blindfolded before being brought to the mine to work, thus, they could not disclose the location of the mine. The legend also says that all of the workers were killed by local Comanche and the mine closed up to hide its location. We saw no evidence of a mine… 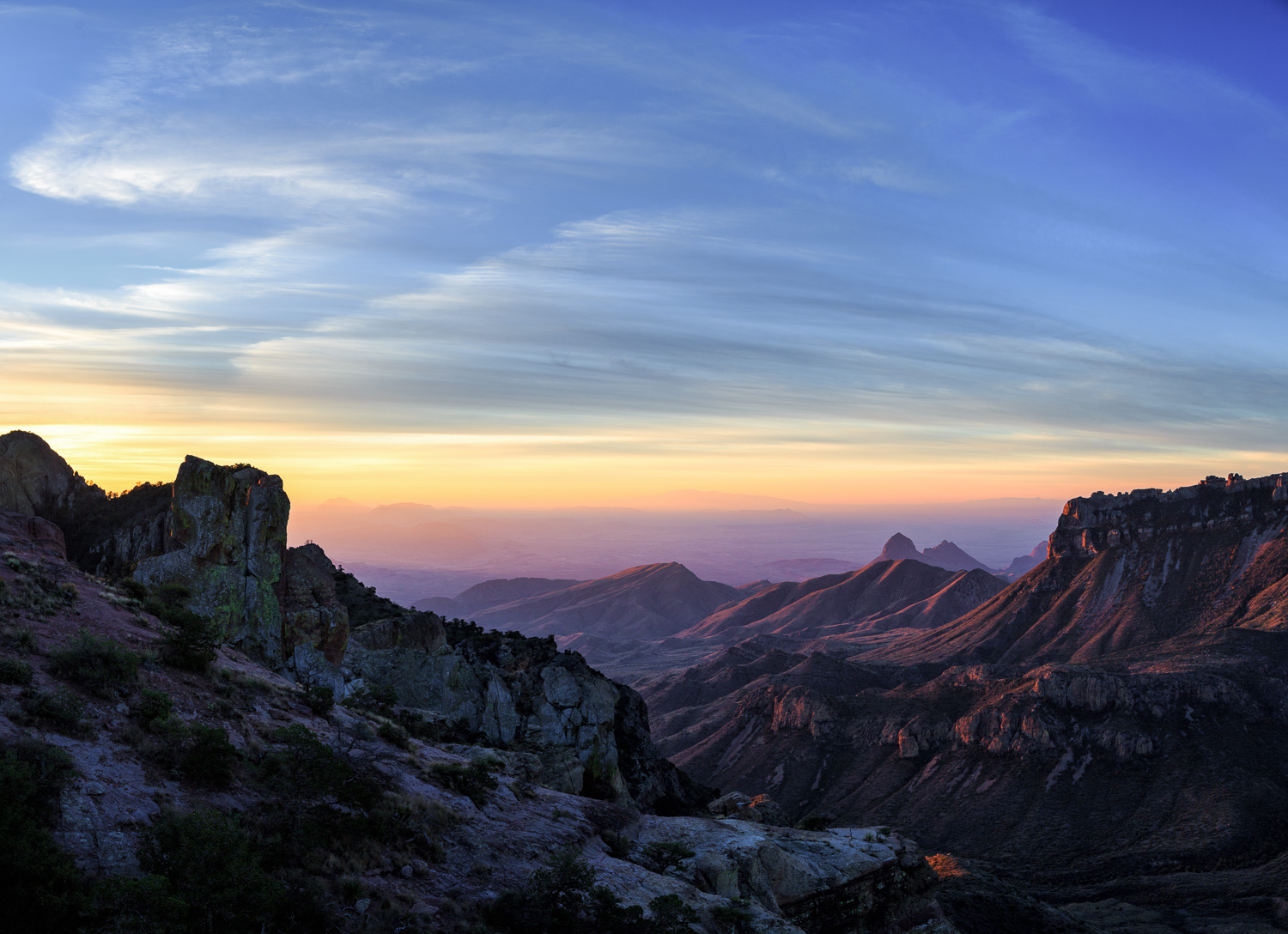 This image was taken with my Canon EOS 5D Mark III using my Canon EF 24-105mm f/4 Lens set on 40 mm. The camera was set on Manual mode with the aperture set at f/5.6, shutter speed at 1/60th of a second and the ISO set at 100. This was a panorama shot composed of 3 images and processed in Lightroom and Nik Color Efex Pro.