Photography magnification can be a confusing and complicated topic so I thought I would write a simple definition and provide a visual example of what one can do with the right technology. The magnification of a lens means how large (or small) a subject can be reproduced on the image plane. In the film world the image plane is the film itself. In today’s digital photography world the image plane is the digital sensor. There are many sensors and sensor sizes but we will leave that topic for another day. 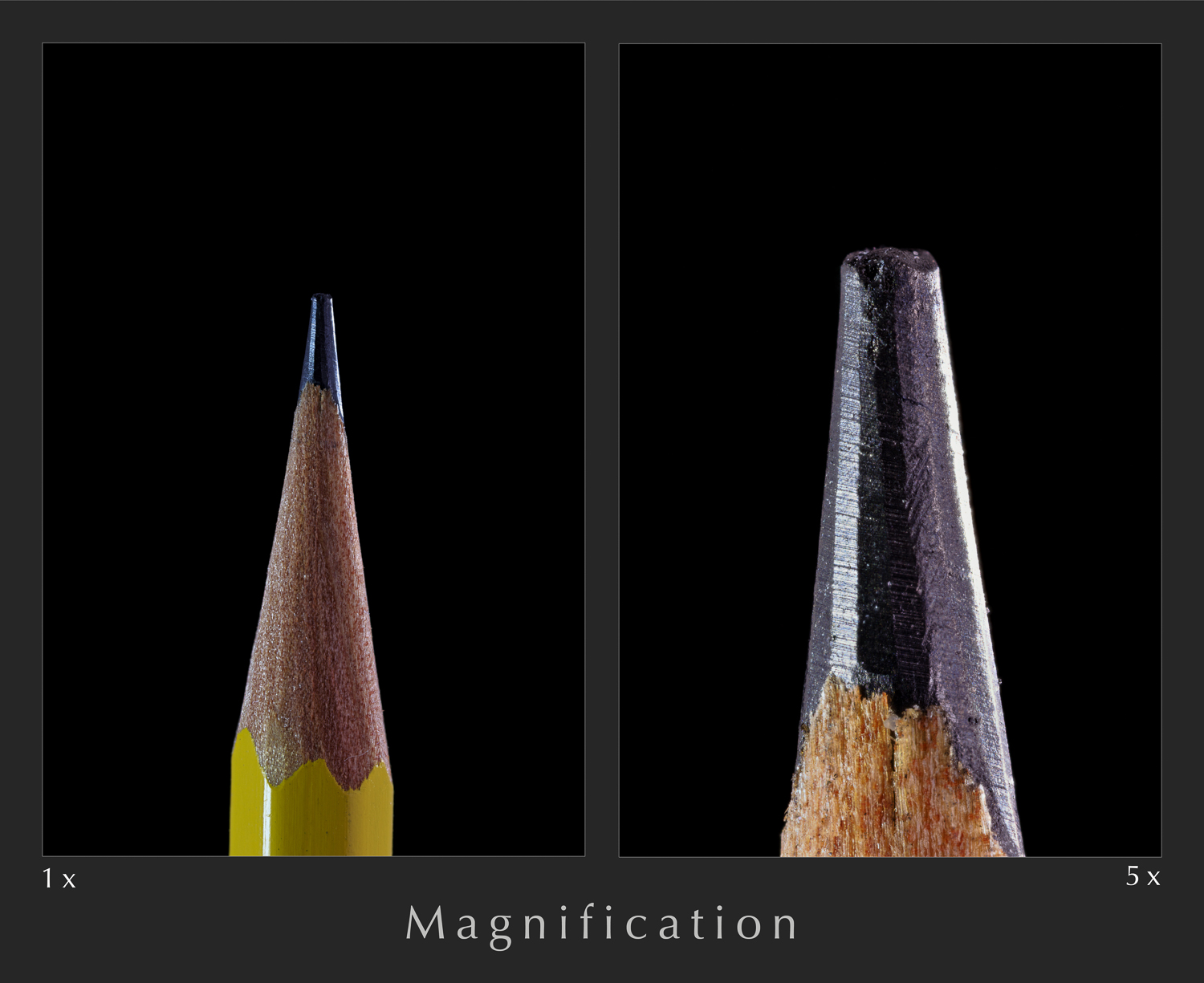 This image was taken with my Canon EOS 5D Mark III using my Canon MP-E65mm f/2.8 1-5x Macro Lens. The camera was set on Manual mode with the aperture set at f/6.3, shutter speed at 1/10th of a second (left image), 2.5 seconds (right image) and the ISO set at 100. I used my light box with LED lighting to photograph both images. Both images were put together with multiple images and I used Helicon Focus to stack them.