One thing I discovered when moving to Texas is that the state is full of squirrels.  The most popular squirrel is the Fox Squirrel (Sciurus niger). This squirrel is actually the largest species of tree squirrel native to North America. Their natural range extends throughout the eastern United States, north into the southern prairie provinces of Canada, and west to the Dakotas, Colorado, and Texas.

Fox squirrels have excellent vision and well-developed senses of hearing and smell. They use scent markings to communicate with other fox squirrels. Fox squirrels also have several sets of thick hairs or whiskers that are used as touch receptors to sense the environment. These are found above and below their eyes, on their chin and nose, and on each forearm.

I photographed this nice specimen while practicing bird photography at the Pedernales Falls State Park bird blind. I learned a lot about bird photography and I plan on sharing some of those images in the near future. In the meantime, enjoy this nice Fox Squirrel specimen. 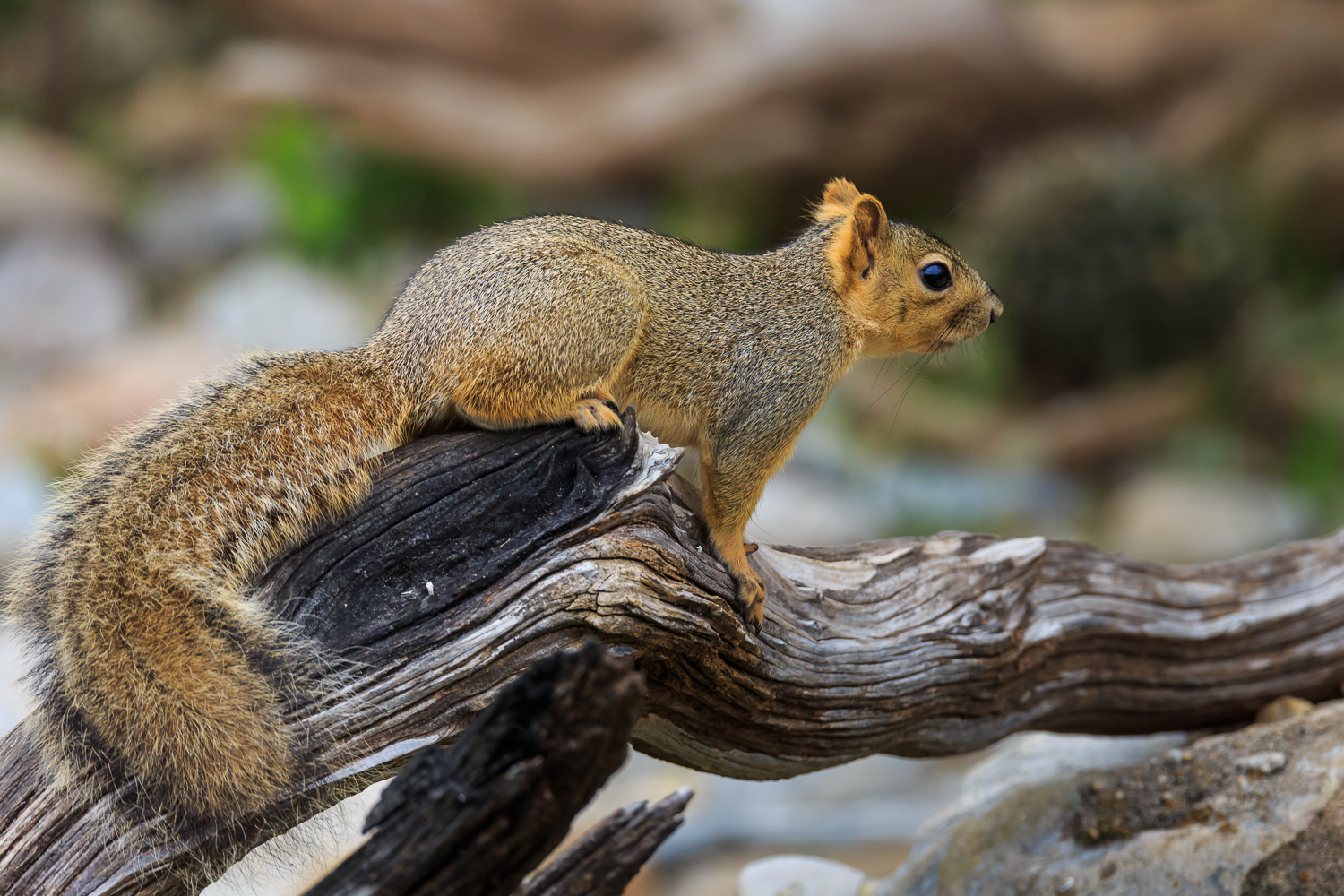