I found a few dead beetles in my back yard a couple of weeks ago and saved the best specimens to do some testing in my darkroom.  I especially wanted shiny beetles as they are the hardest to photograph under lights. I named this one “John” because John Lennon’s favorite color was green and he was a “Beatle” himself. :)

I could not figure out how to prop John up to shoot him without damaging him further so I laid him on a stick that I had already setup in my white box. 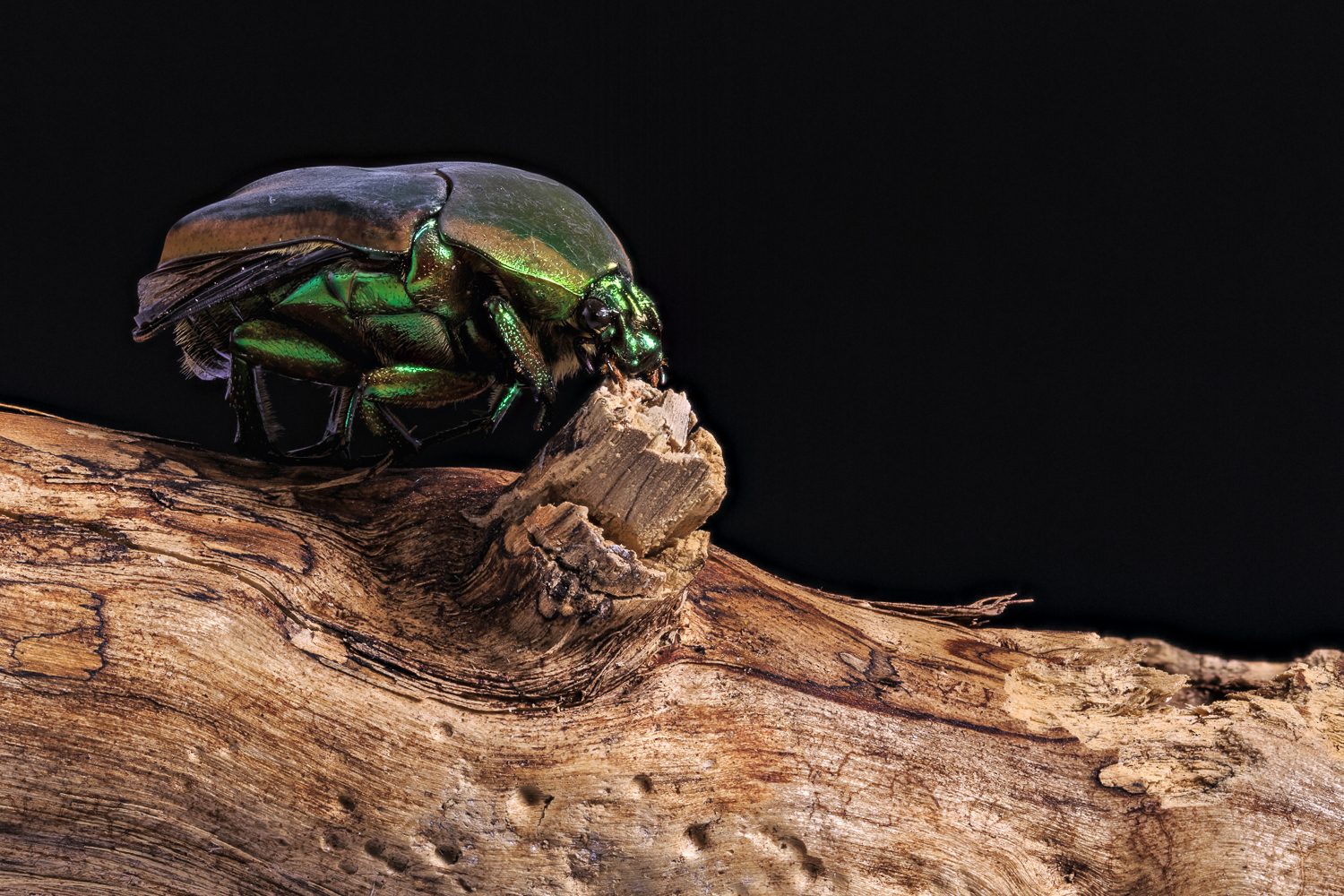 Amazingly, many of his details are still present, especially on his face. I was expecting quite a bit of damage but he’s held together quite well despite being in the sun. You can see how his shell has started to fade a bit so he’s not as bright and shiny as he once was. 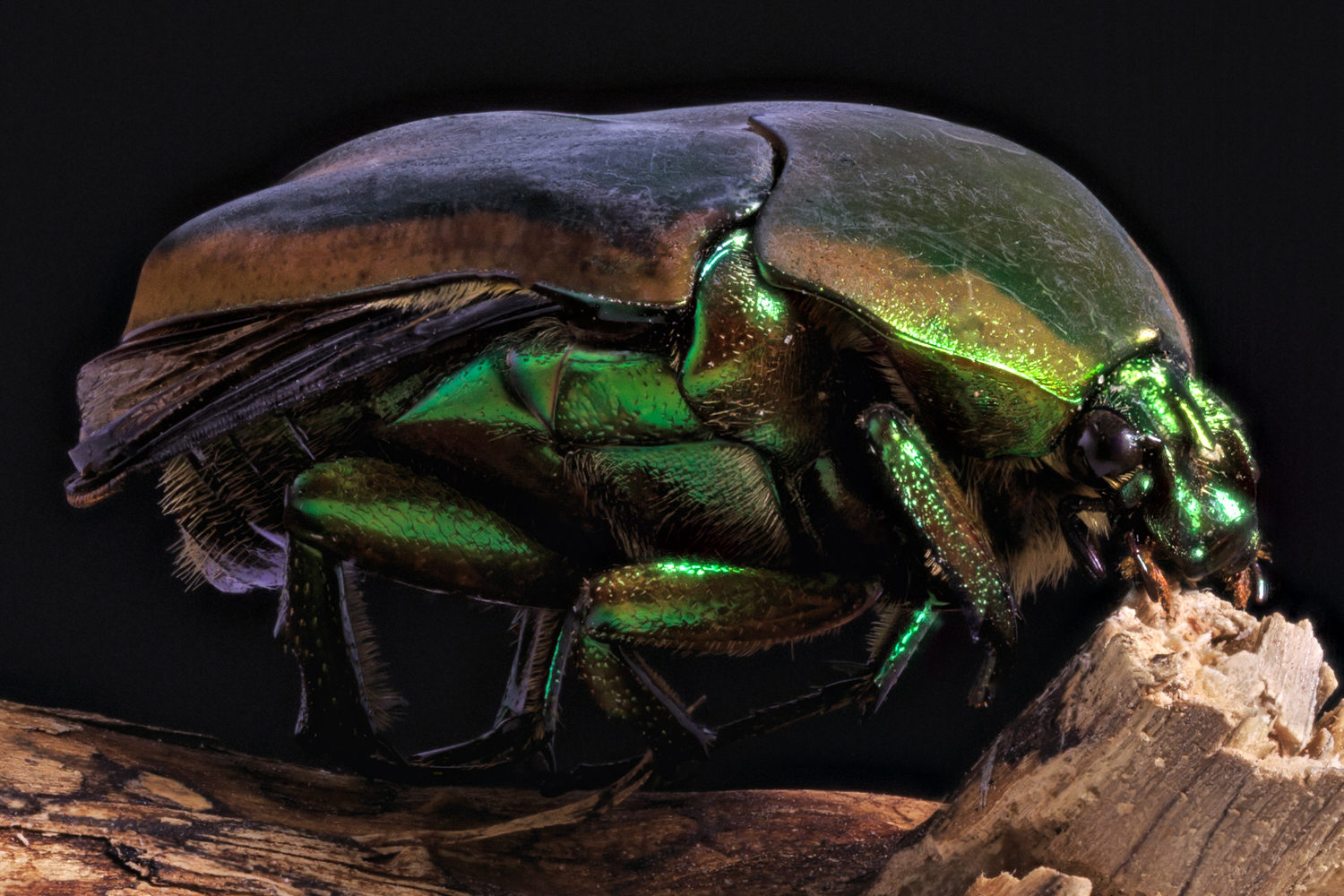 This image was taken with my Canon EOS 5D Mark III using my Canon 100mm f/2.8L Macro Lens. The camera was set on Manual mode with the aperture set at f/5.6, shutter speed at 1/20 and ISO at 100. I took a total of 13 images using Helicon Remote and stacked them using Helicon Focus. Lighting was done with two LED lights.  The larger LED provided direct lighting and was placed above and to his right.  The smaller LED was bounced off the left wall and provided fill light. I chose a black background to better showcase the grain in the wood, and, of course, John himself. Final processing was done in Lightroom and Photoshop.

Click on either image to get a better look at them. Please use the section below to post your comments, questions or suggestions.