I’m No Ansel Adams, but…

… I did take a photograph from the same area as he did and we share a love for photographing the American West.

In 1941 the United States National Park Service commissioned Ansel Adams to create a photo mural for the Department of the Interior building in Washington, DC.  The project was halted due to WW II and never resumed. The holdings of the National Archives Still Picture Branch include 226 photographs taken for this project, most of them signed and captioned by Adams. One of these photographs was of the Canyon de Chelly National Monuments, a photograph he titled “White House Ruin“.  This area is owned by the Navajo Indians and its access is restricted.

In the summer of 1999 I befriended a Navajo gentleman that I met one day on the side of the road.  He was selling his paintings and I asked him if he would trade paintings for photographs.  He laughed and said that his paintings were worth more than my photographs. Then, he paused and told me that he did have a need for a photographer. As it turns out, he was a coach for the Navajo Boxing Team and they were in need of photographs of one of their star boxers. The kid happened to be the son of Russell Means, a famous Navajo actor.  So, I shot the tournament at Fort McDowell, AZ a couple of weeks later.  One thing led to another and one day he asked me if I would be interested in shooting “White House Ruin”.  How could I turn that down! So, I did and this is the image that I captured.  Not as good as Ansel’s but good enough for me. 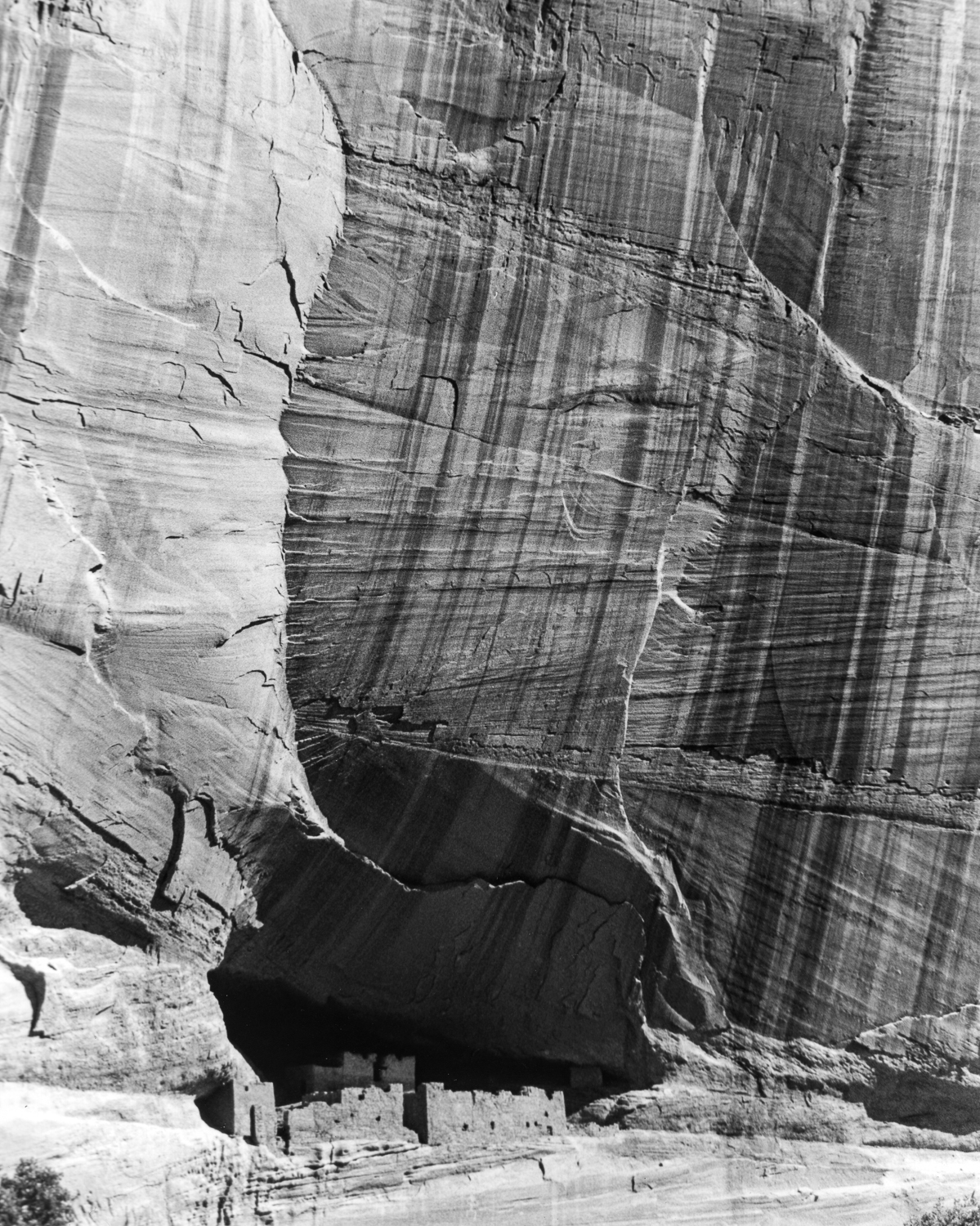 This image was taken with my Canon EOS A2E using Kodak PLUS-X Pan (ISO 125) film.  I don’t recall the lens nor the settings.  I do remember developing the film and making the prints in my makeshift dark room in my apartment in Phoenix.