I encountered these Great Egrets during my trip to the Gulf of Mexico in February. It was fascinating to watch these birds interact. Some were building nests, some were bringing food back to the nest, others were attracting mates, etc.. Although most Egrets nest high up in trees, these Egrets were nesting at ground level on an island in the middle of a bay. My take is that not many predators make their way out in the middle of the bay so it was probably a safe place to nest.

Heron’s and Egrets are great birds to observe, especially during the mating season. There are a variety of displays that require some interpretation. In some cases the Egret raises its head and neck, erects its neck feathers, and opens its bill slightly. This behavior is usually used in a low intensity greeting ceremony between mates. In other cases however, the bird will raise its head plumes in order to increase his apparent size and is used as a threat, mostly against another male. In this case, it appears that a male Egret has brought a twig and is handing it to his mate in the act of mutual nest building. Their erect neck feathers are a sign of a friendly greeting. A fascinating social spectacle for sure. 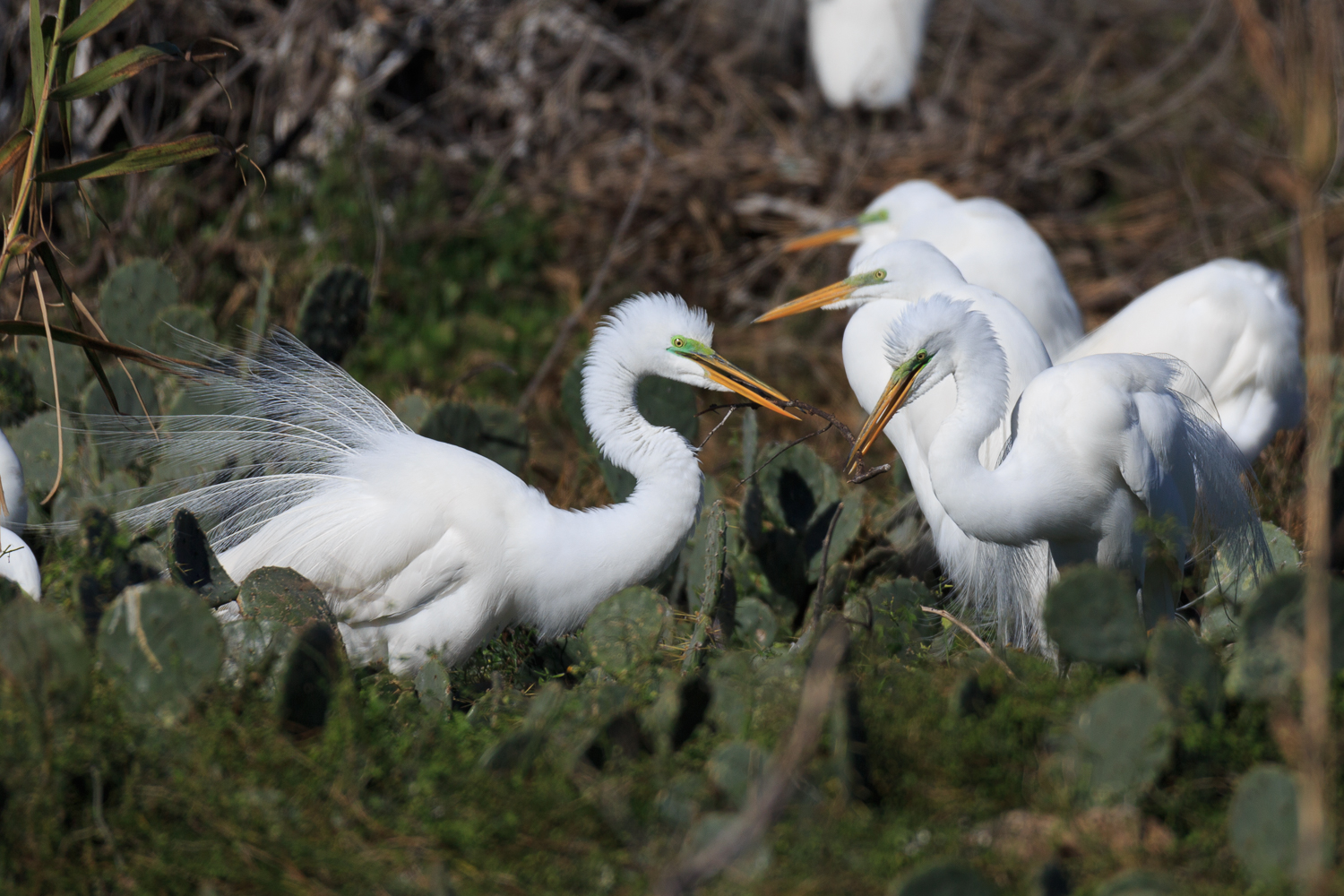 You can access the profile for the Great Egret by clicking here. Please use the section below to post your comments, questions or suggestions.

© 2016 T. Kahler Photography
PS: Please don’t respond to this message as it will not reach me. Either post a comment or forward your response to my email address (terry@tkahler.com)