I posted an image last week of a juvenile Whooping Crane so I thought it would be helpful if I posted one of an adult. This photograph was taken right after sunrise the day before. The lighting was more orange so the plumage looks less white than their natural, snow-white plumage. You will also notice that the Crane has a color-coded band on its right leg and a transmitter on its left one. Most of the adult Whooping Cranes that we saw were tagged and transmitters attached to their legs.

I did some research and found that this Crane (ID #2010-05) was tagged at Wood Buffalo National Park in Northern Alberta, Canada during the summer of 2010. The bird subsequently completed the migration to the Aransas National Wildlife Refuge in Texas before the end of November. It was tracked again in 2011, 2013 and 2014. Tracking is done by the Whooping Crane Tracking Partnership which includes private and government organizations such as the US Department of the Interior, the US Fish and Wildlife Service, the Canadian Wildlife Service and the International Crane Foundation. They all share the common goal of reversing the decline of the Whooping Crane population. 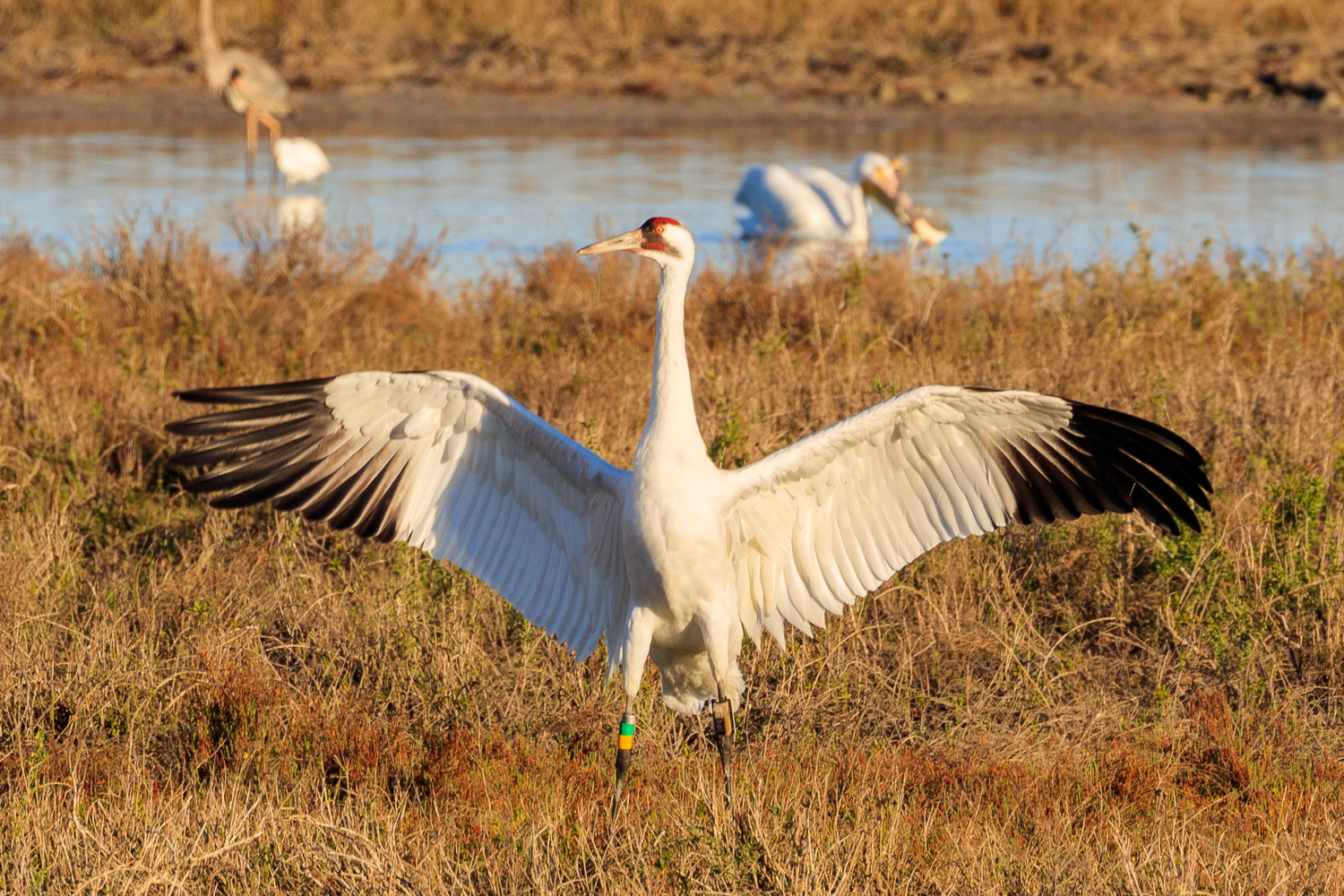 You can access the profile for the Whooping Crane by clicking here. Please use the section below to post your comments, questions or suggestions.