Monk Parakeets are not native to Texas but we have an abundant population in Austin. I have been trying to photograph this bird for some time but just never got the right opportunity. That was until I was out earlier this week photographing birds with a friend on Town Lake when I spotted a flock of them. We followed them until they settled down in an area with trees. That is where I photographed this Parakeet. Interestingly enough, the Monk Parakeets in Austin actually have their own Facebook page.  The page is dedicated to the latest news and bird sightings.

How did they get here?  Well, considerable numbers of monk parakeets were imported to the United States in the late 1960s as pets. Many escaped or were intentionally released. By the early 1970s, the parakeets were established in seven states. By 1995, it had spread to eight more. About 100,000 are now thought to be in Florida alone. I’m not sure how many live in Austin but the population is sizable. They are frequently spotted along Lady Bird Lake near downtown. So, if you happen to visit Austin you are likely to see them if head to that area. 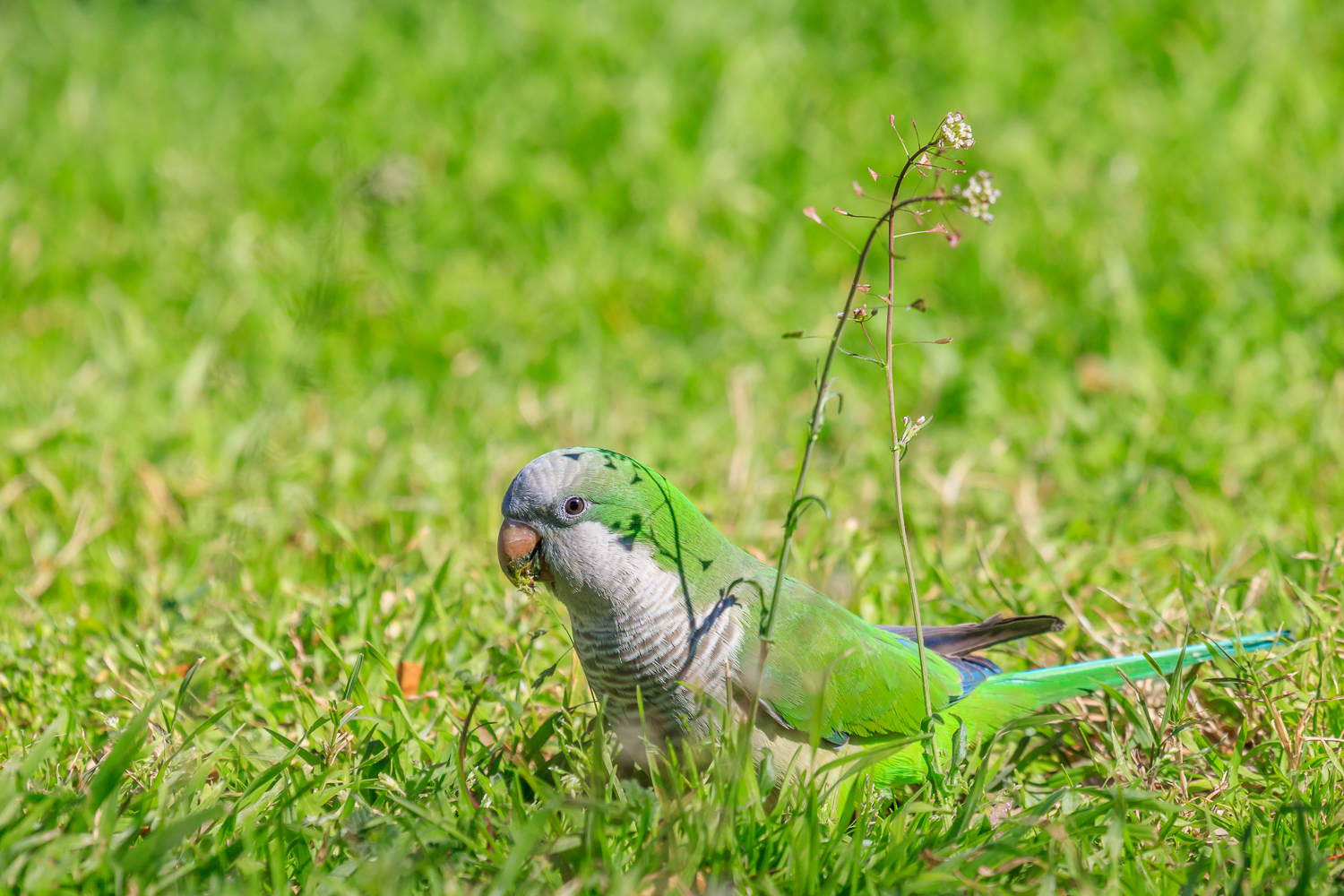 This image is best when viewed large. Click on the image to enlarge it. Also, you can access the profile for this bird by clicking here. Please use the section below to post your comments, questions or suggestions.